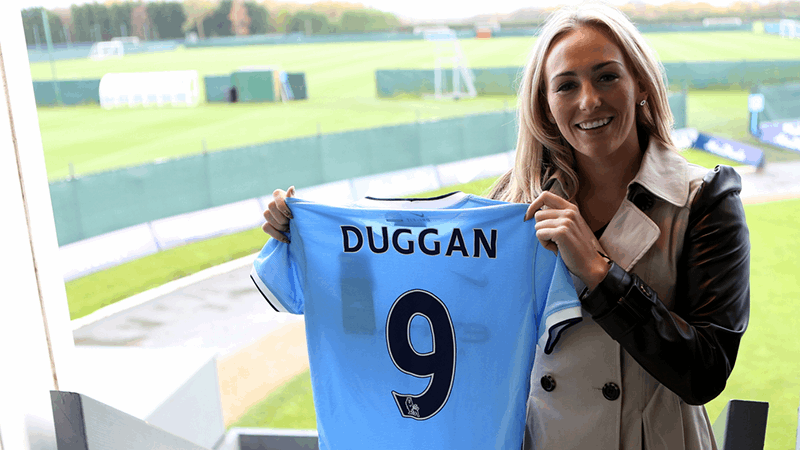 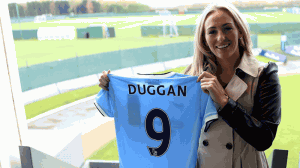 Manchester City Ladies’ collective wallet remains open, and this time the 2014 FAWSL entrants have acquired rising England star Toni Duggan, who made a name for herself at EURO 2013 this summer despite England’s failure to get out of their group.

Duggan is the third splashy signing for City, who began by picking up English international Jill Scott on a two-year deal and then signed England goalkeeper Karen Bardsley away from Lincoln.

“I’m delighted to get the move finished,” Duggan said. “City have always been a big club and when I met with them, I found that their plans for the women’s game are massive. They’re looking to take the game to the next level and that’s what it needs.”

Duggan, 22, played with Scott at Everton, where they finished fifth in 2013. Duggan has eight goals in 14 appearances for England, including a critical stoppage time equalizer against Russia in the group stage of EURO 2013 that briefly kept England’s hopes alive.

City are willing to spend big, and at one point targeted U.S. No. 1 Hope Solo, but the American looks set to stay in Seattle. Bardsley will clearly be the No. 1 for City.

Duggan gave an interview to Manchester City’s official site regarding her signing: