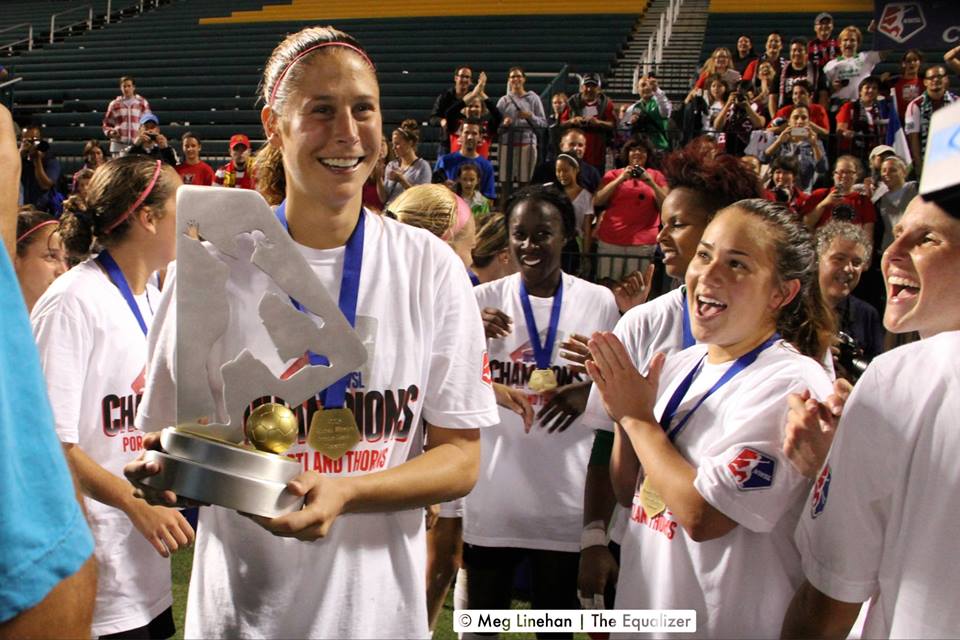 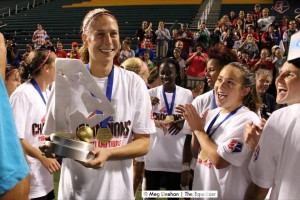 Dougherty, 29, played every minute for the Thorns in the NWSL playoffs and was particularly influential in the final, playing crosses in from advanced positions as the Thorns held off an early flurry from the Flash to gain control of the match and lead by halftime on a spectacular Tobin Heath free kick.

“It’s been a great season and the whole Thorns organization has been fabulous,” Dougherty told The Equalizer after the final.

Dougherty played in 19 of 22 regular season games for Portland and can leave the club with her name in the history books as the first-ever goal scorer for the Thorns.

Here’s the statement Dougherty issued through the team on Tuesday:

It was a hard decision and it’s going to be a change for me, but also a challenge that I look forward to in the future. Everything in my life, I owe to the game of soccer. It has brought me remarkable moments, memories and friendships. One of the best moments of my career has been to play in this city with such an amazing team and organization,” said Dougherty.

“I want to thank the fans for all of your support and everyone in the Thorns and Timbers organization that work behind the scenes to keep everything running. I also want to thank Merritt Paulson and Gavin Wilkinson for giving me the opportunity to play for such an amazing organization as well as my family and husband for their constant support. Finally, I want to thank all my teammates, both on the Thorns and previous teams in my career, for making me a better player and person. The friendships and memories you’ve provided are the greatest gifts I will take with me.”

Dougherty played two seasons with the Chicago Red Stars and one season with the still mysterious fiasco at magicJack, playing those seasons under her maiden name, Marian Dalmy. She made 11 appearances for the United States from 2007-09, starting two games.

Portland now have some serious questions to answer at fullback following the departure of both their starters on the right and left, Dougherty and Nikki Marshall. Thorns owner Merritt Paulson teased on Twitter that announcements on moves are coming, beginning Wednesday.