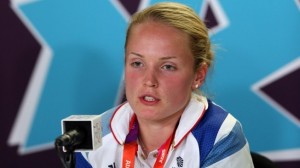 Seattle Reign FC continue to be the most active NWSL team in the offseason, this time signing Scottish midfielder Kim Little and sending midfielder Christine Nairn to the Washington Spirit.

The Reign’s acquisition of Little’s rights was contingent upon the club being able to sign the 23-year-old, who agreed to a one-year contract with a club option for 2015. Little, who was previously claimed by Washington as a discovery player, spent the last six years with Arsenal, which was managed by Seattle coach and GM Laura Harvey from 2010-12.

“Kim is world-class,” Harvey said. “Her talent and proven experience will be a huge asset for our team in the coming seasons. Having coached Kim for nearly four years, I have no doubt that her creativity and goal-scoring ability will prove an exciting proposition for the NWSL.”

“First and foremost, the NWSL is the best league in the world with the best players,” Little said in a release. “I’m looking forward to training with the team every day and experiencing a much quicker speed of play.”

Nairn, the No. 7 overall pick in the 2013 NWSL College Draft, ended her rookie season with three goals and five assists, starting all 22 games for Seattle. She was born and raised in Maryland, where the Washington Spirit play.

“Christine brings great technical quality and creativity with tremendous amounts of fight and desire,” Spirit coach and GM Mark Parsons said. “She was one of the best young players in the league last season and it’s very exciting knowing she will be in a Spirit jersey next year.”