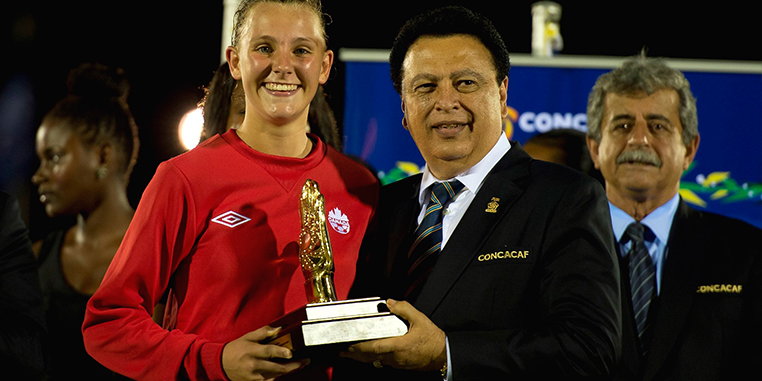 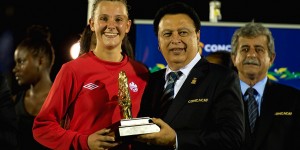 The Canadian U-17 women lost the final of the CONCACAF Championship while fighting a collective stomach virus. (Photo: CONCACAF.com)

In soccer you can prepare for almost everything. The field conditions, hostile crowds, extreme weather, you make it, a good coach will have made his or her players ready for whatever the game gives them.

However, there is one thing even the very best coach can’t prepare for — illness.

Such it was for Canada’s Bev Priestman in the lead up to last week’s CONCACAF U-17 final against Mexico.

With the majority of players fighting a terrible stomach virus, Canada failed to find the net in losing to Mexico on penalties after going scoreless over the 90.

Still, Priestman was not offering excuses when speaking to The Equalizer by phone Wednesday.

“Ultimately the doctors did a great job getting the girls through it,” she said. “It might have shown (in the results), who knows, but regardless I was very proud of the way the girls played against Mexico.”

By making the final, Canada qualified for the U-17 World Cup in Costa Rica next year. Priestman stressed the importance of that as part of the overall development of the players.

However, even at a national team level, the process is as vital as the end goal — Priestman is trying to create great players, not just a great team.

And, great players are good on the ball. “Live on the ball” is a philosophy that is stressed throughout the Canadian system and an ability to maintain control and create is valid above all else.

“If someone (from outside the team) were to dissect the Canadian team I’d like them to say that they kept the ball well,” she said.

The girls will now return home to focus on their schooling until late January. Then, the final prep will take place in the lead up to Costa Rica. Priestman says she hopes to book international friendlies in February.

In the meantime she left her players with a message to hold onto while training with their local clubs.

“We’ve had a bit of a mantra to ‘be comfortable being uncomfortable’,” she said. “When they go back to their home clubs and are maybe the best player they need to push themselves to be better.”

She leaves the Canadian set-up with 65 caps and was a member of the 2012 Olympic bronze medal winning side, as well as the 2002 U-19 side that won silver in the first female youth World Cup.

A graduate of the University of Florida, Booth also played for the Vancouver Whitecaps and Toronto Lady Lynx. She retires at age 29.