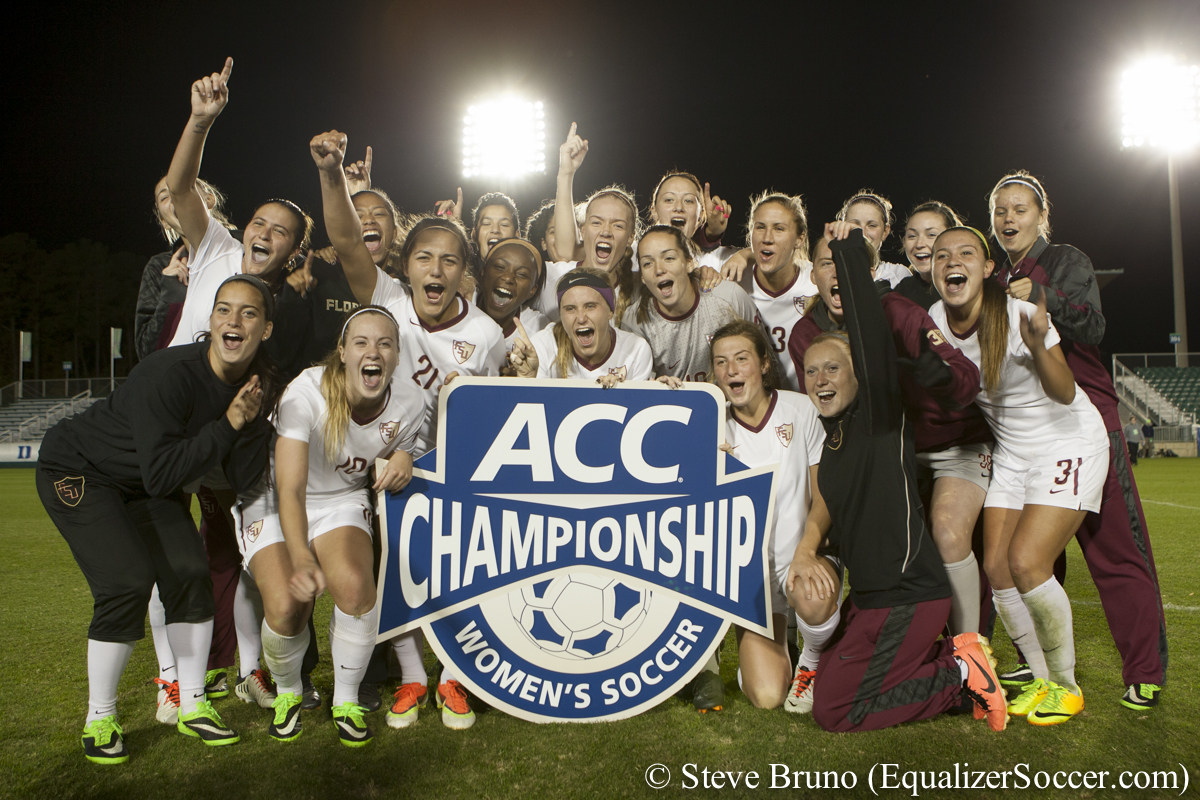 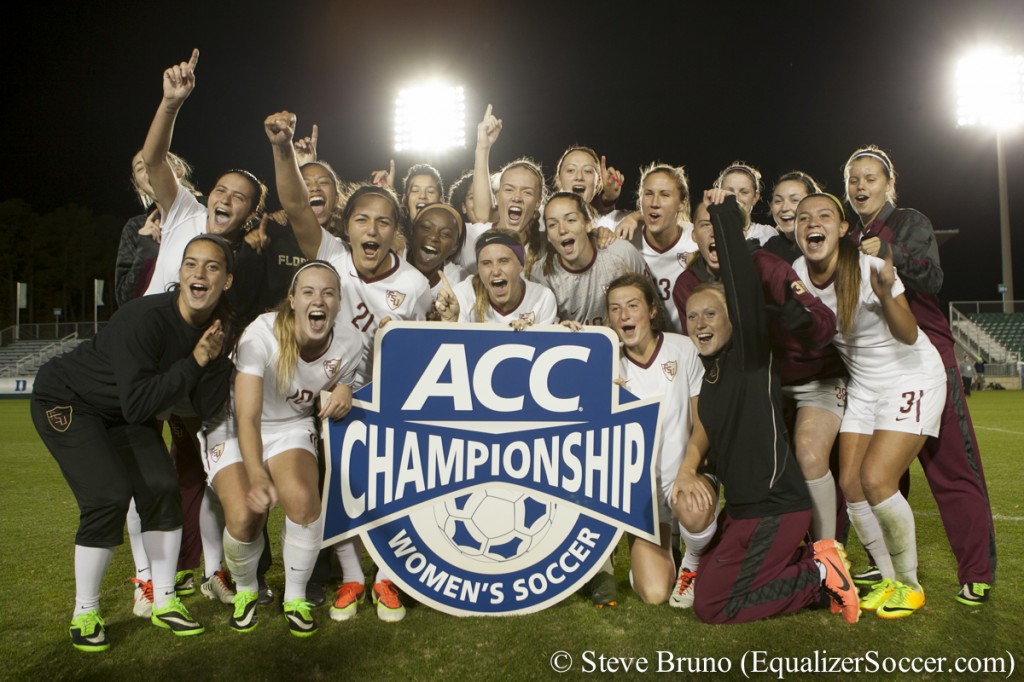 No. 3 Florida State defeated No. 6 Virginia Tech 1-0 on Sunday in the Atlantic Coast Conference championship game on a 36th minute goal from Dagny Brynjarsdottir. It’s the second ACC title for the Seminoles, who also won the conference in 2011.

Virginia Tech was shut out for just the second time this year and had few chances in the first half. Things opened up for the Hokies in the final 15 minutes, but they were unable to find a way through the Seminoles’ defense.

“We know them better,” FSU coach Mark Krikorian said after the game. “When you’ve played someone before, you kind of get a better look at them.

Now Florida State turns its attention toward the NCAA tournament and a sure No. 1 seed.

Lyon take edge over Potsdam into Leg 2
What we learned: USWNT ends 2013 unbeaten