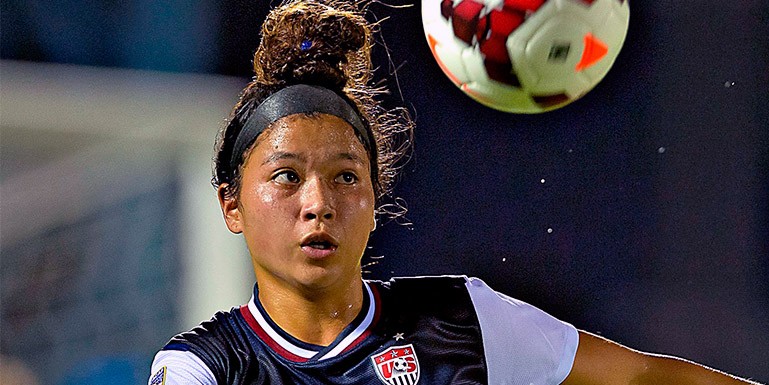 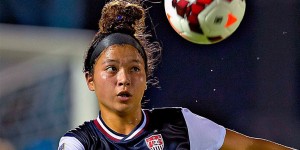 Zoe Redei and the USWNT U-17s failed to qualify for the World Cup. (Photo: CONCACAF.com)

The United States U-17 women’s national team has missed out on the World Cup for the second time in three cycles after being stunned by Mexico, 4-2 on penalty kicks.

Mexico advances to Saturday’s final to face the winner of the second semifinal between Canada and Jamaica, but more importantly, qualify for the 2014 U-17 Women’s World Cup in Costa Rica. This will be Mexico’s third U-17 Women’s World cup. Canada also advanced to the World Cup with a 5-0 thumping of qualifying host Jamaica.

The U-17 U.S. women failed to qualify for the 2010 World Cup after rolling through the group stage with a goal difference of 38-0, but they played to a 0-0 draw with Canada after extra time in a CONCACAF semifinal and lost on penalty kicks. That was the first time any U.S. women’s team has failed to qualify for a World Cup at any age level. The U.S. U-17 have never officially lost a CONCACAF Championship game, but have advanced to only two of the four all-time tournaments.

Last year, the U-17 U.S. women failed to get out of their World Cup group due to goal differential.

Mexico’s Briana Woodall stunned the United States with a 5th minute goal, but Madison Hayley pulled one back for the U.S. 20 minutes later. Woodall was left unmarked in the box as she buried a header over U.S. goalkeeper Lauren Rood. The goal was the first given up by any U.S. U-17 women’s team in the last 1,223 minutes of CONCACAF World Cup qualifying.

Hayley got in behind on a breakaway for the U.S. nine minutes later, but pushed her shot wide of the far post. Hayley had a header in the 18th minute that also went wide as the Americans pressed for an equalizer.

Hayley eventually scored in the 26th minute, when Mallory Pugh dribbled to the endline and played a ball back to Hayley for the tap-in to notch the game at 1-1.

Rood was on the wrong end of a rare call in the 58th minute when the referee determined the American goalkeeper held the ball for too long, but Rood made the save on the ensuing indirect kick.

The game remained scoreless until penalty kicks, where Americans Taylor Racioppi and Zoe Morse each had their penalty kicks saved by Emily Sofìa Alvarado.