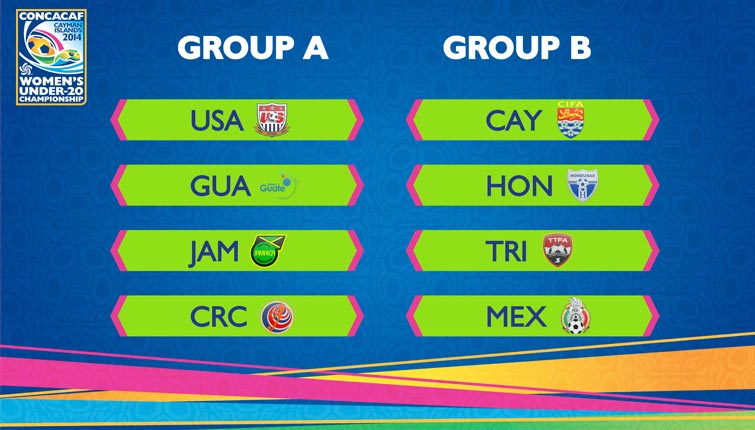 CONCACAF drew its two groups of four teams each for January’s U-20 women’s championship to determine which three teams will join Canada at the 2014 U-20 Women’s World Cup.

The United States was drawn into Group A alongside Guatemala, Jamaica and Costa Rica. Group B features qualifying tournament host Costa Rica pitted against Honduras, Trinidad & Tobago and Mexico.

Already qualified for next summer’s U-20 Women’s World Cup are England, France, Finland and Germany from Europe, as well as China, South Korea and North Korea from Asia. Canada qualifies automatically as host. Two slots from Africa, two from South America and one from Oceania are still up for grabs.

The United States won the last edition of the U-20 Women’s World Cup, in Japan in 2012, when Kealia Ohai’s lone goal stood up in the final against Germany, who were defending champions at the time and heavily favored.

Here’s the full schedule for the CONCACAF U-20 Women’s Championship: