US U-17 women top Canada, advance to semis 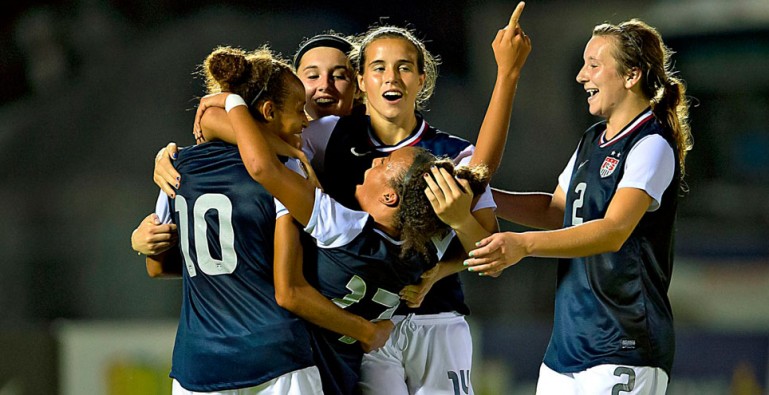 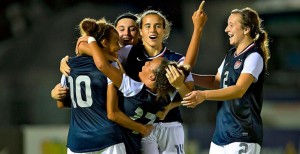 Zoe Redei and Mallory Pugh scored for the United States U-17 women’s national team in a 2-0 win over Canada, clinching first in Group B of CONCACAF World Cup qualifying. Canada settles for second in the group, but still advances to play host Jamaica in the semifinal round on Thursday. The U.S. will play Mexico, with the winner of each semifinal advancing to next year’s U-17 World Cup along with host Costa Rica.

Redei opened the scoring in the 36th minute with a right-footed tap-in and Pugh sealed the victory with a 62nd minute tap-in off a pass from Redei.

Defender Mika Richards left the pitch on a stretcher in the 85th minute after conceding a penalty kick. Canada goalkeeper Rylee Foster came up huge, though, stopping Marley Canales’ PK and then on the follow-up to keep the match at 2-0. It would end that way, with the U.S. women winning Group B and each team advancing to the semifinals.

The U.S. and Canada have a rich recent history in U-17 Women’s World Cup qualifying, with Canada eliminating the Americans in 2010 and keeping them out of the World Cup on penalty kicks. It was the first Women’s World Cup the U.S. missed at any age level, and they missed it despite outscoring opponents 38-0 in qualifying. The U.S. U-17s haven’t conceded a goal in qualifying since 2008, a span of 1,188 minutes.

In 2012, the U.S. avenged that loss from two years earlier by beating Canada in the final of qualifying, but the Americans didn’t get out of the group at the World Cup last year due to goal differential.