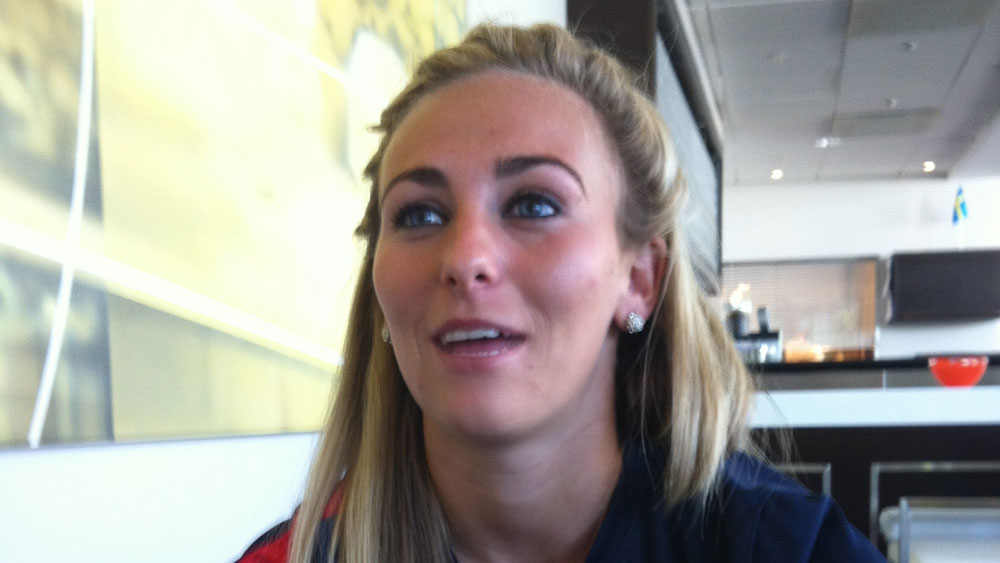 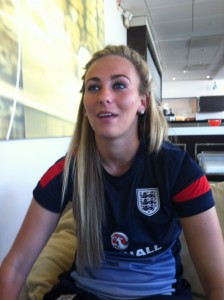 Toni Duggan scored again for England as they continue to roll. (Photo copyright Harjeet Johal for The Equalizer)

UEFA Women’s World Cup qualifying continues to march on, with several group leaders picking up victories on Thursday and several others picking up key victories.

The biggest result of the day belonged to Spain, which beat Italy 2-0 to go level on points with the Italians atop Group 2. Spain have a game in hand, though, and control their destiny early on now. Sonia Bermúdez and Natalia scored on each side off halftime for Spain, who continue to build on a good year after advancing to the EURO 2013 quarterfinals.

England continue to cruise under interim coach Brent Hills, beating Turkey 4-0 after a weekend win over border rival Wales. Fara Williams, Eniola Aluko, Jordan Nobbs and Toni Duggan all scored against Turkey. Could Hills be cementing his place as permanent manager? England are 9 pts. clear in Group 6, though they have played more games than everyone else in the group.

Finland’s 1-0 win over Kazakhstan — with Annica Sjölund scoring the game-winner in the 40th minute — keeps them as pace-setters ahead of France in Group 7, though France has played one less match.

Sweden’s 5-0 win over the Faroe Islands finally gives Pia Sundhage’s an emphatic result, but Scotland, having played one more match, continue to lead Group 4 with 12 pts. after a 4-0 win over Poland. Jane Ross scored a hat trick for Scotland.

And Belgium’s 4-1 win over Portugal keeps Group 5 tight after Norway defeated the Netherlands 2-1 on Wednesday. Norway and Belgium are both on 9 pts., but Belgium have played four games to Norway’s three. The Netherlands, three games into qualifying, have 6 pts.