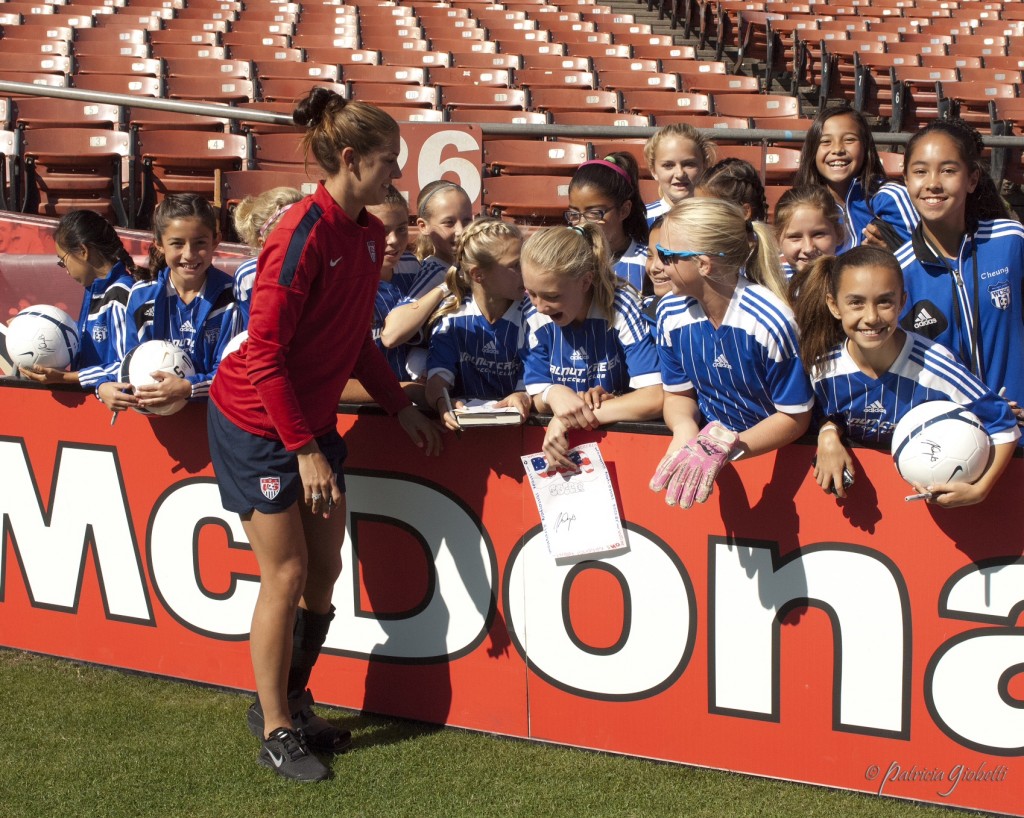 Alex Morgan had a walking boot on at USWNT practice on Saturday. (Copyright Patricia Giobetti | http://www.printroom.com/pro/psgiobetti)

Alex Morgan will miss Sunday’s United States women’s national team game against New Zealand with a left ankle sprain. U.S. Soccer tells The Equalizer that Morgan picked up the injury during training in San Antonio this past week and that she’s being held from the game as a precaution. She had a walking boot on at U.S. practice on Saturday (pictured above).

Morgan has six goals and four assists in 11 games with the United States this year. She won the National Women’s Soccer League Championship with Portland Thorns FC in August, coming on as a substitute in the final after missing three weeks due to an unrelated left MCL sprain suffered in NWSL play.

The U.S. is fresh off a 4-0 win over Australia and faces New Zealand on Sunday in San Francisco before Wednesday’s game in Columbus, Ohio. The Americans end their 2013 schedule on Nov. 10 against Brazil (3:30 p.m. ET on NBC).