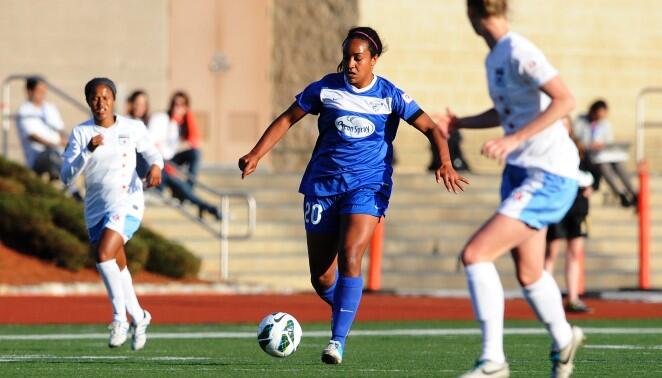 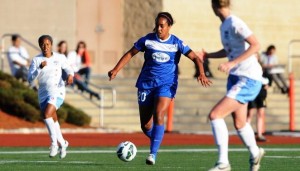 The Boston Breakers have executed another trade with Seattle Reign FC, sending Mariah Nogueira to the Pacific Northwest in exchange for third round college draft picks in 2014 and 2015. That gives Boston the No. 18 pick from Seattle.

Boston now hold the No. 7, 18, 20 and 28 picks in the 2014 NWSL College Draft after an earlier trade with FC Kansas City that saw the Breakers acquire Courtney Jones and swap the No. 4 pick for the No. 7 selection. It’s been a busy offseason thus far for Boston, who also got midfielder Kaylyn Kyle from Seattle in exchange for defender Carmelina Moscato.

“Mariah will add needed depth to a midfield that will be anchored by Jess Fishlock and Keelin Winters next season,” Reign FC general manager and coach Laura Harvey said. “We saw the impact Mariah can make on a match, so we’re excited to add her to our squad as we seek to make significant improvements to the results we achieved last season.”

Wednesday’s trade in isolation is a curious one for Boston, who give up their No. 13 overall pick from the 2013 draft. Nogueira is a young defensive midfielder who showed significant upside in 2013, when she started 16 of the 20 games in which she played, scoring three goals and adding an assist.

It’s a wonder if these two trades between Seattle and Boston should be looked at as one. Separately, they are lopsided. Kyle, a regular starter for Seattle in 2013, traded for Moscato, who struggled for minutes in Chicago and Boston. Nogueira for a pair of late-round draft picks doesn’t make sense, either. But Moscato and Nogueira for Kyle and a pair of third round draft picks? That seems a bit more balanced.

The real question: How much of a say did the Canadian Soccer Association have in the changes? In the case of Kyle and Moscato — a trade that could very logically be linked to this Nogueira trade — conceivably plenty. The parties involved say the trades were unrelated.