Good shape, momentary lapses for young US defense in win over Australia 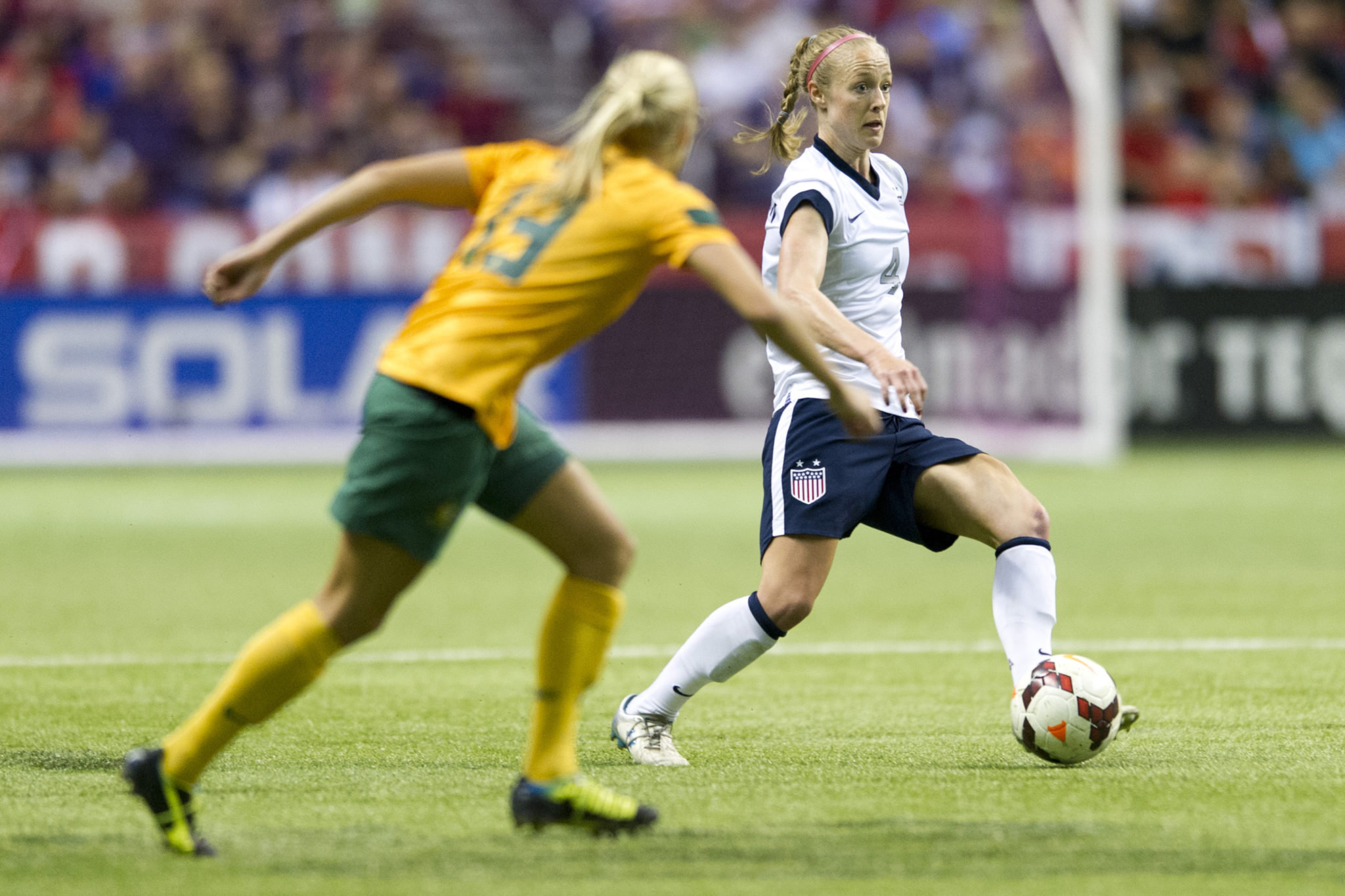 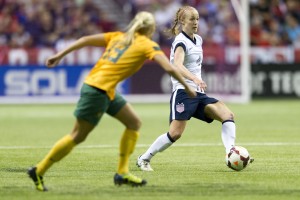 Lisa De Vanna thrice worked her way into a one-on-one position against U.S. goalkeeper Hope Solo in the opening half hour on Sunday. Solo did what she usually does — made big saves — and won all three individual battles to keep De Vanna and Australia off the board in the United States’ 4-0 win.

On the surface, De Vanna’s open chances are cause from concern for the Americans, who very easily could have been down 1-0 within two minutes. De Vanna could certainly have finished one or two of those chances on another day, just as several other strikers on other teams might have. And the chances all came with De Vanna drifting to Australia’s left, where she slipped behind 21-year-old U.S. fullback Crystal Dunn.

Dunn looks to be the most promising and athletic of the crop of outside backs, with tremendous upside to an already decorated career at the youth and collegiate levels. Early in Sunday’s match, Dunn got pinched inside and caught ball-watching on occasion in those opening 30 minutes but later corrected that. And, as usual, Dunn got forward with speed and a purpose, combining with Heather O’Reilly and teammates on the right flank.

The entire U.S. back line — one Sermanni says still isn’t set as he searches for answers — had some moments of small concern, including a giveaway in the first half from Engen that led to some chaos.

Take out Becky Sauerbrunn, and the rest of Sunday’s starting back four — Whitney Engen, Meghan Klingenberg and Dunn — had a combined 20 caps. It’s a back line that collectively never played together. So there was some unfamiliarity, and, as Sermanni knew there would be amongst the whole team after six weeks off, there was some rust.

But on the whole, Sunday’s new-look back four was fundamentally sound. Even a freeze-frame of some of DeVanna’s chances show good shape from the back four, which provided pressure, cover and balance in a triangle that remained compact. There’s little to criticize, positionally.

Australia’s chances came from the U.S. being numbers down in the back and caught on counter attacks, usually with Klingenberg pushed high and wide when the ball was turned over. That is what is going to happen as Sermanni pushes for his fullbacks to get forward, putting the onus on the center backs to handle such scenarios, who will sometimes be one-for-one against forwards. And Sauerbrunn is a center back who will also push forward, as she had in the second minute when the U.S. got caught in a two-vs.-two counter.

Part of that issue is figuring out what to do with the defensive midfielder role. Carli Lloyd has been groomed into the holding midfielder role, but she’s best going forward and getting in front of net. When the U.S. sends numbers forward, there will need to be some cover.

Is the U.S. ready for that? Do they have the personnel? Time will tell, but this is the stretch to test things out, which Sermanni did on Sunday. Ali Krieger did not feature in the team Sunday after a trans-Atlantic flight and captain Christie Rampone is still recovering from minor knee surgery. Fullbacks Leigh Ann Robinson and Stephanie Cox, in her first U.S. camp in well over a year, did not play Sunday in their only day of availability for this camp. Kelley O’Hara is still several months out from recovering from right ankle surgery.

“This is the first time in a long time that I have so much excitement in our defense,” Solo said on NBC after the game. “It gives me excitement because they play both sides of the ball, not just great at defending, but you see them getting down the line.”

Sunday a chance to continue building, Sermanni says
Cavaliers assert themselves with win over UNC