US women cruise past Australia, 4-0 (highlights) 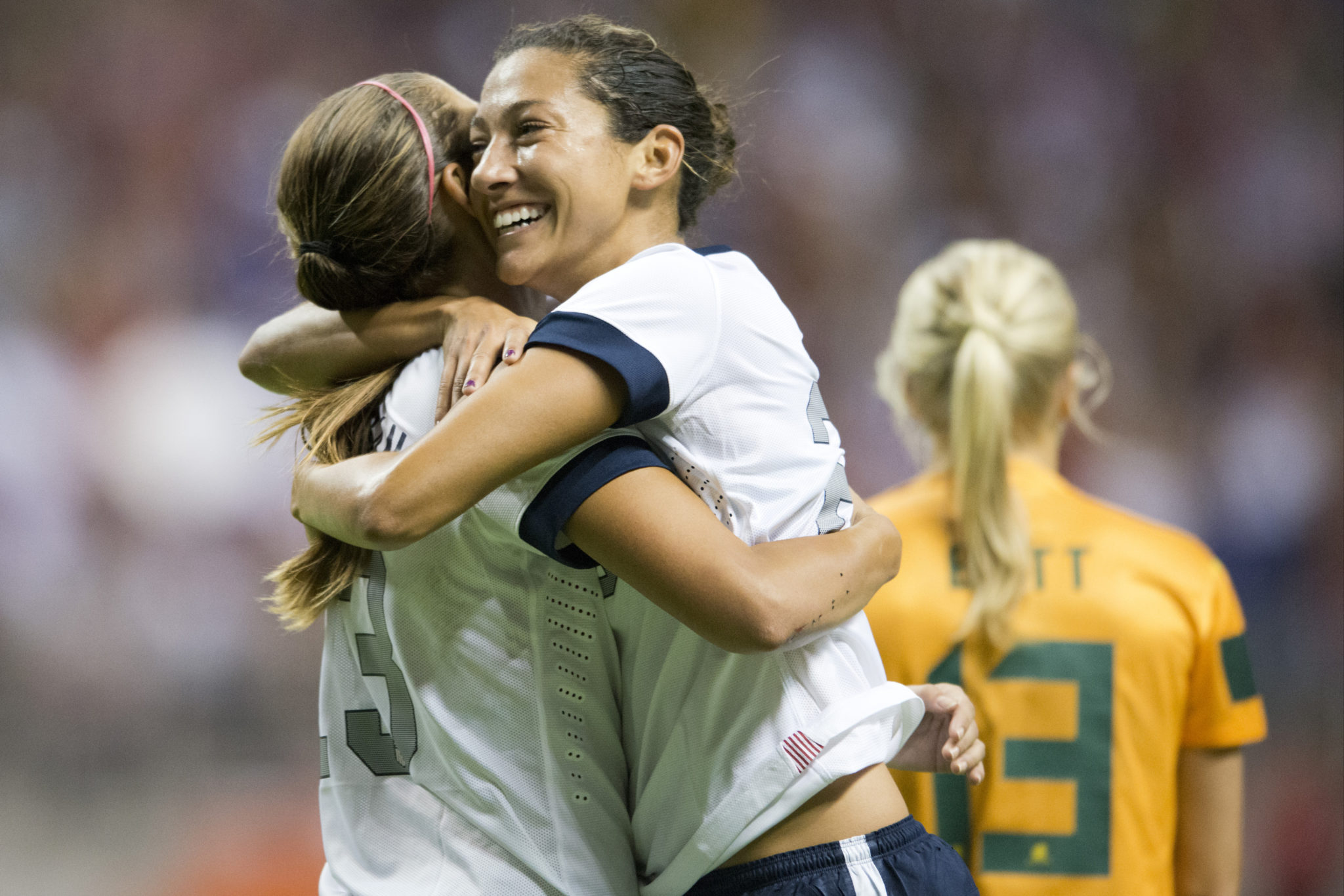 Four different players scored as the United States women’s national team defeated Australia 4-0 on Sunday in front of 19,109 fans at the Alamodome in San Antonio, Texas. The win extends the Americans’ unbeaten streak to 36 games overall and home unbeaten streak to 74 games.

Lauren Holiday opened the scoring in the 6th minute on a volley that deflected into the net, and Carli Lloyd hit a signature, powerful rip of a volley eight minutes later to double the U.S. lead.

Lloyd played provider in the second half, delicately chipping a ball over the Matildas’ back line to Abby Wambach, who tapped it past a stranded Lydia Williams in goal. Christen Press capped the scoring in second half stoppage time when Alex Morgan dummied Heather O’Reilly’s low cross, which found Press at the back post for the outside of the right foot finish.

“Giving up four goals is a bit too much for me,” Hesterine de Reus said. “We were a capable of creating dangerous opportunities … but we struggled a lot on defense and couldn’t get control of the game.”

Hope Solo thrice denied Lisa De Vanna one-on-one to keep the Australians off the board. De Vanna out-paced U.S. defender Crystal Dunn — possibly the fastest American player — to get in behind and force huge saves from Solo in the 2nd, 20th and 27th minutes.

“We were a bit rusty at times and allowed Australia to get behind us, and Hope really came up big. Australian teams are notoriously difficult to play,” said U.S. coach Tom Sermanni, playing against the team he managed for 11 years over two stints, the latest up until the end of 2012. “We left ourselves very open in the first half, and were kind of our own worst enemy…. You never quite harness De Vanna. She always bring something.”

Kari Seitz served as the referee in the match, her last match after a 28-year professional career.