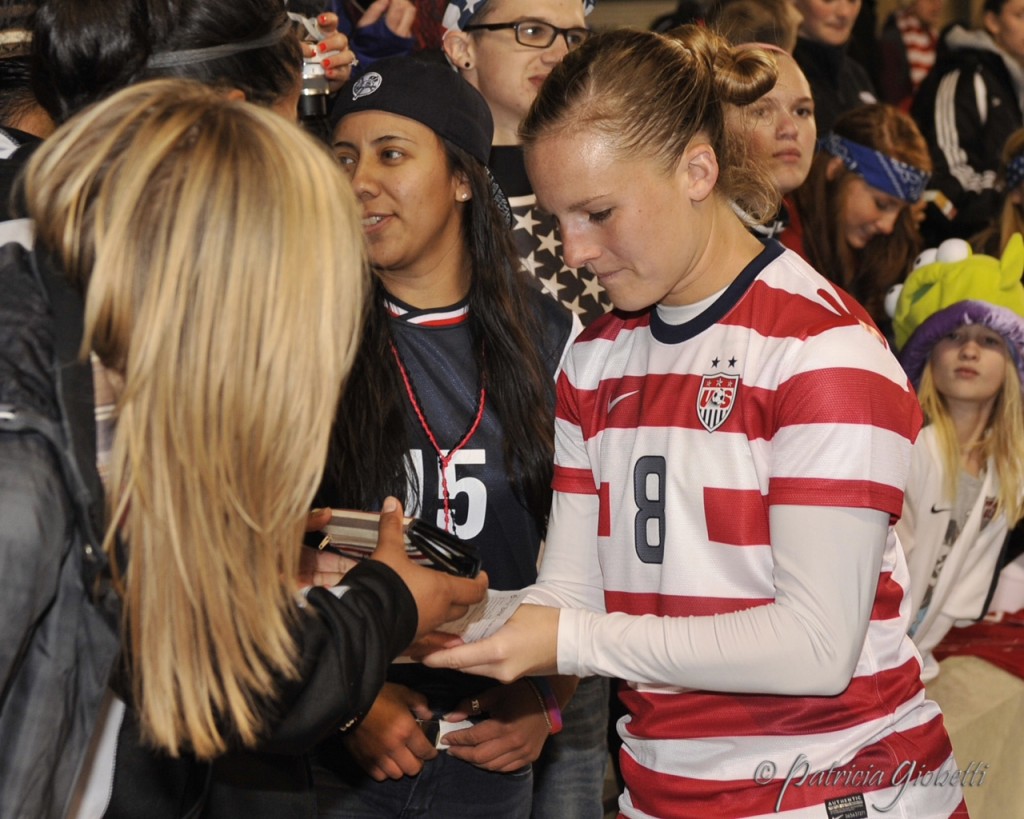 Amy Rodriguez plans to be ready for the 2014 NWSL season after giving birth in August. (Copyright Patricia Giobetti | http://www.printroom.com/pro/psgiobetti)

Amy Rodriguez is currently training and expected to join Seattle Reign FC for their 2014 preseason.

Rodriguez, who has appeared for the United States 102 times, scoring 26 goals and adding 17 assists, missed the entire National Women’s Soccer League season after announcing in January that she was pregnant. She gave birth to her son, Ryan John Shilling, on August 6.

Whether or not Rodriguez will be subsidized by U.S. Soccer remains to be seen, but she’s clearly motivated to continue playing, from everything we’ve been told.