The women’s soccer world was abuzz last week over the news that FIFA has commissioned a task force to determine whether a Women’s World Club Cup was a viable option.  For the moment it seems a good idea to try and build up the continental championships that produce the field for the men’s event.  In Europe the last 32 of the Women’s Champions league kicks off Wednesday.

There is no group stage for the women.  The last 32 teams—some who arrived via qualifying ties—play a straight knockout format with two-leg series until the final.  For U.S. fans there are several familiar faces involved in the event and one scintillating matchup that will see a contender out by next week.

The featured tie pits Tyresö against Paris Saint-Germain, with the first leg in Sweden.  Tyresö is home to Marta and Veronica Bouquette—the only players to be MVP of WPS—and figure to give Tobin Heath, Lindsey Horan, and PSG all they can handle.  Marta, in an interview on uefa.com, went so far as to say the Swedish League is more challenging than the French.

Tyresö has become a haven for American players.  Ali Krieger and Ashlyn Harris signed and were in the team before NWSL had completed its playoffs.  Meghan Klingenberg and Christen Press also play at Tyresö.

— Holders Wolfsburg will be favored to move through against Estonian champions Pärnu JK.  The Estonian side advanced out of qualifying after six unsuccessful tries at that level.

— The trio of Americans on the Zorky (Russia) squad will get open their Champions League experience in Iceland against Thor/KA.  Amy Barczuk, Ashley Nick, and Alyssa Mautz could all feature for the Russian side.

— Lyon, finalists the last four years with trophies from 2011 and 2012, open with a tricky tie against Dutch side FC Twente.  Lyon midfielder Camille Abily injured her ankle two weekends ago and will be unavailable for the trip to the Netherlands.

— Arsenal open with what appears to be a soft opponent: WFC SSHVSM Kairat, the champions of Kazakhstan.

— The other English side, Birmingham City, also open away in Finland against PK-35 Vantaa.

— An all Scandinacian clash pits Swedish side FCR Malmö against LSK Kvinner FK with the latter hosting the first leg in Norway.  Former WPS Rookie of the Year, Ali Riley is in the squad at Malmö.

— Americans Ingrid Wells and Alex Singer will be there when Potsdam meets Hungarian side MTK Hungária FC. 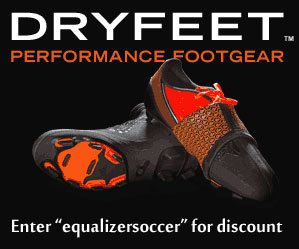 — Konak Belediyesi will get the first leg at home in Turkey against Polish champions RTP Unia Racibórz.

— Little-known American Amanda McMullan will help Danish side Fortuna Hjørring off to a strong start on the road in Italy against UPC Tavagnacco.

— Switzerland will be the host country for the 1st leg when FC Zürich meets Czech side Sparta Praha.

— Barcelona has a long way to go to catch up to their men’s team.  They can take one baby step by getting past Brøndby in a tie that will open in Spain before concluding in Denmark.

— Serbia’s sporting rise does not yet include women’s soccer, but Spartak Subotica can advance by knocking out FC Rossiyanka.  The Russian side features Kristen Edmonds, an American who once starred at Rutgers and starred in the USL W-League.

Next week we will turn our attention to qualification for the Women’s World Cup in Canada two summers from now.

— As reported by The Equalizer earlier in the week the Red Stars will be getting a fresh allocation to complete the trade with Seattle Reign FC.  That means the player will not be Amy Rodriguez as speculated nor will it be Keelin Winters, who was the original player changing teams.  But it seems the Reign should have one less subsidized player in 2014.  What are the fates of Rodriguez and Winters in relation to the U.S. program? We’ll have to wait and see.

— The Red Stars spent much of 2013 dodging and dealing with injuries and now they have another one.  Jackie Santacaterina had surgery on her right hip last week and could miss six months.  The injury originally occurred back in June but Santacaterina was able to fight through and play out the season.