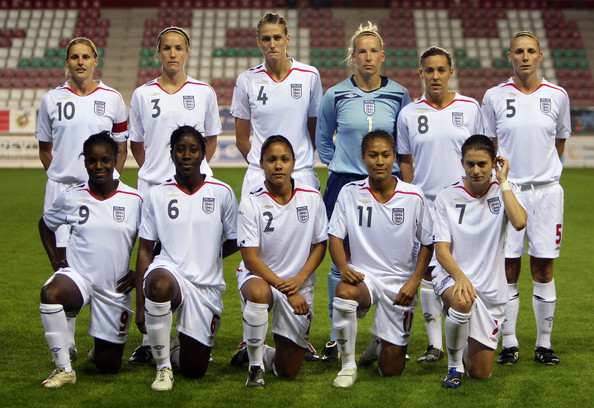 Ten matches dotted the European landscape as qualifying for Canada 2015 continues to rev up.  Here is a quick look:

Group 1 – Croatia 1, Ireland 1:  Own goals told the story in this one as Ireland had to play a goal down after Diane Caldwell scored for the opposing Croatia side in the 11th minute.  It stayed that way into stoppage time when Allison Lee Scurich returned the favor in the 94th minute to give Ireland the away point.

Slovakia 1, Slovenia 3:  Another game, another own goal.  Veronika Rybarova was the culprit this time, giving visiting Slovenia a 1-0 lead at the half hour.  Andreja Nikl doubled the lead in 1st half stoppage time and the visitors never looked back.  Dominika Skorvankova cut it to 2-1 in the 77th but Mateja Zver iced it a minute from time.

Ireland are on top of Group 1 with four points, but favorites Germany have played just one match, a 9-0 win over Russia.  Slovenia are also 1-0-0 for three points with a game in hand on Ireland.  Slovakia at 0-2 are up against it.

Group 2 – Italy 1, Romania 0:  Italy won by the skin of their collective teeth, needing a 93rd minute goal from second half substitute Cristiana Girelli to pick up the full three points. Italy are three years removed from their playoff against the U.S. that saw them push the top-ranked team on earth to the limit.  Spain, fancied in the group, have yet to play. Italy leads the group with 6 points, while the loss keeps Romania on three.

Group 3 – Iceland 0, Switzerland 2:  Ramona Bachmann gave Switzerland an early 1-0 in this one and Lara Dickenmann added a second half goal to secure the victory. The Swiss lead Group 3 with 6 points after thrashing Serbia last weekend, but contenders Denmark are yet to play a match.

Group 4 – Poland 6, Faroe Islands 0:  Agnieszka Winczo and Patrycja Wisniewska scored braces, the latter opening the scoring in the 2nd minute, in Poland’s routine victory over outclassed Faroe Islands.  Patrycja Balcerzak and Patrycja Pozerska also scored for the hosts.  Nikki Krzysik was not part of the 18 for Poland.

Scotland 7, Bosnia and Herzegovina 0:  The Scots rolled in this one with all seven goals being scored by different players. The Scottish win moves them to 6 points from two matches, three clear of Sweden and Poland.  Sweden has played only one time.

Group 5 – Greece 1, Portugal 5:  Laura Luis scored in the 6th minute and again in the 42nd to make it 2-0 at halftime and Portugal poured it on late.  An Efi Xera own goal made it 3-0 before Sofia Pelekouda pulled one back for Greece.  But captain Edite Fernandes and Jessica Silva scored in the final 10 minutes to give the visitors an easy win.

Portugal and Netherlands joined favorites Norway on 3 points from one match with Belgium also on 3 points but having lost handily to Norway.

Group 6 – England 8, Turkey 0:  England rode a first half hat trick from Toni Duggan — including goals in the 2nd and 3rd minutes — to an easy victory. Eniola Aluko and Ellen White each had two goals and Natasha Dowie scored the other. England previously whooped Belarus 6-0.

Wales 1, Belarus 0: Helen Lander’s 81st minute goal was the difference in this game, which was the first for Wales.

England and Wales sit first and second in the group. The two teams will play when qualifying resumes on Oct. 26.

Group 7 – no play today — Finland lead the group with 6 points, while France are on 3 points but have only played one match.