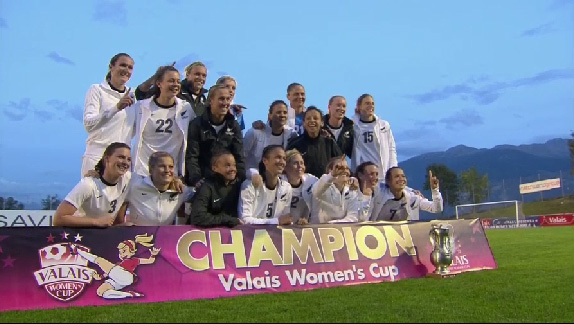 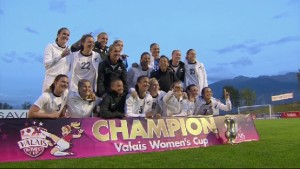 New Zealand, fresh off a satisfying victory over Brazil, routed China 4-0 on Wednesday to win the Valais Cup, a four-team tournament in Valais, Switzerland.

The Ferns did all of their damage after halftime following an opening 45 minutes that failed to produce a goal.  The ice was broken in the 53rd minute through Hannah Wilkinson, whose head ball made it 1-0 for New Zealand.  Woman of the Match Amber Hearn played a role in the next three goals.  Hearn made it 2-0 in the 65th minute and it was her shot in the 84th minute that got saved off the crossbar and allowed substitute Rosie White to make it 3-0.  Hearn, New Zealand’s all-time leading international goal scorer, finished the scoring in the 88th at the end of a wonderfully executed free kick service from another substitute Anna Green.

Hearn scored the lone goal in Sunday’s semifinal win over Brazil and was named player of the tournament.

New Zealand will take their show to the United States later this fall with friendly matches against the U.S. on October 27 in San Francisco and October 30 in Columbus, Ohio.