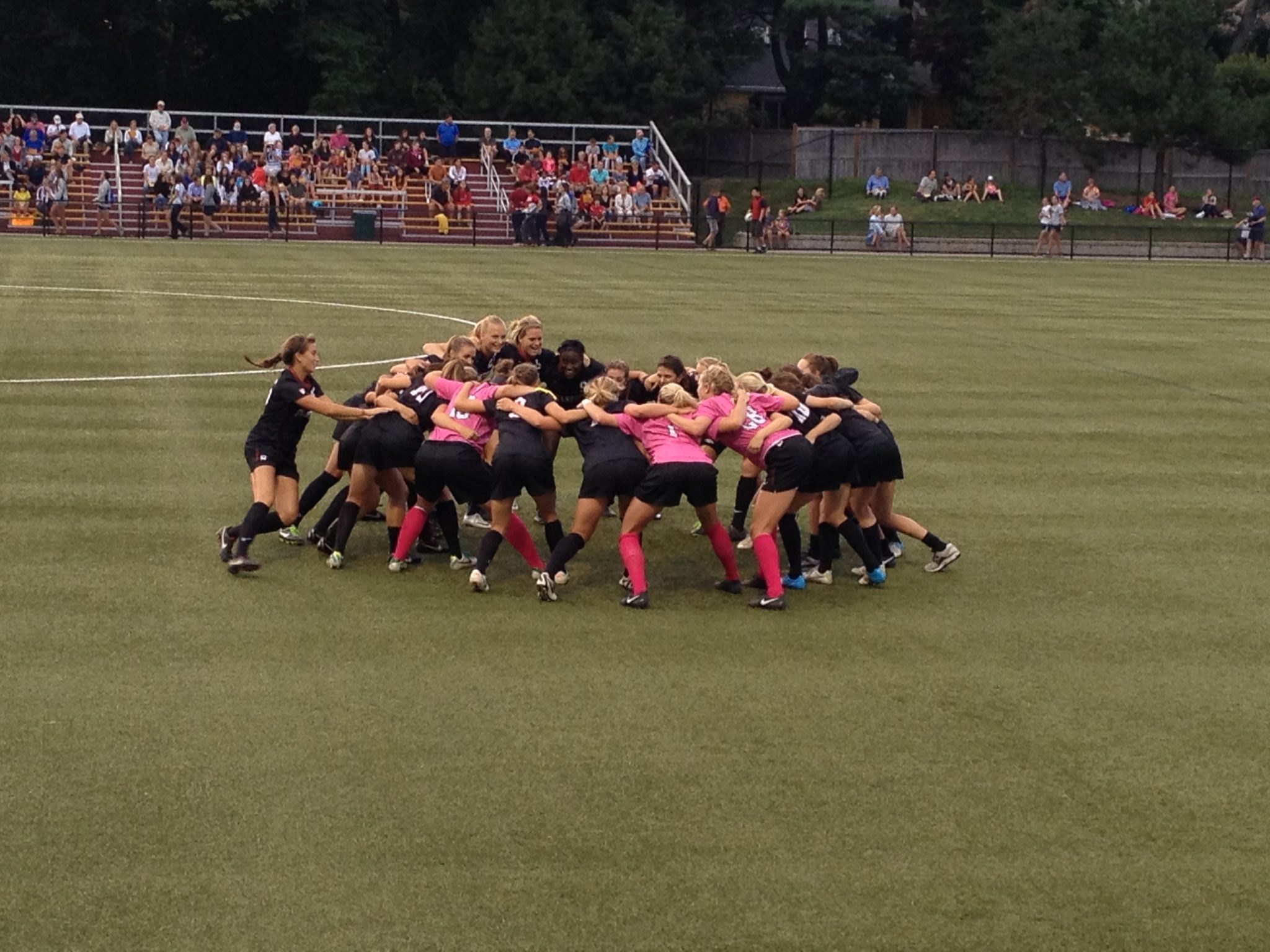 Santa Clara seemed to finally have a big breakthrough against Bay Area rival Stanford. Sofia Huerta had just looped a ball over Stanford freshman goalkeeper Jane Campbell to give the No. 22 Broncos a 2-1 lead in the 83rd minute.

Then Cali Reis shoved Maddie Bauer in the box with 52 seconds left, and everything went downhill at Buck Shaw Stadium.

Courtney Verloo stepped up and finished the penalty kick for Stanford to send the match to overtime after scoring the opener in the 2nd minute, and Verloo scored again in the 108th minute to complete the hat trick and deliver the No. 2 Cardinal a 3-2 win in double overtime to extend their winning streak over Santa Clara to nine games. The Broncos haven’t beaten Stanford since 2006.

Verloo’s game-winning goal came on a free kick after Reis fouled Ryan Walker-Hartshorn at the top of the box. Two Stanford players helped clear the Santa Clara wall and obstruct Broncos goalkeeper Andi Tostanoski’s view, allowing Verloo’s shot to zip by the wall untouched and into the lower near corner of the goal.

Santa Clara bounced back from Verloo’s early opener and settled in, finding forwards Julie Johnston and Morgan Marlborough on several occasions. Campbell, who is now the full-time starter after senior goalkeeper Emily Oliver announced her retirement due to injury, made a huge kick-save on Johnston’s point-blank header in the 16th minute to keep Stanford in front.

But one minute later, confusion between Campbell and Bauer in the back saw Campbell come off her line and Bauer mis-clear the ball to Johnston, who one-timed a left-footed volley into the empty net for the equalizer.

Marlborough missed a wide open chance to put Santa Clara ahead in the 37th minute when she put a low, right-footed shot just wide of the far post.

Huerta scored in the 83rd minute and it looked like the game-winner, but Santa Clara will have to wait for another shot at Stanford, perhaps in the NCAA tournament later this year.