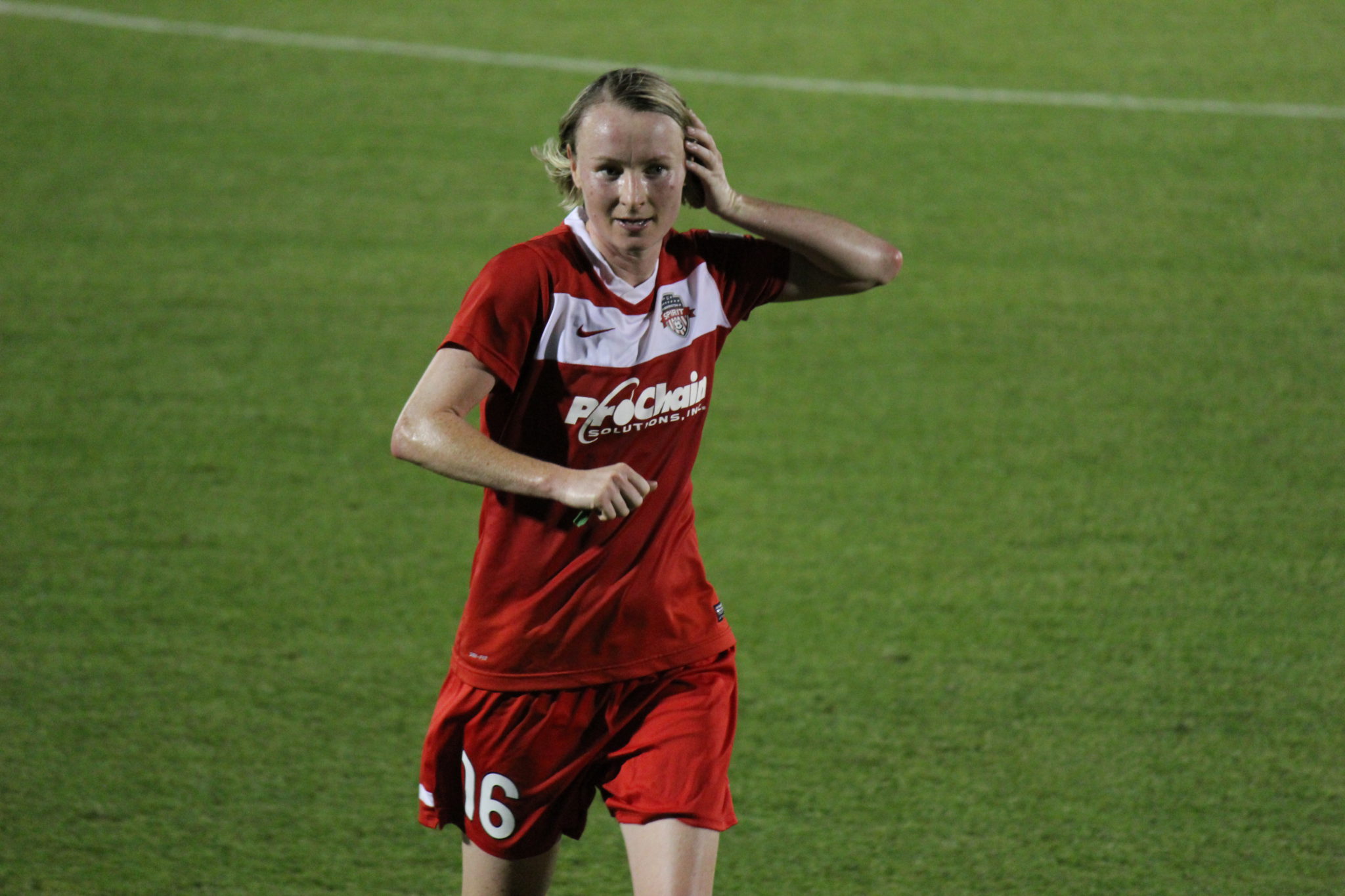 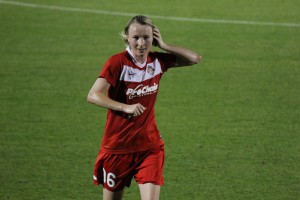 Conny Pohlers struggled with the last-place Washington Spirit, but seemed to enjoy her time in the NWSL. (Photo Copyright Amanda McCormick for The Equalizer)

We have previously detailed in this space that American players have been increasingly drawn into the appeal of playing in the UEFA Champions League, a trend their male counterparts set many years ago.

But the appeal for Europeans to play in the United States exists, too, just to a lesser extent than it once did. The National Women’s Soccer League is a far more modest version of WPS and certainly WUSA. The NWSL doesn’t take claim to being the biggest, best women’s soccer league in the world — because it can’t.

There is no Marta. There is no Camille Abily. No Caroline Seger or Kelly Smith. The talent is overwhelmingly North American based, and only two international players outside of the U.S., Canada or Mexico are allowed on each of the eight NWSL teams.

All of that discourages the more diverse mixes of teams we’ve seen in WPS and the WUSA, when the U.S. had just come off a 1999 World Cup title and the league was viewed as the place to be for all the top professional players.

Last week’s FIFA.com interview with Germans Inka Grings and Conny Pohlers proves that the allure of the U.S. still exists to some extent. Pohlers, fresh off a treble winning season with VfL Wolfsburg, wanted to be a part of the NWSL and landed with the Washington Spirit.

“I didn’t want to miss out on playing here these two months,” Pohlers said. “It was the best thing I could have done. In footballing terms it wasn’t very satisfying as we finished bottom, but the whole experience will stay with me. The team, the coach, the city, the place I lived: everything was wonderful.”

Pohlers scored just one goal in 13 games at forward for the Spirit.

Grings, who had three goals and assist in 16 games with the Chicago Red Stars, will play for 1. FC Koln this season. She brought up some interesting points about the mentality of play in the U.S. both complimenting it and adding a seemingly back-handed compliment.

“At home it’s not acceptable to go sightseeing or go on a shopping trip the day before a match,” she said, speaking of the cultures of teams in the U.S. vs those in Europe. However, Grings was complimentary of ‘the American way’ of fighting until the end.

“Now that I’ll be playing at 1. FC Koln, it’s something I’d like to introduce there as well. If I ever become a coach, I’d like to try to teach the boys or girls that in football anything really is possible right until the last second.”

The Lowdown: Breaking down the NWSL trades
Trio of Americans flocks to Russian club Zorky