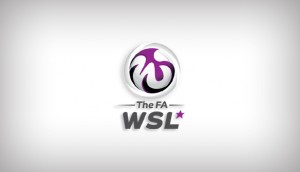 The worst cliche in soccer is that 2-0 is the hardest lead to hold. For Doncaster Rovers Belles in England’s FAWSL, apparently it’s 3-0.

The bottom of the table side led Bristol Academy 3-0 at halftime in what looked like an upset that would end the Super League title race and allow Liverpool to clinch first place from their couches. At that point, the betting odds on Bristol to bounce back were astronomical, but that’s soccer for you – it’s more than just numbers and probabilities; personalities and psychology play a great role and you can’t account for that in your predictions.

Bristol stormed back after the break and scored four goals in the second half to pull within two points of Liverpool with one match to play — and the two teams play each other, on Sept. 29.

Doncaster, which has just one win this season, stunned Bristol with three goals in an 11-minute span before the half. Jessica Sigsworth (34th minute), Millie Bright (38th) and Leandra Little (45th) each scored.

Bristol would not be denied the chance at the title and the place in the Champions League next season. The top two teams qualify for the 2014-15 UEFA Champions League, but Arsenal can still finish in second if everything goes their way on the final day of play.

Natalia Pablos Sanchon got one back for Bristol in the 47th minute and then scored the winner in the 89th minute. Jemma Rose and Ann-Marie Heatherson scored in between to get Bristol back in the match.

“Whatever happens next, we’re champions already in my eyes,” Bristol manager Mark Sampson said. “I’m glad the players have got a chance to go to Liverpool and give it their best shot.”

So it’s Bristol and Liverpool on Sept. 29 in a winner-takes-the-title matchup. A first-time FAWSL champion is guaranteed, with Arsenal having won both the previous titles. Liverpool finished in last place each of the first two seasons, giving the Reds a chance at the remarkable worst-to-first turnaround.

Oh, and Doncaster manager John Buckley ripped into his team postgame (which, how could you not?):

“We showed how good we can be and then how poor mentally we can be. It’s just not good enough. They should be ashamed of themselves because I am.

“The thing that cost us the game was their first goal, which gave them a lift just a couple of minutes after the break.

“They switch off mentally and allow teams back in. We just had to sit and keep hold of the ball. Why we were trying to push on at times, I just don’t know.”

Doncaster will be forcefully relegated next season and replaced by Manchester City Ladies. After 22 years in the top flight (two in the new FAWSL), the Belles will drop down to WSL 2 as part of the FA’s plan to expand the WSL to two tiers.

Much like the USSF, CSA and FMF in the NWSL, the English FA subsidizes costs for WSL teams.