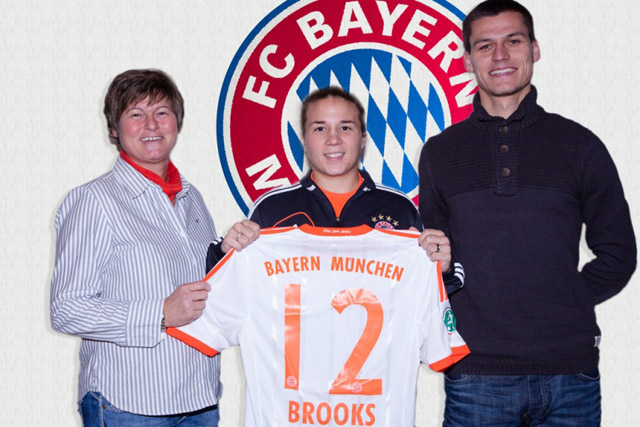 Amber Brooks’ diving header in the 35th minute ended up being the game-winner for Bayern Munich on Saturday against SC Freiburg.

Lena Lotzen gave Bayern the lead in the 23rd minute before Brooks’ textbook aerial tally extended the lead to 2-0. Freiburg got one back in the 50th minute through Sandra Starke and made things interesting as they pressed for an equalizer, but Bayern managed to maintain the lead.

Both Lotzen and American Sarah Hagen had opportunities to seal the match late, but neither had their finishing touch in the final minutes.

The win gives Bayern Munich four points from two games this season after opening their campaign with a draw against treble winners VfL Wolfsburg last weekend.

On-loan FC Kansas City midfielder  and NWSL Rookie of the Year Erika Tymrak came on in the 87th minute, her second reserve appearance of the Frauen-Bundesliga season.