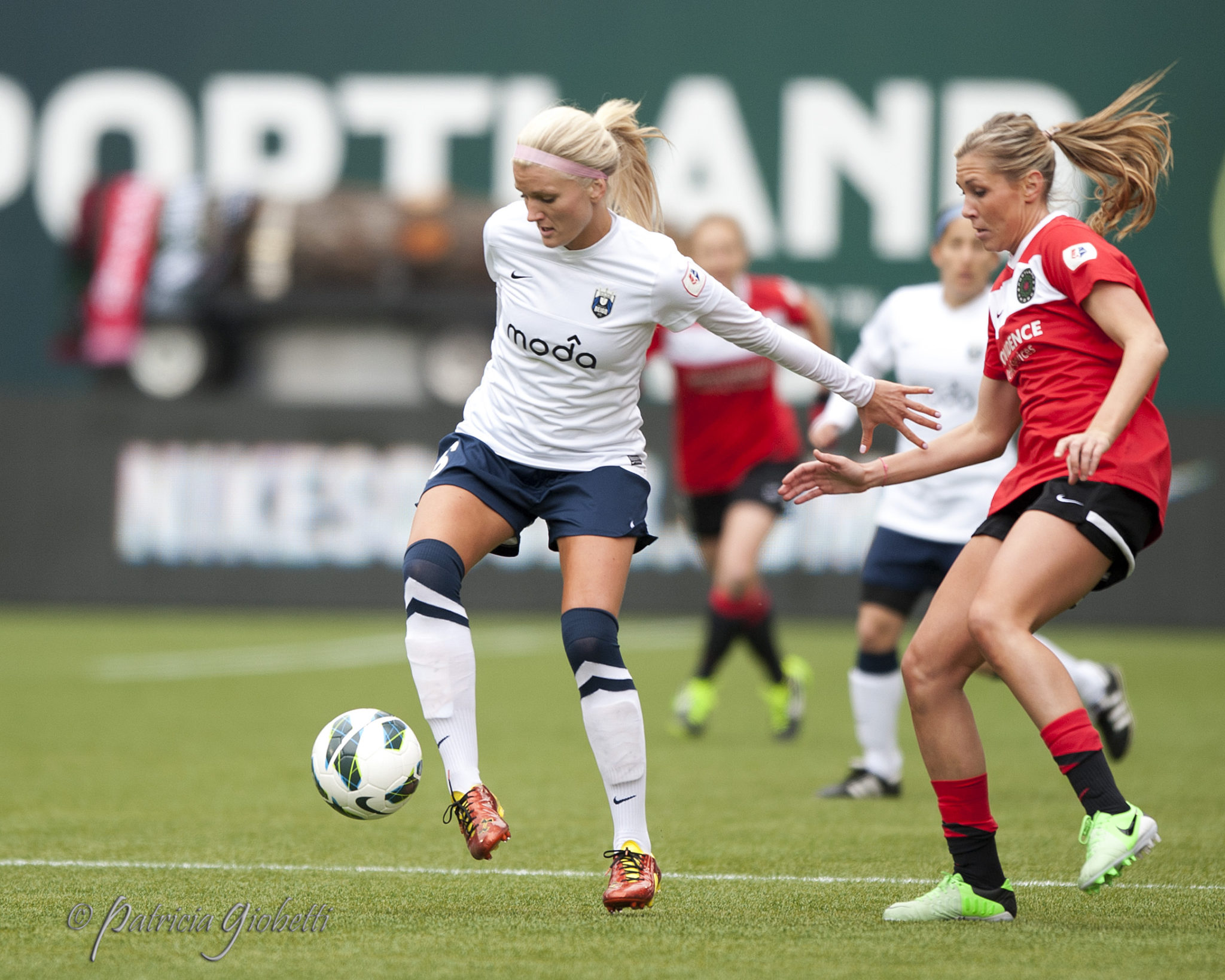 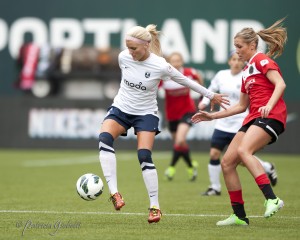 Kaylyn Kyle has been traded from Seattle to Boston. (Copyright Patricia Giobetti | http://www.printroom.com/pro/psgiobetti)

Carmelina Moscato is on the move again. The Canadian defender has been traded from the Boston Breakers to Seattle Reign FC in exchange for Kaylyn Kyle.

Both players were subsidized by the Canadian Soccer Association in the inaugural season of the National Women’s Soccer League.

Moscato was officially traded from the Chicago Red Stars to Boston on June 30 in exchange for Adriana Leon. Both Boston and Chicago needed something different as they pushed toward the playoffs, but swapping Canadians didn’t get them past fifth and sixth, respectively, with each team finishing on 30 pts.

Moscato played just 76 minutes across five games after arriving in Boston. In her five appearances for the Red Stars, she started four matches and played 363 minutes.

Kyle, meanwhile, was played a large role with Seattle, starting 19 of the 21 games she played in while scoring three goals in 1,752 minutes. Kyle shifted from her usual central midfield role to center back late in the spring as Seattle tried to turn around what eventually became an 0-9-2 start.

“Kaylyn was a terrific player for us and did a fantastic job when asked to move to the backline early in the season,” said Reign FC coach and GM Laura Harvey. “The trade for Carm was a difficult decision, as Kaylyn was a leader on the club and a consistent presence for us on the pitch. We felt this swap will allow Kaylyn to return to her natural position on the pitch and will give Carm the chance to make an impact on the field each week.”