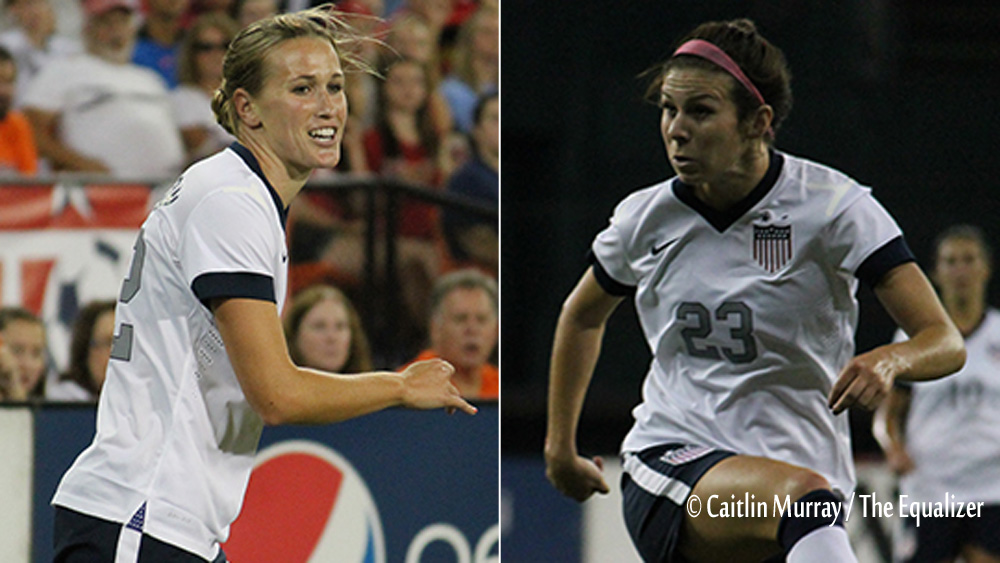 WASHINGTON — The journeys of the two players who got their first international caps Tuesday night couldn’t be more different. Aside from the fact that both Erika Tymrak and Leigh Ann Robinson played for FC Kansas City this year in NWSL, earning year-end awards in the process, the two have little else in common.

At 27, Robinson is the fourth oldest woman have earned her first cap with the U.S. team. Robinson played at the University of San Diego from 2005-2008. She was then drafted in the 6th round of the inaugural WPS draft by FC Gold Pride. The following year she played for the Atlanta Beat and in what would be the last year of WPS,2011, Robinson played for the Philadelphia Independence.

After the WPS’ demise, Robinson played with the New York Fury in the WPSL elite last summer. Her future and the future of many other professional soccer players was uncertain until the formation of NWSL was announced last fall. Robinson was signed by FC Kansas City as a free agent and was an important component of one of the league’s stingiest defenses. She earned Best IX honors for her efforts.

Did Robinson see herself playing with the national team thirteen or fourteen months ago? “No, definitely not,” she said. “It’s always on the backburner. It’s something you wish for but I definitely didn’t think it was going to happen.”

Conversely, Tymrak took a much more linear route to her first cap. Tymrak was drafted in the 2nd round of the NWSL College Draft in January. At first she saw playing time off the bench but soon Tymrak’s performance on the field earned her a starting spot in Kansas City’s midfield. Tymrak had quite an impressive rookie campaign, winning both the Player of the Month Award for July and Rookie of the Year honors. She tallied a total of six goals and four assists for the season.

“I couldn’t have done it without my FC Kansas City teammates, Lauren Cheney (Holiday), even then the other girls on the team Becky, Kristie, they’ve all helped me to get here,” Tymrak said Tuesday night. “I honestly thank them and thank my team back home.”

“It’s not easy coming into the U.S. national team after a day in camp and then playing an international and I thought they both handled themselves very well given the circumstances, so overall I was pleased with the way they came in,” he said after the game.

He admitted that Tymrak looked a bit “nervy” to start the game but thought when she settled in she made “some tremendous contributions to the game.”

Perhaps Tymrak’s biggest contribution of the night came when a sequence between her and her Kansas City teammate Kristie Mewis, led to the team’s first goal of the night. Mewis passed the ball to Tymrak and then made an overlapping run. Tymrak found Mewis and Mewis then crossed the ball to Abby Wambach, who chipped the keeper for the score.

Robinson came on in the 56th minute and helped the backline hold the shutout. Late in the game, she made an important stop on a potential breakaway opportunity, earning chants of “Robinson” from U.S. supporters.

“It’s such a short camp, for me I was just soaking it all in and having a lot of fun…I’m just really excited obviously for the opportunity and hope that there’s more.” Robinson commented after the game.

What the future holds for either player with the U.S. national team is unknown but each has added her name to the elite group of players that have suited up for the red, white and blue.

Foresight is 2020: John Herdman signs 4-year extension with Canada
USSF-Chalupny saga drags on, but nothing changes