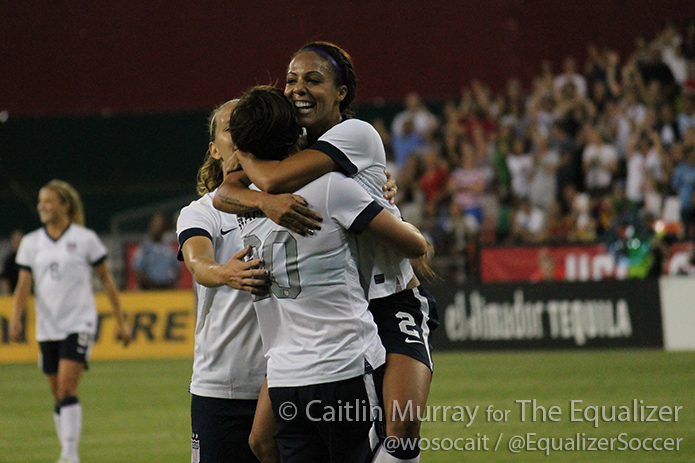 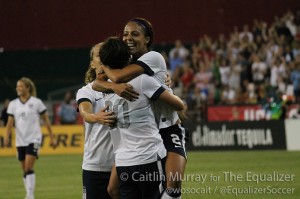 Sydney Leroux celebrates one of her goals vs. Mexico on Tuesday. She had four in the first half. (Photo Copyright Caitlin Murray for The Equalizer)

The United States women’s national team defeated Mexico 7-0 on Tuesday at RFK Stadium behind four first half goals from forward Sydney Leroux, who scored a hat trick inside 30 minutes.

Abby Wambach scored the opening goal in the 11th minute and had three assists on the night. Wambach now has 161 international goals all-time, an international scoring record she broke in June.

Leroux had 11 goals and two assists this NWSL season for the Boston Breakers en route to a Best XI selection.

This isn’t Leroux’s first breakout game. In January 2012 she scored five goals vs. Guatemala in a 13-0 rout during Olympic qualifying.

The question now: How does this result affect Mexico coach Leo Cuellar’s opinion on what the NWSL has done for his players? Cuellar has been non-committal on Mexico funding players in 2014.