Tymrak the latest US talent to flock to Europe 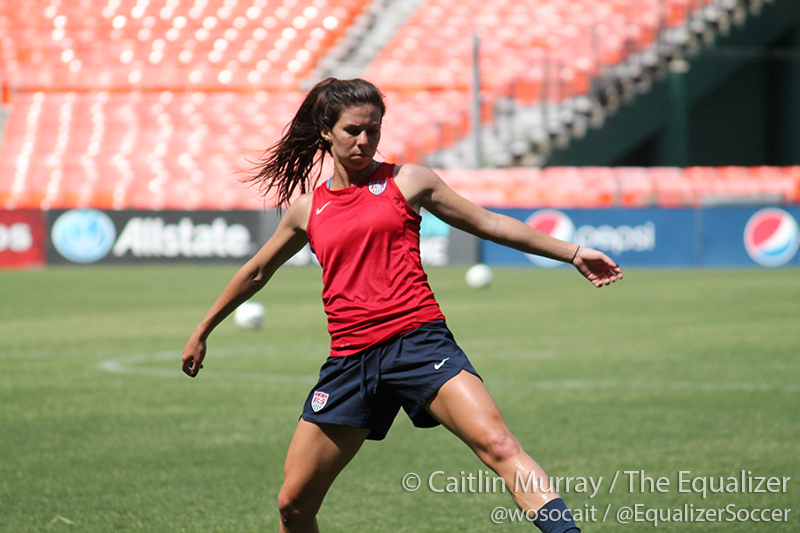 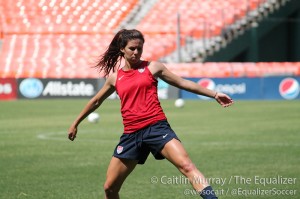 Erika Tymrak is expected to debut for the U.S. senior team on Tuesday night. (Photo Copyright Caitlin Murray for The Equalizer)

Eight months ago Erika Tymrak was the No. 11 overall selection in the National Women’s Soccer League College Draft. FC Kansas City felt they came away with a steal selecting the Florida Gators midfielder in the second round.

Tymrak trained for the first time with the senior national team on Monday ahead of Tuesday’s friendly against Mexico at RFK Stadium in Washington, D.C. Even under the loftiest of predictions, the Detroit native couldn’t imagine coming this far this quickly.

“I never could see this happening,” she said. “I honestly didn’t know what to expect. I wanted to become better, develop as a player, but I didn’t think all these opportunities would come out of it. I’m thankful more than anything.”

Tymrak is one of six FC Kansas City players on the 18-player U.S. roster for the match, but her and defender Leigh Ann Robinson have attracted the most attention of the bunch as a pair of players proving why the NWSL exists. Each player is in the nation’s capital because of strong league play. Each player has been one of the best in the league in her respective position.

And after Tuesday night’s match, in which Tymrak is likely to debut for the senior team after extensive time in the youth system, the 22-year-old departs for Germany to play for Bayern Munich until December. There she’ll join Sarah Hagen and Amber Brooks, two former U.S. youth teammates who may also have the senior national team in their futures.

The trend has become clear: Many of the United States’ best – and to be clear, most individually technical – players have become increasingly attracted to Europe.

Megan Rapinoe and Tobin Heath played in France for Lyon and PSG, respectively, this year before returning for the second half of the NWSL season. Each returns to their French squad this month and likely will return in the middle of the next NWSL season again. Christen Press and Yael Averbuch are in Sweden. Ali Krieger wants to play in the UEFA Champions League again.

“We’ve gone from a situation when WUSA started, to having all the best players come here, to a situation 10 years down the track, when Europe is now attracting the players from us,” U.S. women’s national team coach Tom Sermanni said. “So I think the next aim in this league is to reverse that back a little bit.”

Tymrak speaks of her idols — Bastian Schweinsteiger and Franck Ribéry, among them – in reverence. She watches men’s soccer all the time, and now in Munich she’ll play in the same jersey as those two.

“I’ve always craved adventure and I love traveling,” Tymrak said. “Soccer is so appreciated in Europe and I think that is one of the coolest things ever.”

But are these developments alarming? Could, like men’s soccer, Europe be the definition of having ‘made it’ for women’s soccer players, leaving the domestic league as a secondary priority? Sermanni says there is no right or wrong answer to whether the European exodus is a good thing.

“It’s a balance,” U.S. coach Tom Sermanni said. “The answer to those questions is not 100 percent one way, 100 percent the other way. I think for a player like Erika, going and getting the experience of playing in a different environment, a different style of soccer and a different culture. Being away from home, out of your comfort zone, all those things, I think, are good for players.”