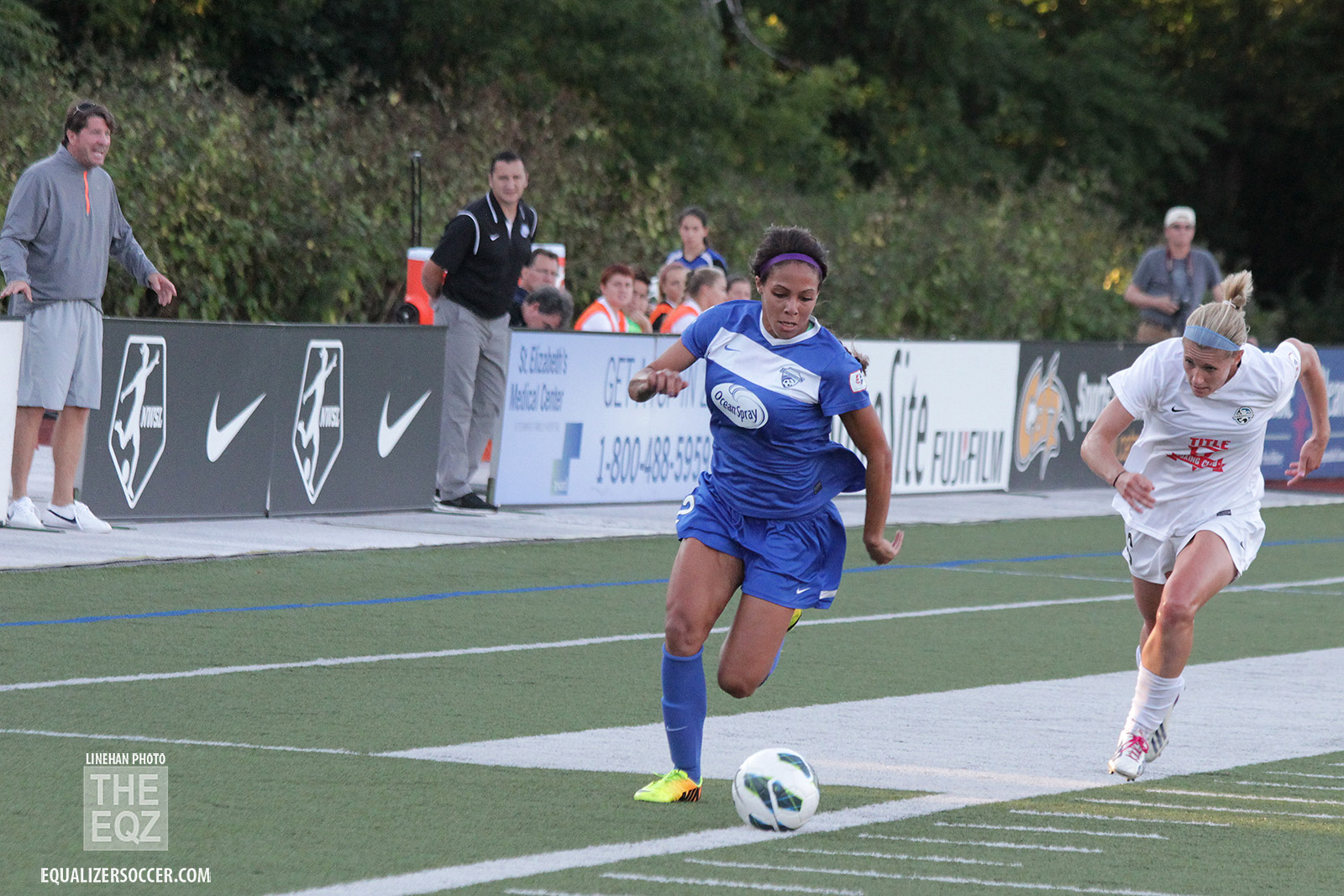 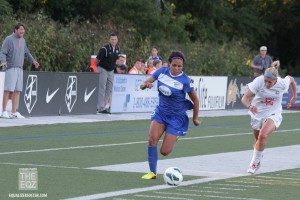 Tom Durkin (left) was on the sidelines as Cat Whitehill's assistant coach, now he's the new coach of the Boston Breakers. (Photo copyright Linehan Photography for The Equalizer.)

BOSTON, Mass. — The Boston Breakers announced today that Tom Durkin has been hired as head coach for the 2014 National Women’s Soccer League Season.

Durkin was seen on the sidelines this year at a couple of games serving as an assistant coach to Cat Whitehill, including the 1-0 upset over FC Kansas City for the team’s final home match. Team captain and defensive stalwart Whitehill stepped in as interim head coach after the team fired Lisa Cole on August 2.

[MORE: From August – Breakers decide to go a different direction]

Durkin’s coaching experience is rather extensive, though mostly on the men’s side. He served as director of IMG Academy, which is home to the residency program for the United States’ U-17 and U-16 mens national teams. He also has plenty of head coach experience at the collegiate level, including Rutgers University.

In the team’s press release, Durkin referenced the time he already spent with the team in the last two weeks of the regular season:

“I am very excited about working with the Boston Breakers this coming season. I thoroughly enjoyed my interaction with the team at the end of last season. The group of professionals that I encountered is talented and versatile and their work habits and eagerness put me at ease straight off.  I also must admit that I was quite impressed by the standard of play and caliber of players. I found these ladies to be excellent role models and ambassadors for their sport and league. The willingness to go above and beyond to see the league and the sport flourish in the U.S. was compelling, and I am proud to be part of it.  I want to thank Lee Billiard and the management team for this opportunity to be part of the Breakers organization, and I am pleased that I can make a contribution to the area’ s soccer community.”

The Breakers are hoping to crack the playoffs next season, after finishing 8-8-6 and falling six points short of a top four finish.