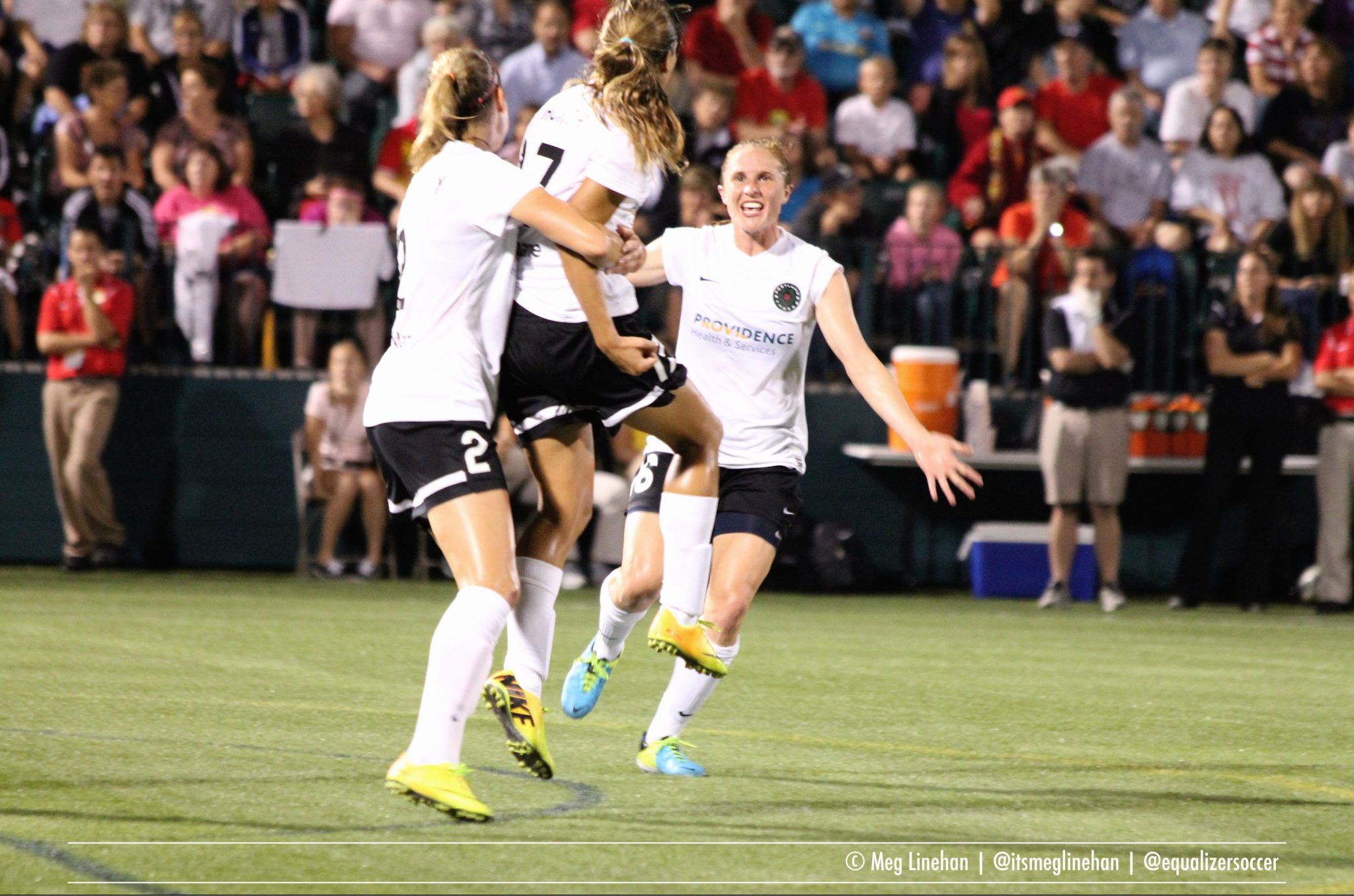 It’s a scene otherwise reserved only for the U.S. women’s national team and a scale completely unprecedented for a women’s club soccer team.

Portland had a small contingent of traveling supporters — what looked like about 25 or so Rose City Riveters — who made a good deal of noise at Sahlen’s Stadium, singing and chanting throughout the match as their team defeated the Western New York Flash 2-0.

Here’s a look at the scenes: