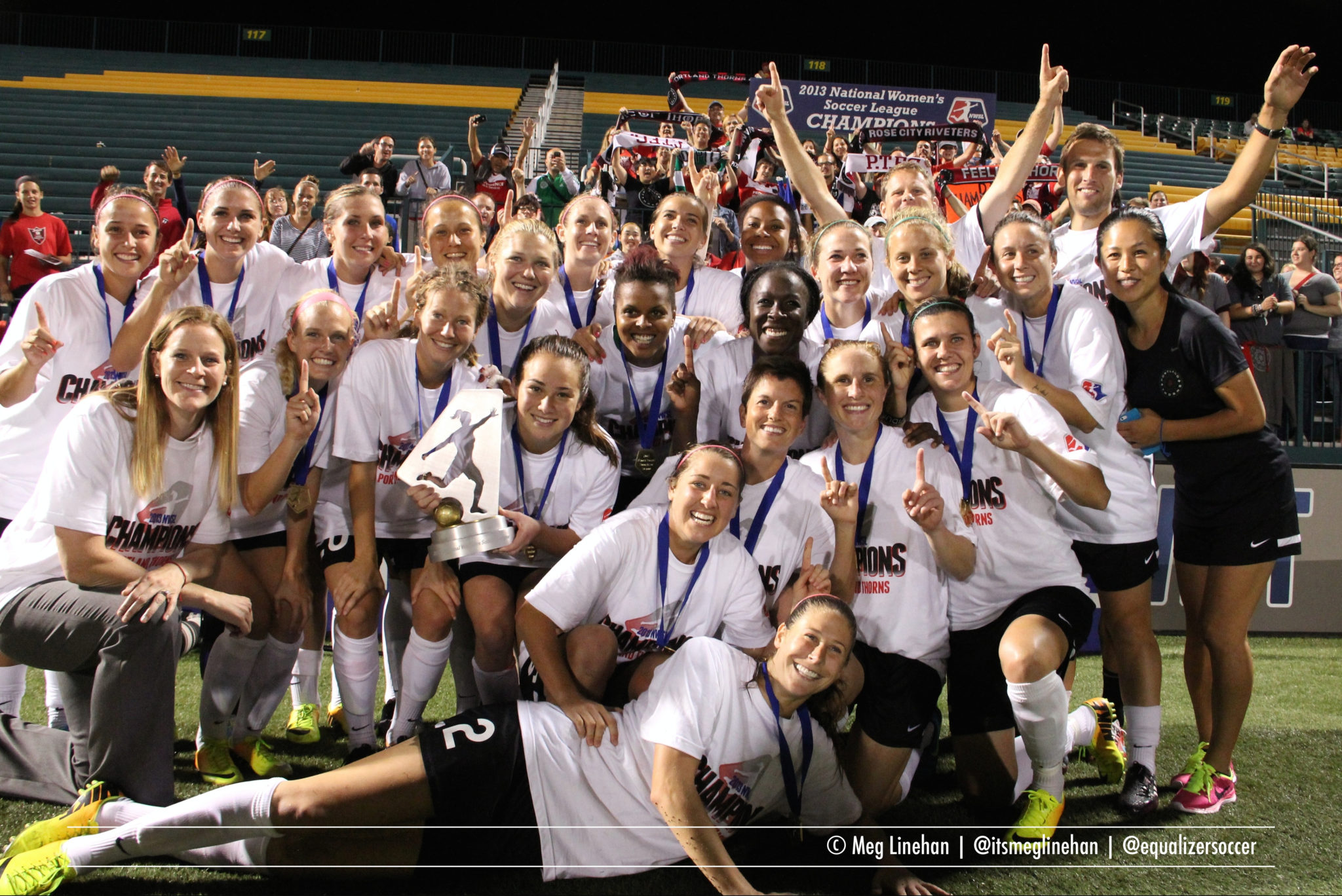 ROCHESTER, N.Y. — Portland Thorns FC are the first-ever National Women’s Soccer League champions after defeating the Western New York Flash 2-0 on Saturday night in front of a crowd of 9,129 at Sahlen’s stadium.

Tobin Heath put the Thorns on top late in the first half after drilling a free kick from 36 yards into the upper left hand corner of the net and the goal would stand as the winner. Portland played the final 34 minutes with 10 players after Kat Williamson was sent off for a second yellow card, both for bringing down Flash forward Abby Wambach.

“I knew I’d have limited opportunities and as soon as I saw the free kick in that spot, I knew I wanted it. I was pretty confident when I stepped up,” Heath said.

Christine Sinclair iced the game with a goal in the second minute of second half stoppage time.

“I’m so proud of our team, especially our back line and Karina in goal. They were just not going to give up a goal tonight,” said Sinclair. 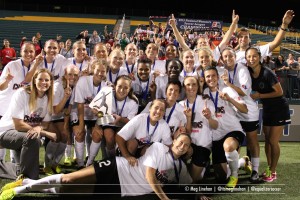 The match got off to a choppy start as both teams worked to find their momentum. Sam Kerr looked to put the Flash on top early when she back heeled a ball to Abby Wambach right outside of the goal, but Thorns defender Kathryn Williamson was there to break up the play.

In the 12th minute Wambach crossed the ball into the box where Kerr was waiting and headed the ball, but Karina LeBlanc just made the save by punching the ball off the crossbar.

Carli Lloyd looked to drill a shot from 40 yards out in the 17th minute, but her shot went just wide of the net.

Marian Dougherty created a strong opportunity in the 22nd minute when she found her way down the right flank and crossed into the box where Christine Sinclair was waiting. Sinclar headed it perfectly to the top center of the net and Franch made a beautiful save as she knocked it over the top.

The Thorns created two separate one-on-one opportunities against Franch and failed to produce. First, in the 25th minute Nikki Marshall made her way toward Franch and took a shot that went just wide of the goal. Next, Danielle Foxhoven found free space on the left side, but Franch read her shot and made the save.

Angie Kerr looked to double Portland’s score early in the second half as she found open space and made her way toward the net, but her shot went high.

Kathryn Williamson was sent off the pitch in the 56th minute after getting two yellow cards for bringing down Wambach off the ball.

There was a close call in the 62nd minute as Sinclair kneed a shot that just missed crossing the goal line thanks to Reynolds.

Brittany Taylor looked for the equalizer in the 70th minute after blasting a free kick that bounced right off the crossbar.

Vicki DiMartino almost found the back of the net in the 76th minute with a shot from a tough angle, but it went just behind the net.

After pressing hard and playing up a player, the Flash were unable to capitalize and produce the equalizer, especially after Sinclair’s goal in stoppage time.

“When Portland was down a player for 35 minutes and we’re not able to put a ball into the back of the net during that time then Portland deserves it,” said Lines. “But, it doesn’t take away form the fact that it was a very good season by the ladies. They put in a tremendous effort and I’m proud of the way we performed this season. We’ll learn from this, be better and be back next year.”

“You have to give credit to their team, they played well,” said Wambach, when asked about Portland playing down a player in the second half. “They transitioned so well from playing with 11 to playing with 10. It was almost more difficult for us to break them down when we were playing up a man.”