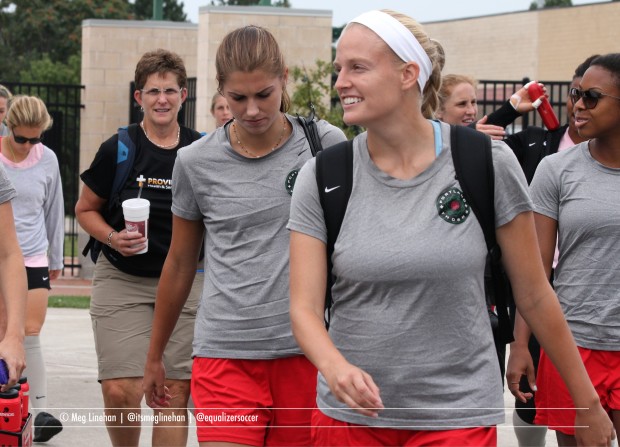 Heath scored from 30 yards with her right foot, which is the foot that held her out of training all week after hurting it in last Saturday’s semifinal win over FC Kansas City.

Both goalkeepers came up big, with Thorns keeper Karina LeBlanc tipping Sam Kerr’s header off the bar in the 12th minute, then Flash keeper Adrianna Franch pushing Christine Sinclair’s header just over the bar in the 22nd minute.

Nikki Marshall and Carli Lloyd exchanged wide one-vs-one shots within a minute of each other in the 24th and 25th minutes.

The match was physical from the start, with Angela Salem and Kat Williamson getting into a physical tussle on the ground in the 10th minute and Flash rookie Amy Barczuk pulling down Heath by the jersey and then seemingly shoving her on the ground. No yellow cards were shown for any of those incidents, but Flash defender Estelle Johnson was shown a card for persistent infringement in the 33rd minute.