Flash defense not missing a beat with Huffman 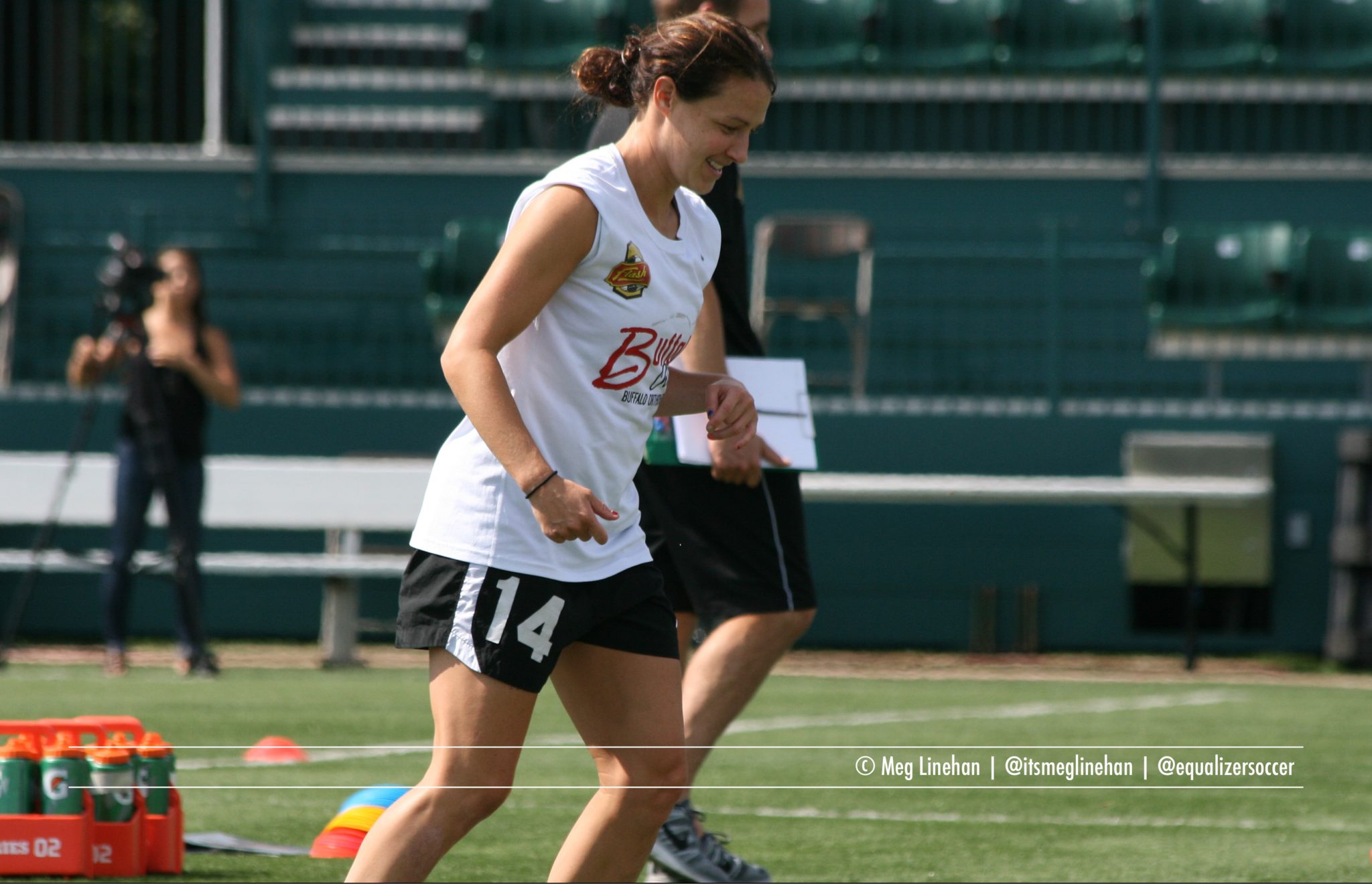 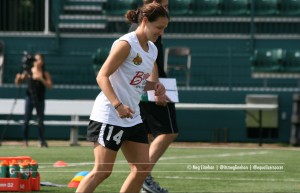 Sarah Huffman practices with the WNY Flash the day before the NWSL Championship. (Photo copyright Meg Linehan for The Equalizer)

ROCHESTER, N.Y. — There is no doubt that Western New York Flash defenders Brittany Taylor, Estelle Johnson, Katherine Reynolds and Alex Sahlen have been a force to reckon with all season. The foursome all started the first 17 games of the season before injury struck.

Taylor suffered a minor groin injury and was sidelined for the Washington Spirit match on July 31st. During that same match, Sahlen’s season came to a screeching halt after she endured a serious plantar fascia injury.

With Sahlen out for the rest of the season and the playoffs right around the corner, Flash head coach Aaran Lines chose midfielder Sarah Huffman to fulfill the role as an outside back.

“Knowing her and having worked with her all season, I had a feeling that was the right fit for us,” said Lines.

And, right he was. Huffman jumped into the role and was ready to help her team. Her solid play and versatility made an impact right off the bat and she was able to align herself well with Reynolds, Johnson and Taylor. The new back four almost instantly developed a cohesive chemistry and communication that made their momentum hard to break.

“It was a really unfortunate situation with Alex getting injured; she’s been such a big part of our team on the field and off the field,” said Huffman. “So far, it has been a good run back there for me. I’ve played there before, but not in about four years, but we obviously have a talented back line and Adriana behind us, who is a good young leader and helps communicate.”

The nearly seamless transition was a plus for the Flash, especially so late in the season as they pressed hard to make it to the playoffs, and ultimately the championship match.

“Huffy has really come in there and done really well” said Lines. “I think she has all the attributes to play that position – she’s fit, she’s quick and she’s technically really good. She understands the position and she’s really contributed largely to our success recently.”

The Flash will face Portland Thorns FC in the first ever NWSL Championship match on Saturday, August 31st. Defensively, looking forward to the match with attacking powerhouses Christine Sinclair and Alex Morgan, who is still a game time decision, Huffman is confident and ready.

“It’s nice that I’ve had a bunch of games now to get in there as an outside back. We’ve played some awesome forward and midfield lines so it’s not the first time we’re going to be seeing attacking powers. We feel good and we’re ready.”