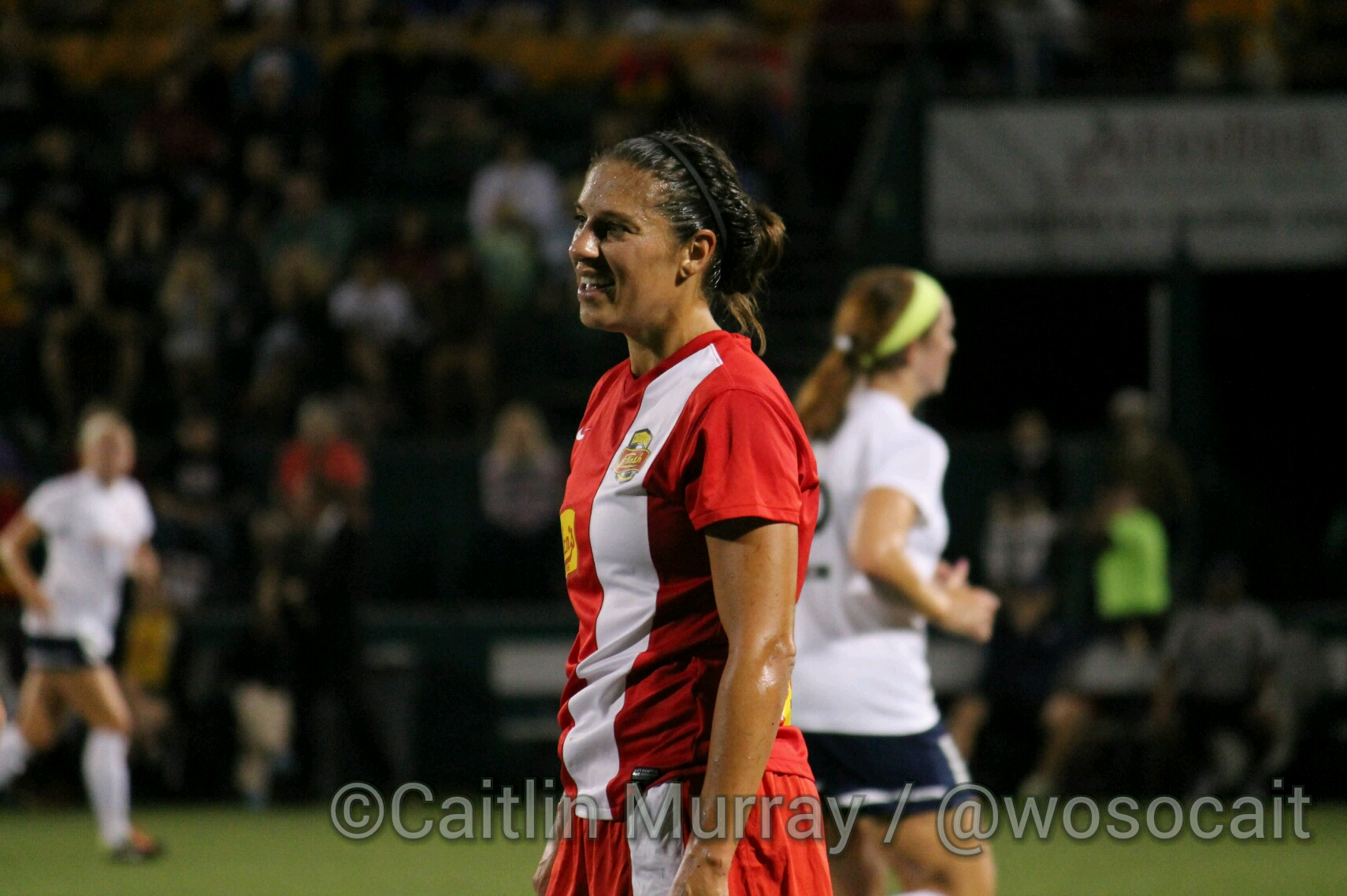 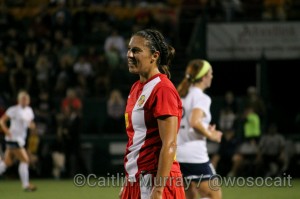 Carli Lloyd is part of what Flash coach Aaran Lines calls the best senior leadership he has ever had on a Flash team. (Photo Copyright Caitlin Murray)

It has been well documented by now that the Western New York Flash are bidding for their fourth consecutive championship and that they have played in a different league each of those four years.  So it is not insignificant when Aaran Lines, the architect and head coach of the team during the run, says there are aspects of this year’s club that rise above the others.

“This is a special group of players,” Lines said during a conference call to promote Saturday’s NWSL Championship.  “More so than any other year I’ve had senior leadership that has taken ownership in the club.  That’s been massive.”

Heady praise considering the Flash’s 2011 WPS side had players like Marta, Christine Sinclair, and Ashlyn Harris.

“Playing their roles as senior players and being good role models and leaders on and off the field has been an integral part of budding young players into the season.  It’s been a good ride.”

[MORE: Piece-by-piece looks at how the Flash, Thorns were put together]

Lloyd and Wambach have been teammates on the U.S. national team for over eight years and neither is a stranger to performing on big stages.  A decade ago Wambach scored the golden goal that gave the Washington Freedom the WUSA championship, but not to be outdone, Lloyd has the gold-medal winning strike in the last two Olympic Games.  Those experiences can help provide another type of leadership as the Flash head into their biggest match of the season.

“I think myself, Abby, other players who have been in this situation (can) help players prep the mind to just kind of be ready for this moment,” Lloyd said on the same call.  “It obviously is a bit of a pressure moment, but it’s also fun as well.  All season long you’re just waiting and hoping that you make it to the championship game and now we’re here.  You can take a little bit of a breath knowing that we’re already here, this is it, it’s one final game.  But also there is a lot on the line.”

Lloyd also praised Wambach for her leadership in the team.

“It’s been really cool to see Abby’s leadership kind of evolve over the years.  She’s kind of had a calming effect on everyone on the team.  (She) huddles around us before the game and makes sure everyone goes out and works hard.  It doesn’t matter if you make a mistake because our teammates are going to have each other’s backs.”

That mentality, Lloyd said, is something that extends off the field.

“Like Aaran said we have a very, very special group,” the 31-year-old midfielder said.  “From the moment I came here it didn’t take me long to get close with the group and form friendships and bonds.  I think that’s what’s so special about our group.  We’re really close.  Not just a couple of people here and there.  Collectively we all have such a great time with one and other.  I think that translates on the field.”

Lines clearly knows a championship team when he sees one.  And to listen to him talk ahead of the latest final is to hear him oozing with confidence.

“We’re in a good place.  We’re excited about this one.”