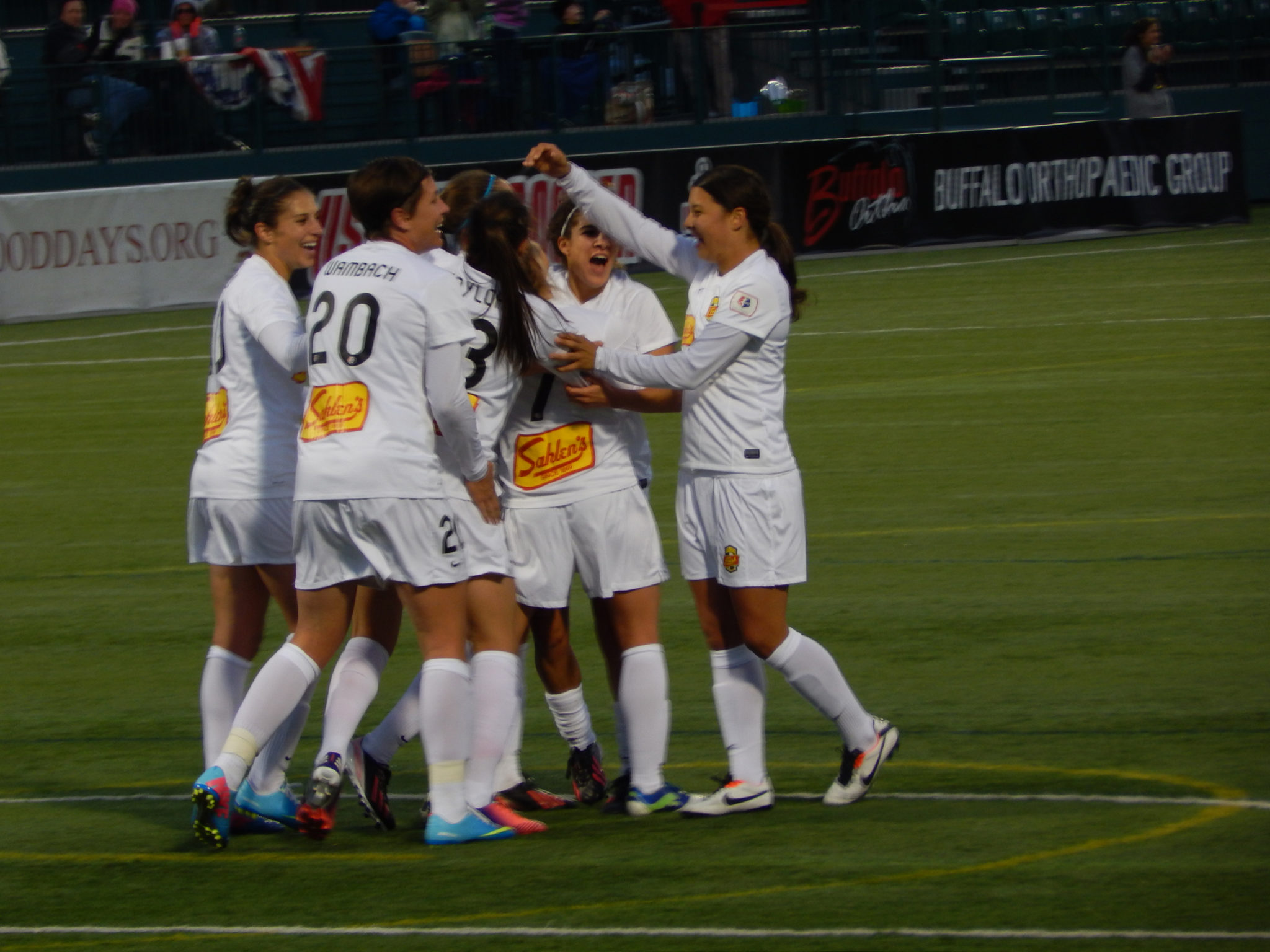 ROCHESTER, N.Y. — The road to the inaugural National Women’s Soccer League championship could still go through Western New York. The Flash defeated the Boston Breakers 2-1 on Saturday at Sahlen’s stadium to clinch a home playoff game and a shot at the No. 1 seed.

It was already a special night at Sahlen’s Stadium on Saturday as the WNY Flash hosted the Boston Breakers for their annual Project Pink match, which helps support and raise awareness for breast cancer.

The match was an aggressive battle right off the bat as both teams battled for possession. In the 23rd minute Abby Wambach headed a beautiful ball down to Sam Kerr inside of the box, where Kerr finished with a solid shot right over Alyssa Naeher. 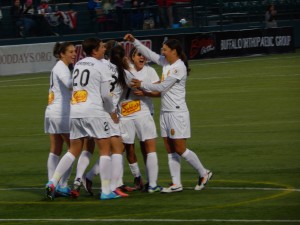 With Saturday's 2-1 win over Boston, the Western New York Flash still have a shot at the No. 1 seed. (Photo copyright Danielle Lorenzo for The Equalizer)

It didn’t take long for the Flash to double their lead. In the 26th minute Brittany Taylor launched a free kick into the box, where Wambach was waiting. Though the ball wasn’t spot on, Wambach jumped up and readjusted her body and finished with a diving header into the top corner of the net.

“It was a free kick and was outside shooting range so I told Brittany Taylor to just kick it right at the goalkeeper just a little short and she hit it perfectly,” Wambach said. “It came off the side of my face, so from that perspective it’s not a clinical finish, but it’s the only way it probably would have gone in the goal.”

Carli Lloyd almost netted a third point for the Flash in the 33rd minute as she made her way down the pitch and blasted a shot that just missed as it was deflected off the right post.

Boston’s Sydney Leroux created an opportunity early in the second half as she sprinted down the pitch and blasted a shot on goal, but Adrianna Franch was there to make the save.

The Breakers retaliated in the 54th minute off of a corner kick. After a brief scramble in the Flash box, Rhian Wilkinson knocked in the goal off of a deflection from Angela Salem to pull the Breakers within one.

The Flash were awarded a penalty in the 65th minute after Kerr was taken down in the Box, but Wambach was unable to get the shot past Naeher as she tried to softly chip the Boston keeper.

If FC Kansas City loses tomorrow to the Chicago Red Stars, the Flash will clinch the No. 1 seed. Here is a breakdown of the full tiebreaker scenarios.

–– This was the first goal that the Flash have given up at home since June 23rd. The previous five home games have resulted in shutouts.

-For the Project Pink match, the Flash sported pink jerseys, each of which were raffled off at the conclusion of Saturday’s match. They also held other numerous raffles throughout the night in support of the Breast Cancer Coalition of Rochester