The View from the North: Matheson’s career year 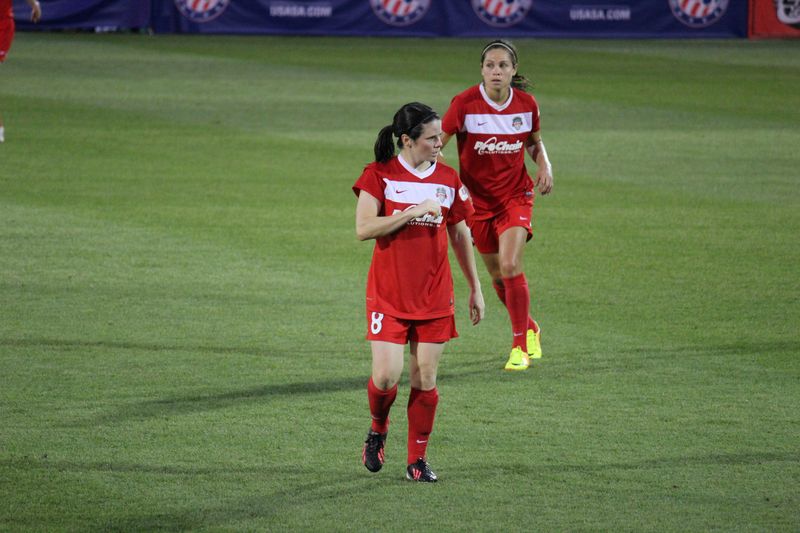 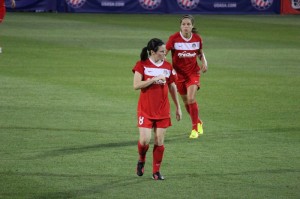 Diana Matheson has been the best Canadian player in the NWSL. (Photo Copyright Amanda McCormick | www.amandamccormick8.com)

It’s fitting that Diana Matheson is quietly having a career season for a struggling club. After all, for years, the midfielder has operated in the shadow (figuratively and, based on her impossibly small size, sometimes literally) of other Canadian players.

She played professionally outside of North America in faraway Norway and has always been second billing behind her good friend Christine Sinclair on a national team level.

Yet, she’s been a fixture. A proud Canadian that has continued to give back to the community she comes from. With 152 senior caps and 13 goals, including the one that have Canada bronze at the London Games, her contribution to the game in Canada is undeniable. Sinclair called Matheson “one of the best in the world” in a June conference call.

So, it was good to see her acknowledged as the NWSL Player of the Week for her accomplishments last week in league play. Although her team has struggled, Matheson has been a bright spot for the Spirit and is arguably the Canadian who has most distinguished herself in the NWSL’s inaugural campaign.

As the end of the first season approaches it is necessary to evaluate the national team players. It’s likely that John Herdman will be doing the same and some tough decisions might need to be made in regards to 2014 funding.

In total 19 Canadian players appeared in at least one game this year. Three of those — Rachel Quon, Tiffany Cameron and Candace Chapman — we’re signed outside of the CSA funding agreement. Of those three Quon is the most likely to be upgraded to full funding if changes are made.

Chapman may be at the end of the line. After being surprisingly left off the original list, the veteran has failed to force herself back into consideration after making just eight appearances this past year due to injury.

Focusing on the positives first, three Canadian players are in the top ten in goal scoring. Matheson leads the way with eight goals, Sophie Schmidt has one less with seven and Christine Sinclair has six on the year.

Additionally, Karina LeBlanc is second in saves in the league and has used the opportunity she’s gotten in Portland to put herself back into the conversation for Canada’s No 1.

Not all is rosy, however. Sinclair has suffered through a post-Olympic hangover season. Her six goals rank as one of the biggest disappointments league-wide.

Others are struggling to even find the field. Carmelina Moscato (10), Emily Zurrer (7), Melanie Booth (2) and Bryanna McCarthy (1) have all appeared 10 times or fewer.

With resources stretched, it’s not unreasonable to expect a review by the CSA as to whether the salary being paid to these players is a good use of those resources. It’s harsh, but such it’s the reality of pro sport.

In fact the failure of some of the younger players on that list to get significant time underlines how important it is for the CSA to take the next step and insist on a Canadian-based team in the league. By necessity, that team would be filled out with young Canadians.

Still, you have to start somewhere and with 11 of the 16 sponsored athletes getting significant time and a few standing out as elite players in the league, the overall experience in year one has to be positive for the CSA.

It’s just that more will be needed moving forward.

Assessing Year 1, future of NWSL livestreams
O’Hara will have ankle surgery, out 4-6 months