Despite struggles, Spirit thrive at gate in Year 1 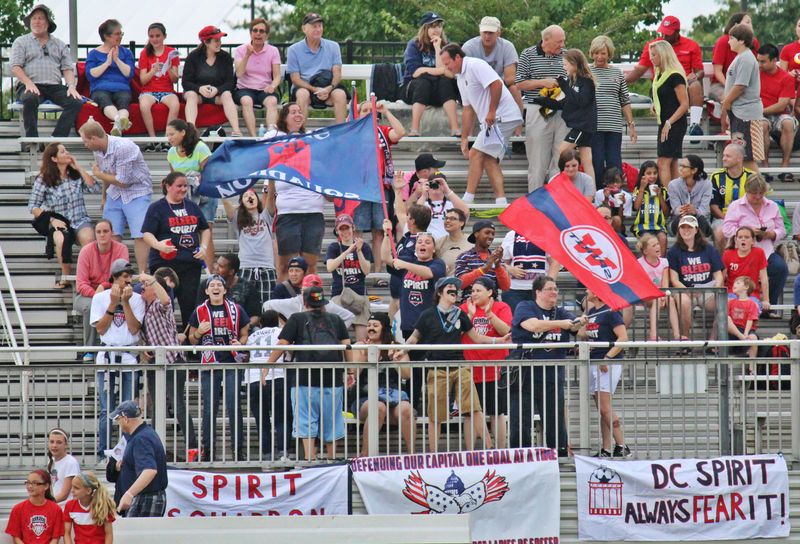 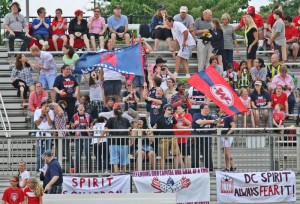 Let’s be honest, the Washington Spirit haven’t had too many things go their way this season.

Between mid-season coaching changes, multi-game losing streaks and lengthy injury lists, it’s been a frustrating season. In one respect however, the Spirit have defied expectations. Through the 17th week of the season, the Spirit — with a 3-14-4 record, cemented in last place — have maintained the fourth spot in average attendance.

Although each market in NWSL is different, the Spirit’s attendance numbers are still impressive. Generally speaking, the team on the lowest rung of the table would be expected to have the lowest, or near lowest attendance figures. Instead, on four occasions the crowds at Spirit home games have eclipsed the 4,000 mark, a number several other more successful teams on the field haven’t neared. For example, playoff bound Sky Blue FC’s season-high attendance at home was 3,002.

How did Washington end up with such strong ticket sales? Washington Spirit GM Chris Hummer attributes the success to a “great fanbase and hard work.”

“Everyone of our team is from the local soccer area, we have a lot of really good connections within the leagues and the clubs,” Hummer said. “We focused on our social networking and made sure that everybody knows that we’re here and that they come to the games and they have.”

Another part of the team’s strategy was its lengthy preseason schedule. The games were free to attend but in order to get the tickets, fans had to provide their names and email addresses. The information gathered from the preseason games were then used to sell regular season tickets.

Although the team does well in all age groups, the Spirit’s fanbase can be broken down into three major subgroups, each of which the sales team has a different strategy to attract. The three groups are young soccer players, fan group of 20-30 somethings and the experienced, older crowd.

Hummer finds that little has to be done to get the 20-30 somethings in the stands. This segment of attendees already know about the team and are on the mailing lists.

In order to attract the experienced crowd, Hummer explains, the Spirit provide them a “pure game” experience. “They don’t want music playing during the games or announcements during the games and those sorts of things that interrupt. We usually let the game speak for itself.”

The young soccer players subgroup is where the networking really comes in. The club also brought in Scott Miller, who was the lead youth community salesperson for D.C. United, in to help generate youth group sales.

“One of the most successful things we’ve done is partnerships with MSI, local Montgomery (county) soccer. We have multi-hundred player clinics that they helped organize with our entire team. (We) made it mandatory for our players all to go, so that every player could meet every one of the several hundred kids.“ Hummer said.

Given this year’s auspicious start in the stands, how will Washington’s sales team prepare for the 2014 season? They’ll start by lining up the youth soccer clinics as soon as the 2014 schedule is available. The sales team will also look to take as many youth club executive directors as possible to forge good relationships and get on as many club websites and mailing lists as they can.

And of course, they’ll look to improve on the field as well in hopes of rewarding the Spirit faithful.

NWSL Attendance Watch: Week 18
The Lowdown: What’s on the line in Week 19