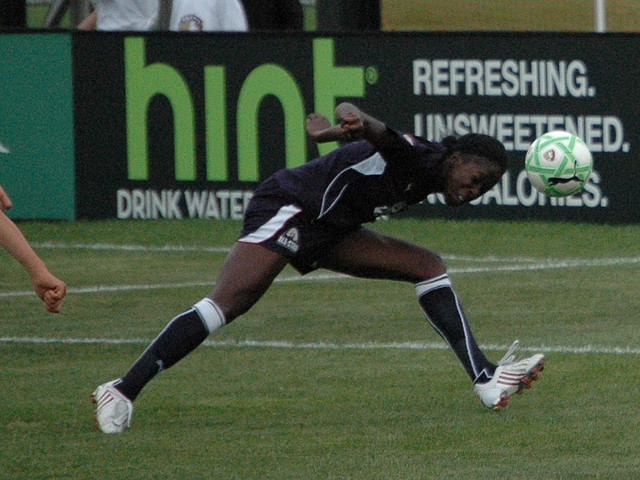 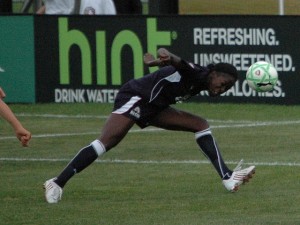 Defender Tina Ellertson was signed by Portland on July 31.

PORTLAND, Ore. — Late Wednesday in Somerville, Mass., Tina Ellertson made her Portland Thorns FC debut. Though the potential for her to sign had been discussed since slightly before the Feb. 7 Supplemental Draft, the 31-year-old’s place on Portland’s roster is far more than your typical draft-and-sign scenario. In some ways, it is one of the most bizarre acquisitions of the NWSL season, one that’s seen a former U.S. international, two years removed from her last playing days, occupy an unlikely place in head coach Cindy Parlow Cone’s plans.

Days before the Supplemental Draft – the six-round process that gave NWSL teams a chance to select from a pool of league-identified players – Ellertson had made it known via Twitter that she planned to skip the season for family reasons. The tweets echoed what she had told people in Portland, where she is active in the youth soccer scene. Portland, however, elected to select Ellertson with the process’s eighth overall pick – their first of that draft. Cone later confirmed the team had been in touch with Ellertson prior to making the selection.

Despite the coach’s confidence, Ellertson was not with the team when training camp assembled in March, yet despite the eventual emergence of rookie central defender Kathryn Williamson, the team’s pursuit continued. Throughout the season, Thorns FC stayed in touch with Ellertson, even though the Vancouver, Wash., native was still telling people throughout the area that she had no intention of playing. Despite prominent players within Portland’s squad reaching out personally, Ellertson stayed away.

That’s why her July 31, roster deadline day signing was such a surprise, but as details have emerged regarding her addition, the story has become even more curious. Right up until the signing, Ellertson was still privately maintaining her stand that she wouldn’t play, and it was unclear she was taking part in any soccer-related activity beside coaching youth soccer. A source familiar with situation said Ellertson hadn’t trained with the team before signing ahead of that night’s game against visiting Sky Blue FC. Remarkably, she was one of the 18 players Cone elected to dress for the match. (She did not play.)

The next time Ellertson was with the team was Tuesday in Boston, even though the Thorns played a game the previous Sunday in Portland. In the interim, Ellertson was away from the team, traveling away for personal reasons (a pre-existing youth soccer commitment, according to sources). She didn’t take part in any previous training sessions and traveled separately from the team ahead of their Wednesday game at Boston. When she was brought on for Mana Shim in the 86th minute at Dilboy Stadium, Ellertson was making one of her first appearances on the same field as her teammates, be that in training of during a game.

Adding to the curiosities is how she was used on Wednesday, though the decision makes a certain kind of sense. In replacing Shim while the team trailed 2-1 (in a game Portland had identified as a must-win if they were to maintain a chance at home-field advantage), Ellertson was coming on for the Thorns’ hottest goal-scorer, somebody who’d scored four times in her previous five games. The move became even more curious when Ellertson, a defender (albeit a converted one) was played as a striker – an uncommon but not unheard of tactic when trailing teams are forced to play more direct. The usage served as a strangely appropriate cap to a Ellertson’s unique courtship.

It speaks to the regard Cindy Parlow Cone has for the former WPS All-Star that the Thorns have been so persistent in their pursuit. And Ellertson, for her part, may have started doing work on the side between the time she was telling people in Portland she didn’t intent on playing and her decision to join the team.

But between her late decision, personal commitments, and Portland’s travel, Friday’s training in Rochester will be Ellertson’s first practices with the team, one day before a game that could determine home field advantage in the league’s opening playoff round.