Ashley Nick signs with Sky Blue in ‘best week ever’ 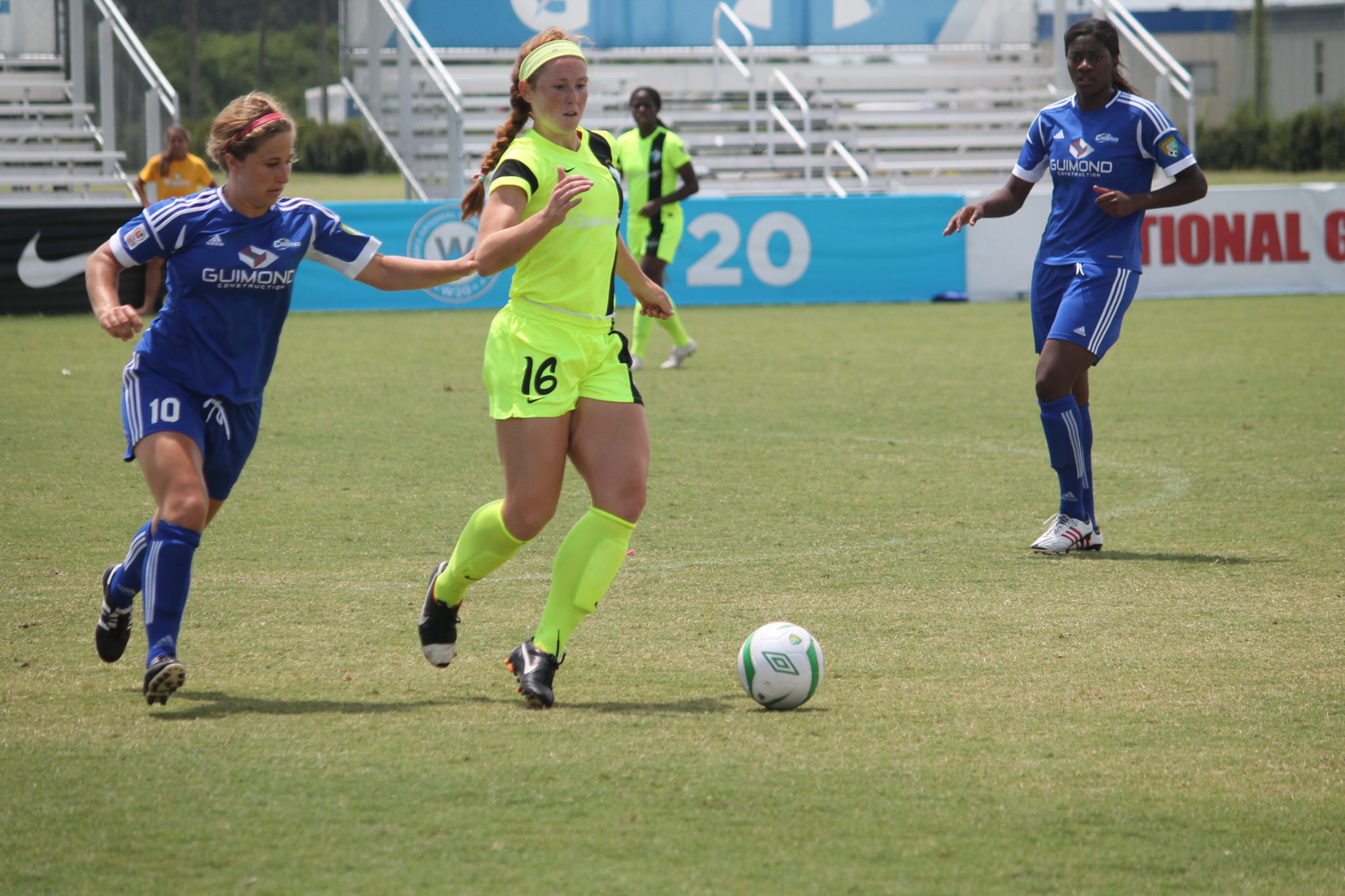 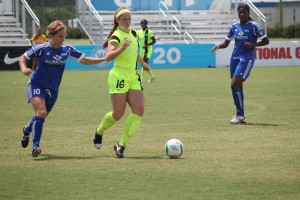 The old sentiment about basking in the glow of a championship season does not apply to Ashley Nick.

“I don’t like that.  Once you complete a goal it’s time to start working towards the next one,” the 25-year old native of Monrovia, California said.

And move toward that new goal with speed, apparently.

Nick proved that philosophy last week by transitioning from Pali Blues, where she helped the club win the W-League championship on July 28, to Sky Blue FC, for whom she played the final 45 minutes in a win over the Washington Spirit six days later after being signed on July 31, the NWSL roster freeze date.

“Literally we win the championship with Pali, they’re announcing an award, I’m going up to get it, I come back down, coach (Charlie Naimo) said, ‘Would you be interested in playing for Sky Blue?’  I said heck yeah.  I spoke to Jim (Gabarra), we got all the paperwork done as quickly as possible, and here I am.”

That award is Nick’s modest way of saying she was MVP of the championship, and watching her play the second half for Sky Blue, it was not hard to see why.  Easily spotted with her neon green headband, Nick is also easily identifiable for her aerial prowess in midfield.  She may not have been Sky Blue’s best player after halftime last Saturday, but she was rarely far from it.

“It’s good to have that mentality and it’s one of the reasons we signed her,” Gabarra said.  “She’ll be an easy fit for the team.  Most times you bring players in (this late) and it’s kind of too late to feel integrated.  Part of her personality is that she can step in and perform well.  Having played and won a championship is great, but more importantly she’s been playing games on a weekly basis and training and fit.”

There was some familiarity between Nick and a few of her new teammates, but none with Gabarra.  “Everyone’s been really nice and really welcoming.  There is good chemistry between the girls.  I didn’t feel like I just got here.  I had never worked with (Jim) before.  Of course after the opportunity had come I called a few people in the soccer world that I knew and everyone had only nice things to say about him.”

Nick initially declined to make herself available for NWSL, electing instead to remain near her family and play for Pali—a club that tried unsuccessfully to gain entry into the league (in a joint bid with the LA Strikers).  “I had played overseas for about three years and at the end of my Norway stint I decided that I wanted to be back in California by my family.”

Nick decided to take an operations job at USC, where she appeared in 117 matches from 2005-2008.  “My passion for the game runs so deep that I couldn’t just casually have a job.  So I was playing with Pali and that was when I said, ‘I still want to play every day and push myself to the best I can be.  I can always have a job or do something with coaching later in life.’

“As much as I’m very close to my family and stuff, everyone in my life understands that my passion is soccer and they’re excited for me to be living my dream.”

Against the Spirit, Nick was pleased to get in the match in the midfield, but seamlessly backed up to cover in central defense when CoCo Goodson made forays forward.  “I like to read the game and I have no problem filling in wherever I’m needed.  As long as we get the win I’m happy.”

Sky Blue tried to get Nick’s contract set up in time for her to join the team July 31 in Portland but it not pan out.  That prompted Nick to suggest she had an easier week that her new teammates, who traversed the country for the sandwich leg of a three-game-in-seven-day stretch.

“If you rewind back to last Monday I was just excited to go to the final four of the W-League.  I’m going to have to go with —  it was ESPN the best week ever.”