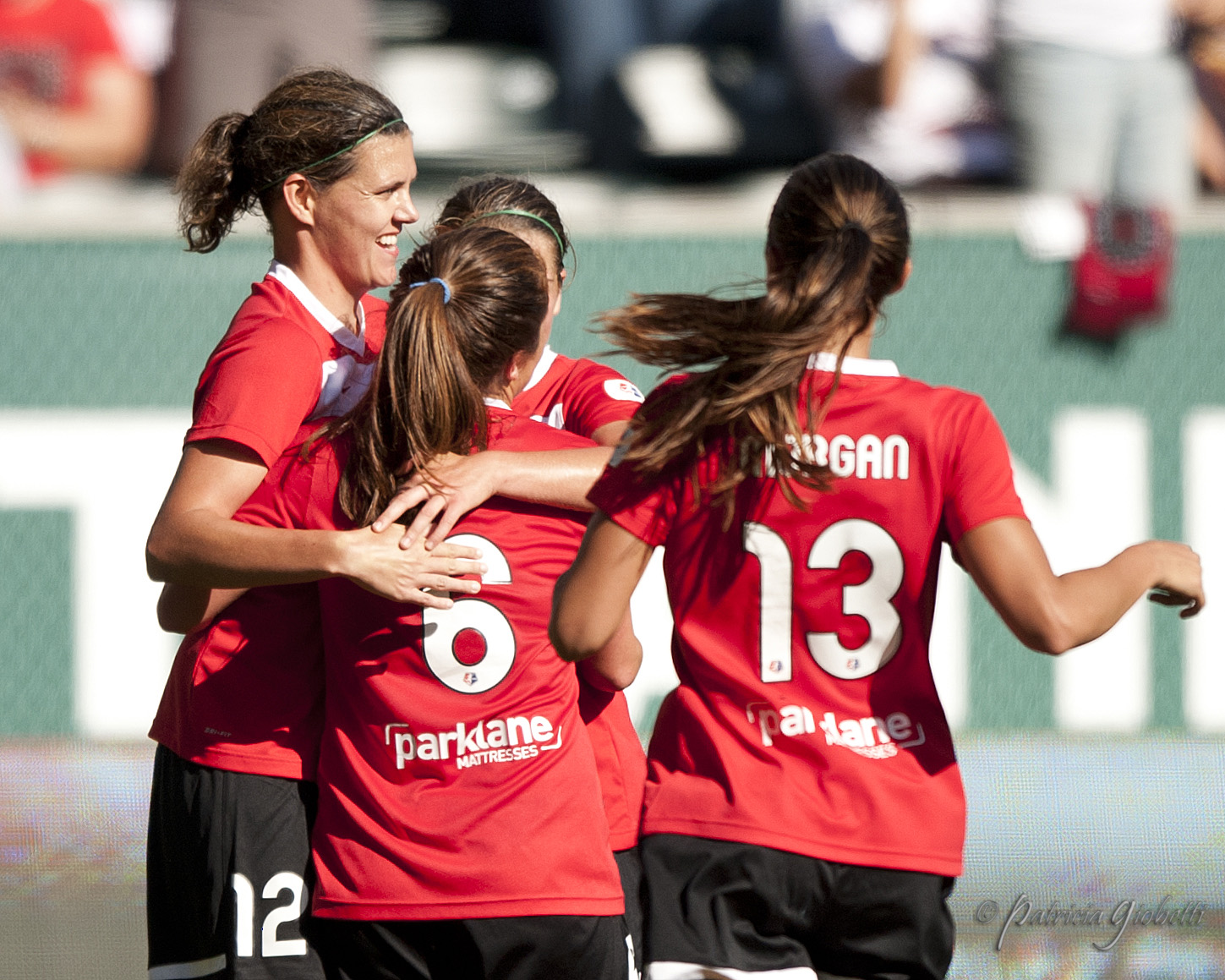 Sky Blue took the lead in the 17th minute when Katy Freels’ free kick skipped off of Thorns defender Nikki Marshall’s head. The ball looped over Portland goalkeeper Karina LeBlanc and into the the net to give the visitors the lead completely against the run of play.

The goal gave Sky Blue some confidence, with Freels putting a shot just wide in the 29th minute after a give-and-go with Monica Ocampo.

Portland, however, found the equalizer in the 37th minute on a breakaway after Shim’s through-ball beat the entire Sky Blue back line. The goal was the first for Portland in 217 minutes of play against Sky Blue this season. 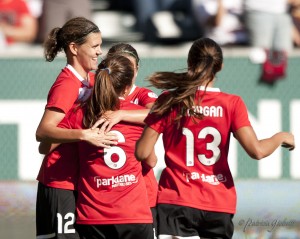 Shim would find the winner in the 65th minute, beating Loyden on a rebound after the Sky Blue goalkeeper twice denied Morgan from close range. The goal is Shim’s fifth of the season, continuing her great run in form since dropping back into the midfield.

“The last couple of games have been frustrating, obviously,” Morgan said on the postgame broadcast. “The game of soccer is not only physical, but it’s a mental game as well and for me, I think, getting my confidence up this game was a big boost not only for me but for this team. We needed this win.”

Long put the game out of reach for the visitors, scoring an upper-90 golazo from 20 yards out with her right foot in the 73rd minute to delight the 13,769 fans in attendance. There would be no late comeback, like three nights earlier when Chicago erased a 3-1 deficit at JELD-WEN for a 3-3 draw.

Loyden denied Morgan again in the 80th minute from 8 yards out to keep the score from getting uglier. LeBlanc came up big on the other end, denying Ocampo on a 1-v-1 against Ocampo in the 54th minute.

“I think that having the threat of Sinc playing now as forward definitely puts the opponents back line on their heels a little bit more,” Morgan said. “Also, having Tobin’s energy – her ability to play-make in the midfield and thread those final passes through that we’ve been missing, I think – really helped us out today and the last couple of games. Coming into the end of the season I think we realize that it’s must win games for us now or else we’re not going to host and we’re not going to get into that championship game and host in front of this amazing crowd.”

The win splits the season series between the two teams at 1-1-1.

Sky Blue FC suffered further injuries to their depleted roster, with Danesha Adams leaving the game in the first half on a wheelchair and Lisa De Vanna coming on in the second half but finishing the game limping.

Portland now have concerns of their own with two star U.S. players: Morgan and Tobin Heath both picked up their fourth yellow cards of the season (in Heath’s fourth NWSL game). One more for either will result in suspension. Morgan’s caution, for the second straight game, came due to kicking the ball away after the whistle.

Portland (10-4-4, 34 pts.) are now 1 point back of leaders FC Kansas City, who they host at JELD-WEN Field on Sunday. The Thorns have a game in hand on the Blues.

*Correction: The last quote in the article was originally attributed to Thorns coach Cindy Parlow Cone. Alex Morgan said it.