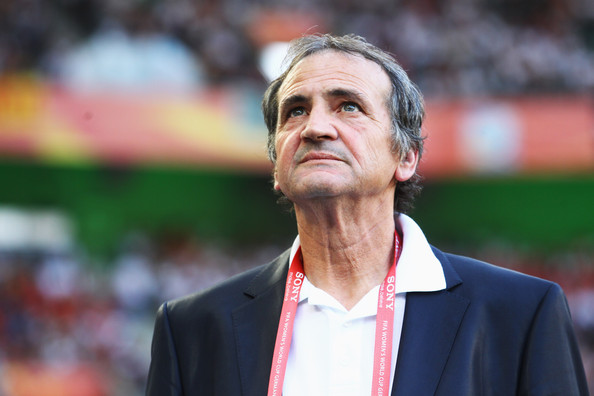 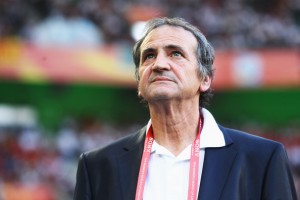 Bruno Bini has been replaced as French manager after six-plus years in charge.

After France’s disappointing quarterfinal exit from Euro 2013, Bruno Bini has been replaced by Philippe Bergerôo as coach.

Bini’s tenure lasted six and half years and included 4th place finishes at the 2011 World Cup and 2012 Olympics. Both left something to be desired as the French had the United States on the ropes in the World Cup semifinal before losing, and Bini’s side lost the Olympic bronze medal to Canada on one of the final kicks of the game.

A Euro 2013 quarterfinal exit to Denmark on penalty kicks earlier in July was the straw for Bini.

“We have lots of respect for Bruno, a very pleasant and professional man who has guided the squad with a humane touch which you don’t tend to see in football,” FFF president Noël Le Graët said. “He’s taken the team forward every year and contributed to them giving an exceptional account of themselves, but it was time to change.”

Bergerôo is a former goalkeeper for the French men’s national team and won the 1984 UEFA European Championship. The 59-year-old was an assistant coach on the 1998 France World Cup champion team and was most recently in charge of the U-19 team. His first game in charge of the senior women is a 2015 Women’s World Cup qualifier in Kazakhstan on September 25.

It is still unknown if England manager Hope Powell will have a similar fate. England didn’t even make it out of the group stage at Euro 2013 after making the final four years earlier. As written following their exits, England and France are in two similar scenarios.

Sifting through the busy weekend that was
The Lowdown: Sky Blue’s slump continues