Red Stars fight back for 3-3 draw in Portland 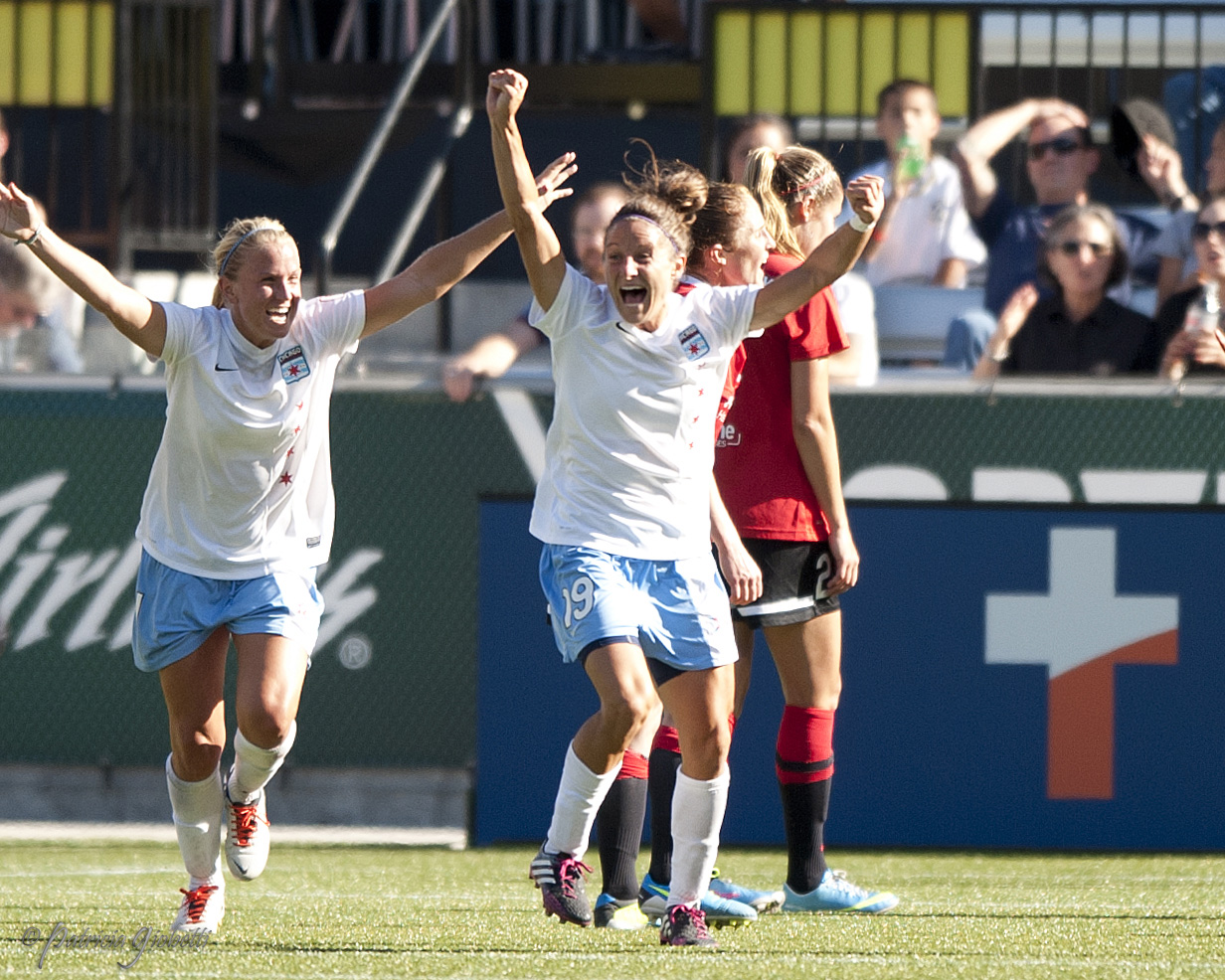 When the going got tough, the Red Stars kicked into 2nd gear.

Chicago overcame a two-goal deficit deep into the second half to earn a 3-3 draw on the road against the Portland Thorns on Sunday and keep alive their slim playoff hopes. The point gives Chicago (6-7-5) 23 on the season, four fewer than the 4th place Western New York Flash, who occupy the final NWSL playoff spot.

The physical match took a turn for the worst for Chicago in the opening minutes, when Thorns midfielder Tobin Heath’s two-footed tackle from behind brought down Red Stars captain Lori Chalupny, who had to be subbed off in the 18th minute with an ankle injury. Heath earned a yellow card.

It was Chalupny’s replacement, Alyssa Mautz, who would prove heroic. Mautz scored twice — including an upper 90 screamer — and was denied the hat trick by a goal line clearance in the 84th minute. 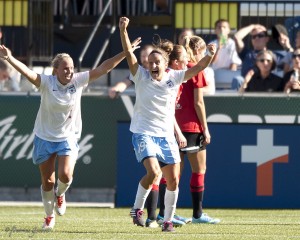 Christine Sinclair scored a brace for the Thorns, opening the scoring in the 23rd minute as part of a cheeky free kick. Sinclair walked away from the ball and Heath, standing over it, immediately chipped it Sinclair in the box when the whistle blew and Canada’s all-time leading goal scorer calmly buried it for a 1-0 Portland lead.

Thus began the back-and-forth tussle. Mautz buried a golazo from the top of the 18-yard box in the 60th minute and Sinclair answered with a goal three minutes later that seemed like it would be enough for the Thorns at 3-1.

But Mautz headed in Rachel Quon’s cross in the 75th minute and Julianne Sitch found the equalizer in the 86th minute on a wonderful half-volley that went top-corner.

Mautz would have given the Red Stars the lead two minutes earlier had her attempt not been cleared off the line. Inka Grings fired a rocket off the crossbar before Mautz’s effort on the rebound.

The physical match featured five yellow cards, including one to Alex Morgan, who was replaced by Tiffany Weimer in the 74th minute.

The draw marks the first time this season that Portland hasn’t won after leading (previously 8-0-0).