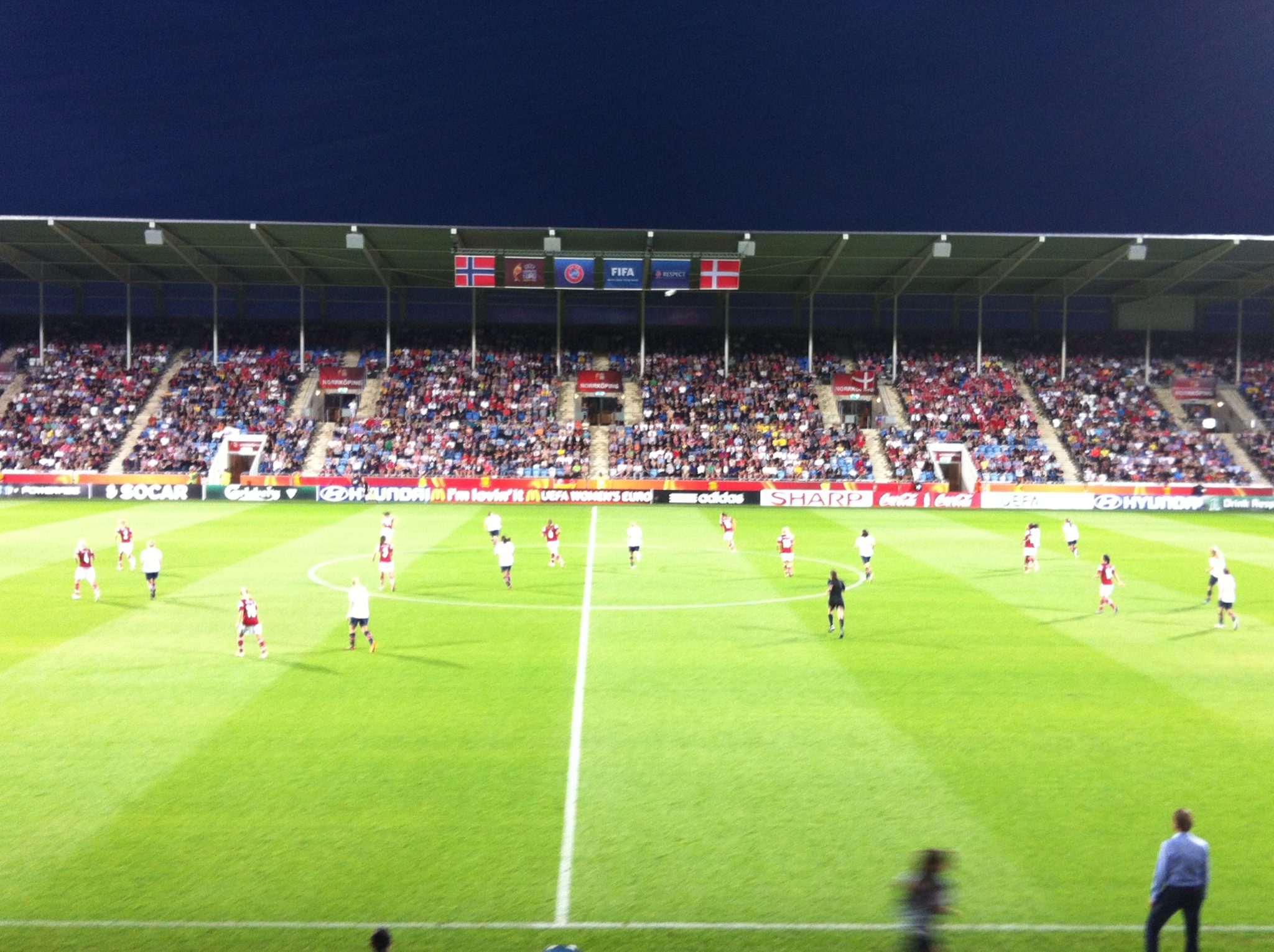 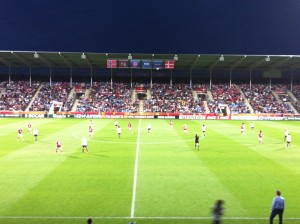 NORRKOPING, Sweden — Norway defeated Denmark on penalty kicks on Thursday to advance to the European Championship final against Germany.

Norway scored in the 3rd minute and led 1-0 for 81 minutes until Mariann Knudsen found a timely goal with a header in the final minutes of regulation. Neither side was able to find a winner in two periods of extra time so the match had to be decided with the always unpredictable penalties.

Norway came out on top 4-2 on penalties to earn a trip to Solna, Stockholm to play Germany at Friends, Arena on Sunday afternoon. Line Roddik, and Theresa Nielsen missed the first two penalties for Denmark, and Norway went 4-for-4 to clinch a berth in the Euro 2013 final match. Ada Hegerberg was quite pleased with her team’s ability to find a way to win after Denmark pushed them to the brink.

“Denmark were really strong and they pushed us down the field but we just found our game back, and as I said before all praise to the girls for doing a tremendous job in the penalty shootout.”

Having been subbed off earlier in the match, Hegerberg did not participate in the shootout so she had to watch nervously from the touch-line.

“Just watching them be so calm, and cold taking those penalties was unbelievable and our keeper did a great job as well.”

The Norwegians didn’t waste time score goals as they added a marker just over two minutes in thanks to a lucky bounce off a corner. Defender Marit Christensen had the ball go off her body after Danish keeper Stina Petersen fumbled the corner from Norway captain Ingvild Stensland. The early goal allowed Norway to sit back, and take their time getting into the match. Denmark had to open up the Norway defense, which left them vulnerable for a counterattack from Norway.

Much like Germany, Norway also have a very strong defensive front. Having only allowed two goals in four previous Euro 2013 matches, coach Even Pellerud has his team focused on playing a 90 minute, defense first philosophy. Norway’s ability to keep the score total down has helped them immensely in this tournament. Norway’s outstanding keeper shone brightest during the penalty shootout thanks to some helpful research before the match.

The early goal by Norway did not put Denmark in a funk for the rest of the half. The Danes played better as the first half went out, and Pernille Harder, and Mariann Knudsen had some chances but where unable to hit the target. Coming off a thrilling 4-2 penalties victory over heavily favored France, Coach Kenneth Heiner-Moller has his team in the right frame of mind with no pressure or outside distractions getting in the way of his squads vision of reaching the Euro 2013 final.

Neither team scored during the remainder of the first half, and both teams went into halftime with Denmark possessing the majority of the ball despite being down 1-0 to Norway. The Group B winners looked a lot like Germany after the Germans took a 1-0 lead over Sweden in the semifinal match in Gothenburg on Wednesday evening. Denmark kept coming with a dangerous attack led by Harder, and Norway seemed more interested in time-wasting than scoring another goal.

The second half in Norrkoping kicked off with Denmark breaking out on attack with numbers. Wing back Theresa Nielsen was wide open on the right side of the pitch calling for the ball but none of her teammates heard her attempts to gain their attention. With Nielsen up the pitch, Norway were able to bounce back the other way with a glorious opportunity to make it 2-0.

Solveig Gulbrandsen found a streaking Caroline Hansen on the left flank, and she broke in on keeper Ingrid Hjelmseth. With Denmark slow to get back, Hjelmseth charged out of the net to make herself big. Hansen’s shot hit her directly on, and was cleared out of danger seconds later. With the Danes pressing for that equalizing goal, Norway were on the hunt for that back-breaking insurance goal.

Denmark brought on a pair of forwards in the 67th minute. Nadia Nadim and Johanna Rasmussen both came on, replacing Janni Arnth, and Julie Rydahl. However it was Norway that had the latest, dangerous chance at finding another goal in the 70th minute when substitute Elise Thorsnes had her shot go curling wide of the mark after Denmark were too slow to clear the ball in their box.

Hjelmseth was given a yellow card by Ukrainian referee Kateryna Monzul in the 83rd minute for time-wasting. Denmark pressed on until the final whistle, and their handwork was rewarded three minutes after the time-wasting call.

Katrine Pedersen delivered a long free kick from well out, and Linkoping FC midfielder Mariann Knudsen headed home the game-tying goal. Denmark and Norway were destined to play two 15 minute periods of extra time as neither team could find enough goals to sink the opposition.

Denmark continued to control the later stages of the play but it was Norway who had the best chance in the first half of extra time. In the 100th minute, Thorsnes made a nice cut and fired a low dipping shot that looked like it would find a home in the back of the Danish net. However, Petersen made a finger-tip save to deny the shot on target.

During the second half of extra time, with penalties looking like a sure possibility, Denmark had a pair of corners, but the most dangerous opportunity to break the deadlock came from a Danish free kick just outside the Norwegian box in the 113th minute. Line Roddik ran over the ball while Katrine Sondergaard Pedersen took the kick, and just missed placing the ball inside the top left corner.

Now it is onto Sunday’s final vs. Germany, where Norway looks to avenge final match losses from 1989, 1991 and 2005. Norway defeated Germany 1-0 in the group stage, handing them a shockingly rare defeat.

Notes: 36-year-old Denmark captain Katrine Sondergaard Pedersen is a teacher in Norway, and one of her students happens to be 18-year-old Norwegian midfielder Caroline Hansen. Emilie Haavi was a former pupil of Pedersen.