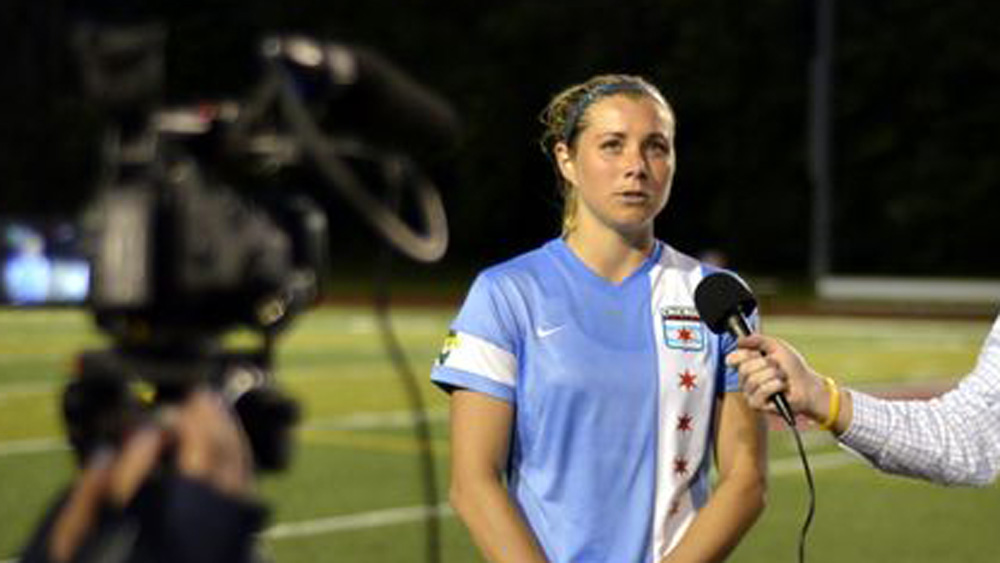 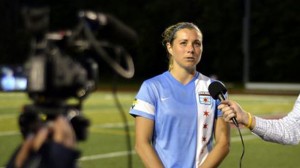 Red Stars defender Taryn Hemmings is out the rest of the season with a torn left ACL and MCL. (Photo Credit: Chicago Red Stars/Smith)

Chicago Red Stars defender Taryn Hemmings will miss the remainder of the NWSL season after tearing her left ACL and MCL late in Sunday’s game against FC Kansas City.

Hemmings went down in the 86th minute after unsuccessfully defending a 3-v-1 breakaway that Kansas City midfielder Erika Tymrak finished to give the Blues a 3-1 lead.

Chicago, playing with 10 after using all their substitutions before Hemmings’ injury, rallied for a critical 3-3 draw after scoring two goals in the final minutes.

Hemmings started 14 of Chicago’s 15 matches to date and had developed into one of the better, more attack-minded center backs in the league.

“If you’re going to pick one player that would be really, really difficult for us to lose, it was probably her,” Red Stars coach Rory Dames told The Equalizer on Sunday, before Hemmings’ MRI.

The news comes as another blow to a Red Stars team that has dealt with major injuries all season, including both defensive midfielders. Leslie Osborne missed about a month with a sprained right MCL and Shannon Boxx is still out after right knee surgery on April 30.

“We knew this year was going to be difficult as soon as we saw the allocation, and we found ways to be successful,” Dames said. “We just have to find ways to keep grinding out games. We can’t make excuses for anything else.”

Defender Amy LePeilbet, who played for the U.S. at the 2011 Women’s World Cup and the 2012 Olympics, has been sidelined since the beginning of the season following knee surgery.