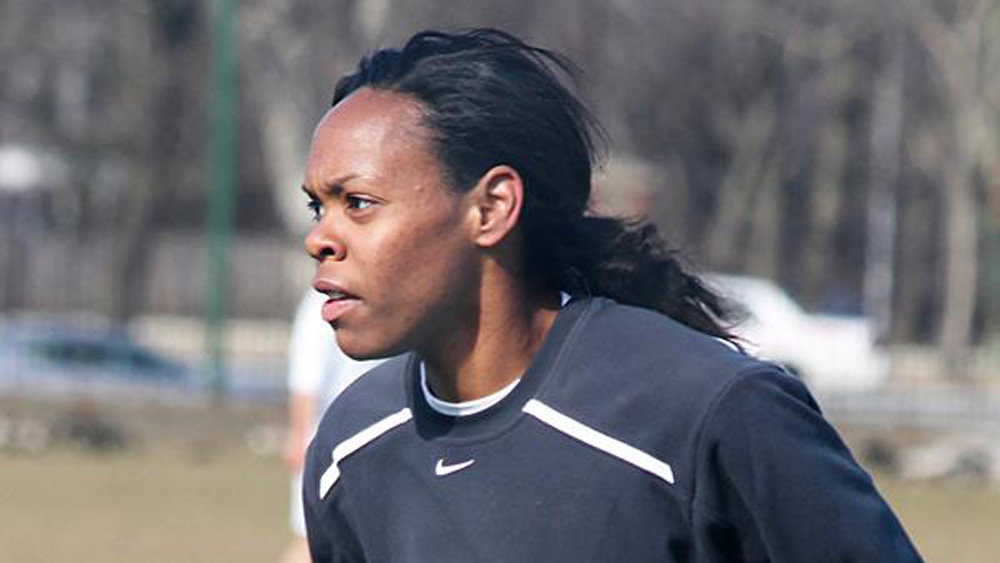 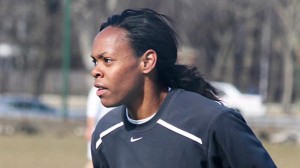 PISCATAWAY, N.J. — After combining for 16 goals in their first three meetings, Sky Blue FC and the Boston Breakers played 90 minutes of scoreless soccer Saturday in front of 1,279 at Yurcak Field.  Sky Blue goalkeeper Brittany Cameron collected her league-leading eighth shutout of the season while Ashley Phillips picked up her first, and both of them worked hard to keep the opposition off the board.

“I think the keepers and both back lines did a fantastic job tonight,” Breakers coach Lisa Cole said.  “No goals this evening but I think it was an exciting game to watch.  I think it was end-to-end.”

Phillips got her first start since June 16 after Alyssa Naeher underwent nasal surgery earlier in the week.  She came up with a huge stop on Lisa De Vanna early in the match when she raced off her line to smother a breakaway.  Early in the second half Phillips pushed shots over the bar by Katy Freels and two minutes later by De Vanna.

“I’ve said from the beginning that both Ashley and Alyssa have done a great job for us, but what’s kind of been missing is them coming up big for us,” Cole said.  “I think in Portland (a 2-0 Breakers win) Alyssa came up big for us and here in Sky Blue, Ashley came in and did an excellent job and kind of saved us from ourselves sometimes.  That’s important.  A goalkeeper’s got to be consistent, they’ve got to be good with their feet, and they’ve got to come up with some good saves every now and then.”

The best chance of the night though was one that narrowly missed the crossbar.  Sky Blue won a dangerous free kick that was played out for a corner kick.  Danesha Adams whipped it in and CoCo Goodson flicked it just over top of the frame.

Cameron’s best save came on Kyah Simon in the 38th minute, and it happened while she was waiting to have her shoe tied.  Simon took a shot from the right side and Cameron got both gloves on it, knocking it out for a corner kick.  After having the shoe tied Cameron leaped up in traffic to snare the corner.

“I looked down and my shoe was untied and I had gloves on,” Cameron said.  “We got it all fixed.  We got it sorted out and it was good to go.”

In the 28th minute Cameron came off her line and out of her box where she knocked the ball away from Sydney Lerous with her thigh.

Sky Blue coach Jim Gabarra said the midfield trio of Manya Makoski, Taylor Lytle, and Katy Freels had their worst game of the season.  Sophie Schmidt started at forward but dropped to midfield after halftime, with Freels shifting wide and higher.  Later Brittany Bock came in for Lytle for her first action since May 19 when she broke her wrist.

“It was great just to step out there,” Bock said.  “We were talking about the support from the fans was so awesome.  It was awesome to have everyone around me.  My teammates know I’ve been working really hard.”

Sky Blue (9-3-4, 31 points) extended its cushion atop the table to five points, but now concede two matches in hand to Portland Thorns FC.  The Breakers (5-5-5, 20 points) move within three points of the Flash for fourth place and the final playoff spot.

“We have a good idea as a coaching staff where we are and what we need to do going forward,” Cole said.  “I think the team has probably discussed it among themselves.  We haven’t had any sort of formal conversation about it, but our focus today was to make sure that we continue to improve to make sure that we’re a team that gets into the playoffs and is able to contend once we get there.”

-Heather O’Reilly played her first game at Yurcak Field as a visitor.  She played three seasons for Sky Blue (2009-2011) in WPS highlighted by her goal to beat the Los Angeles Sol 1-0 in the 2009 WPS Championship match.

-The Breakers are now unbeaten in four matches and have logged consecutive shutouts for the first time this season.

-Naeher is expected to miss 2-4 weeks.

-Both teams return to action July 21.  The Breakers host the Thorns while Sky Blue visits the Flash on FOX Soccer.