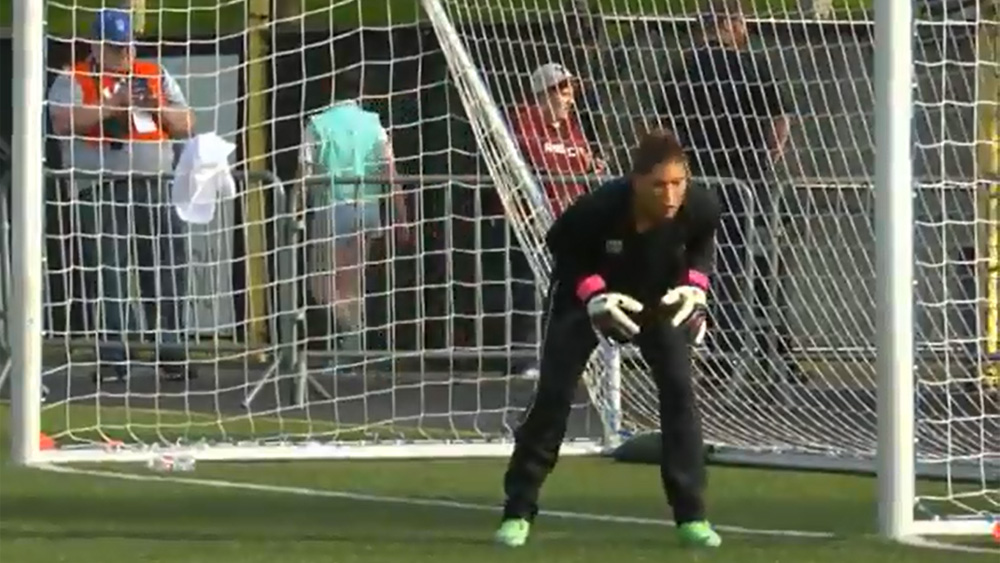 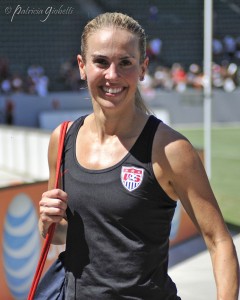 Week 14 features the debut of the NWSL on FOX Soccer plus the first Abby vs Alex matchup when the Flash visit the Thorns.  Here is at the remaining Week 14 action in NWSL:

Quick Look:  The fourth and final regular season meeting between these teams will be the first where no players are missing for national team duty.  Injuries, though, will be a factor with Kelley O’Hara and Monica Ocampo listed as out for Sky Blue and Alyssa Naeher will miss the match for the Breakers.  The previous three meetings have produced a total of 16 goals.  Breakers’ midfielder Heather O’Reilly will be playing her first match at Yurcak Field as a visiting player.

Tactical Short:  The Breakers will change goalkeepers again, but they may have solved their issue of continuity in back.  Jazmyne Avant has more or less locked down the right back spot since being acquired after her release by Portland.  The Breakers will be leaning on that familiarity to keep Lisa De Vanna out of their hair.  The Australian forward tormented the Breakers with her high pressure leading Sky Blue to wins in the two matches she played in.

Quick Look:  Round three of the Midwest Melee is another head-to-head featuring fully stocked rosters for the first time.  The sides split a home-and-home four weeks ago with the road team winning both times.  The ramifications of this one are big.  A Red Stars win will pull them within four points of their Midwest rivals while a Blues win would further ensconce themselves among the top four.  The former Lauren Cheney will play her first match as Lauren Holiday after missing both of last week’s matches to get married.

Tactical Short:  The Lori Chalupny-Desiree Scott matchup in the attacking part of the Red Stars midfield figures to be worth the price of admission.  Chalupny is one of the most dangerous, creative, and fouled players in the league while Scott with her low center of gravity is a ball-winner extraordinaire.  For the Red Stars the path to goal means getting past Scott.

Quick Look:  The last two teams to play for the first time will do so with both teams at a crossroads.  The Flash are at the end of a tough stretch of mostly road games and have not won in three tries this month.  The Thorns’ season-long midfield woes have finally caught up to them and they have not found the back of the net in their last three matches.  A Flash win will move them ahead of the Thorns on the head-to-head tiebreaker and could drop Portland to fourth if Kansas City gets a result in Chicago.

Tactical Short:  Adrianna Franch has had some exquisite moments in her rookie season but has also been prone to getting herself out of position.  It cost her at least one in Seattle on Thursday and nearly a few more times.  With Alex Morgan and Christine Sinclair on the other side, a keeper would be wise not to show too much of an angle to the goal.

Quick Look:  The Spirit return to the site of their only victory and they will find a very different side to the one they beat 4-2 in May.  The Reign have since added Hope Solo, Megan Rapinoe, Jessica McDonald, and Renae Cuellar and will have new signing Emily van Egmond available for this one.  The Spirit have only one draw in eight matches since beating the Reign and their only goal during that time has been from the penalty spot.  Neither of these teams have more than a longshot chance at the playoffs but they will go down as the first two NWSL sides to appear on television.  FOX will have Steve Cangialosi and Lori Walker in the booth for this one with Heather Mitts on the sideline.

Tactical Short:  The Spirit have issues everywhere but the inability to find the final pass or finishing touch stand out.  The Reign backline offers room to attack having forced Solo into 38 saves over the five-match unbeaten streak.  But the midfield will have to deal with Christine Nairn and Jessica Fishlock who are concurrently playing their best soccer of the season.