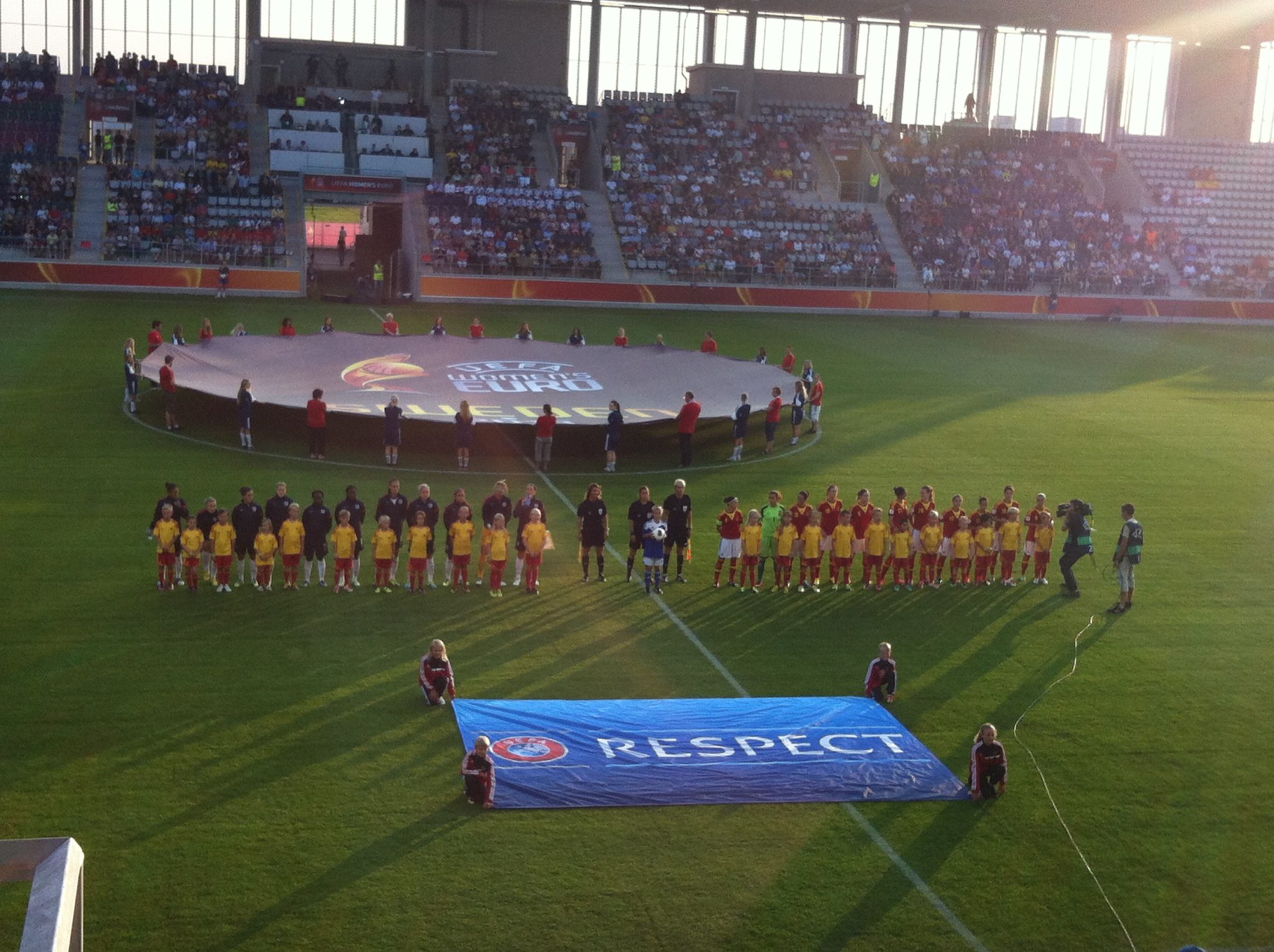 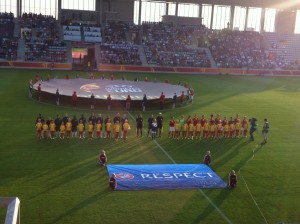 LINKOPING, Sweden — England and Spain were the final two teams to take to the pitch at the European Championships in Sweden and they saved the best for last. Spain took the lead on three separate occasions, and finally sent England away with a 3-2 loss when 19-year-old Alexia Putellas threw her body into the mix and the ball went off Karen Bardsley for an own goal in stoppage time. Spain scored twice earlier in the match only to have England equalize both times four minutes later each time.

The Spaniards came up huge, and had three different goal scorers find the net. England back line was in shambles, and Bardsley did not have her best game in net. The Lionesses proved unable to handle the scoring prowess of a quality attacking side like Spain. During the week England maintained that they had moved on, and learned from their 4-1 defeat to Sweden but they weren’t focused on defense for a solid 90 minutes against Spain.

Spain opened the scoring on four minutes when Sonia played in a brilliant ball to captain Veronica Boquete. The Tyreso FF striker beat the offside trap, and easily ran past Alex Scott and the England defense. Bardsley got a hand on the shot on target but was unable to save Boquete’s effort as the ball went in to the left of Bardsley.

“I think both teams wanted to win, and we tried to feel out the best options, and do something special, and different,” Boquete said.

Eniola Aluko found herself in the starting eleven because Kelly Smith is still not quite right, and the Chelsea Ladies forward made the most of her opportunity with a brilliant goal in the 8th minute. Jill Scott found Aluko on the right side, and she calmly beat Ainhoa Tirapu. Spain showed that they are equally prone to mental lapses at the back end. England, and Spain both struggled in the opening 10 minutes, and their keepers were hung-out to dry on both first half goals.

Spain took control of the play and possession for much of the 1st half, and England struggled to get onto the same page. The score was deadlocked 1-1 at the half.

England settled down in the second half, and got their legs going. Rachel Yankey had a look at what appeared to be an open right side of the goal thanks to a great cross from Ellen White. Marta Torrejon was able to block Yankey’s shot as the Spanish keeper was not in good position to make a potential save.

Spain came down the right flank with numbers and looked to be purposely going after Alex Scott, the Lionesses’ right back. As expected Spain ran their offense through Boquete, and for most of the match she was able to do whatever she pleased. Her speed, and creativity gave England fits.

Spain had a brilliant chance to brake the game open when Karen Bardsley misplaced a Spanish cross. Substitute Vicky Losada raced to the ball, and hammered the crossbar from in close. England countered with their own chance to score in the 82nd minute when Karen Carney had her cross go past the net thanks to White’s deflection.

Jennifer Hermoso scored what looked to be the winning goal on 84 minutes after England was unable to clear their box following a Spain corner. England huddled at midfield during an injury to a Spain defender in an effort to brainstorm a possible equalizer. Whatever was said in the huddle seemed to work momentarily because defender Laura Bassett got to a ball and had her shot bounce in as she was falling to the turf in the 88th minute. The mostly 5,190 England fans cheered as they thought England has rescued a draw.

It was simply not to be on this night because 19-year-old Alexia Putellas went up for a header on an Adriana cross, and the ball bounced off Bardsley and into the net. It was Spain’s first win over England since 1996.

Notes: Marie Laurie Delie had a brace as France defeated Russia 3-1 in the earlier Group C match. England will play Russia on Monday, while France battle Spain in the night match.

“Right now we’re just thinking about recovery, and playing against France,” Boquete said. “It’s a hard team… that is almost impossible (to play) but it’s ninety minutes, and it’s football.”