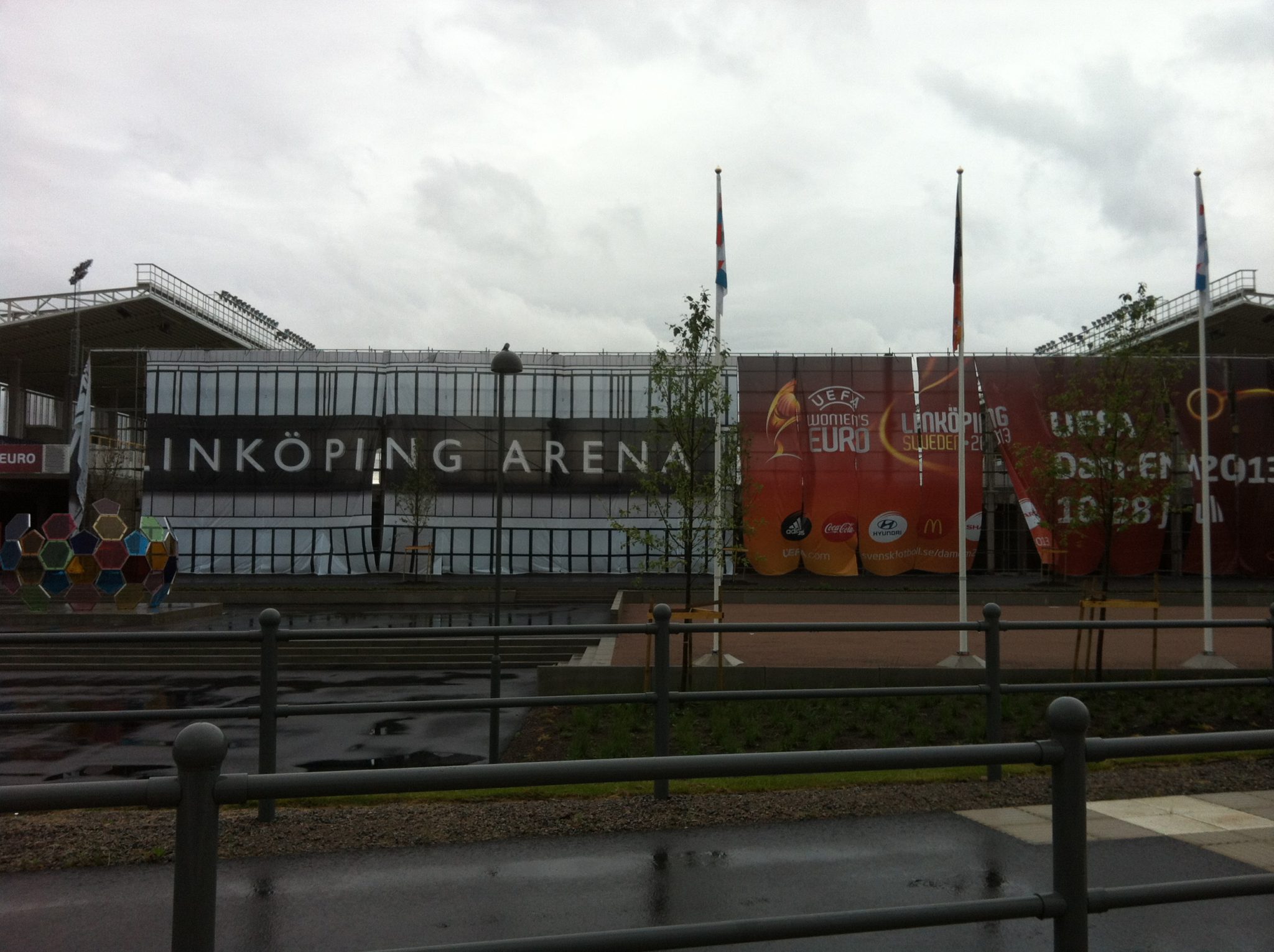 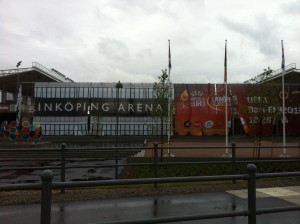 A view from the outside of Linkoping Arena. (Photo by Harjeet Johal)

LINKOPING, Sweden — England are set to take on Europe and the best women’s football teams the continent has to offer. The European Championships will kick off for the Lionesses on Friday night when England take on Spain at the newly constructed Linkoping Arena. England are a favorite to win Group C; however, standing in their way will be stiff competition from France, and Spain. Russia is also in Group C and they will play England on Monday, July 15.

Hope Powell will look to help win England’s first major championship. The team came close in 2009 when they lost the European Championship final to Germany. With Powell’s strategy, and player selection, and exclusion of in-form Natasha Dowie, pundits back home are hotly debating her every move. This could be Powell’s final opportunity to win a tournament championship for her country.

England’s coach since 1998 has a huge wildcard sitting on her bench in Kelly Smith. It is not known how the all-time England leading scorer will be used. The former Boston Breakers star has been battling injury, after injury and played in one qualifying match for England.

Smith has not been made available to the media and it is unknown if she is fit to see any action during the tournament. England will rely heavily on young players like Ellen White, Jessica Clarke, Toni Duggan, and Jordan Nobbs. Whether those players can step up when it matters most is something waiting to be seen.

England are coming off a terrible performance against Sweden on July 4. The Swedes hammered England 4-1 in a friendly. After Ellen White opened the scoring on 13 minutes, Sweden came back to score four unanswered goals, including a brace from Lotta Schelin. England are hoping a week of practice will allow the team to correct their mistakes, and clean up their back line before the competition. Steph Houghton played 45 minutes against Sweden and said the team is improving and as they prepare to play Spain.

“Obviously not to let in sloppy goals, I think that’s the main thing, and to make sure that we keep switched on and concentrate for the 90 minutes, Houghton said. “Overall I think everybody is very positive about the next three games that we’ve got, and we know they’re going to be massive games. I’m confident, and the rest of the squad’s confident that we can go out and perform.”

The Arsenal Ladies defender had a huge breakout last year at the London Olympics when she scored three goals in four matches for Team Great Britain. She was named top left-back of the tournament. At the moment Houghton is not setting any personal goals for this tournament, she is just hoping to play.

“I think first of all you want to play every game as possible, and make sure to try and get in the starting eleven, but also try and play well and do things for my teammates, that’s the most important thing.”

England compiled a eight wins and two draws in 10 qualifying games for Euro 2013 and outscored their opponent 22-2. Playing a strong defensive game wasn’t any issue against minnows like Croatia, Slovenia and Serbia. It will be imperative for England to put on a good showing at the back if they are to be successful. Alex Scott, Sophie Bradley, and Casey Stoney will have to make sure to defend for a solid 90 minutes. Any lapses against Spain, Russia, and France could sink the Lionesses.

One of the players who always plays a competitive, all-out 90 minutes is Anita Asante. The only England player playing in the Sweden Damallsvenskan, Asante talked about the depth and positive results England recently put up against Japan, and Canada.

“I think we have shown in our preparation games against some of the best teams in the world the likes of Japan, Canada, and other teams the we can compete if not get a good result. We feel very assured in our preparation that we’re going in with the best strategy that we have and with a good wealth of depth in our squad that we can play well against these teams, and get a good result.”

England are a team with so much promise, depth and quality talent from which to draw. One wonders if this will be the tournament they finally put all their pieces together and lift a trophy. The top two group teams and two best third place winners will advance to the quarterfinals. On paper England should do just that, but anything can happen in football.

The Lowdown: On the verge of a call-up?
EURO 2013 Day 1 results; Denmark’s Petersen saves 2 PKs