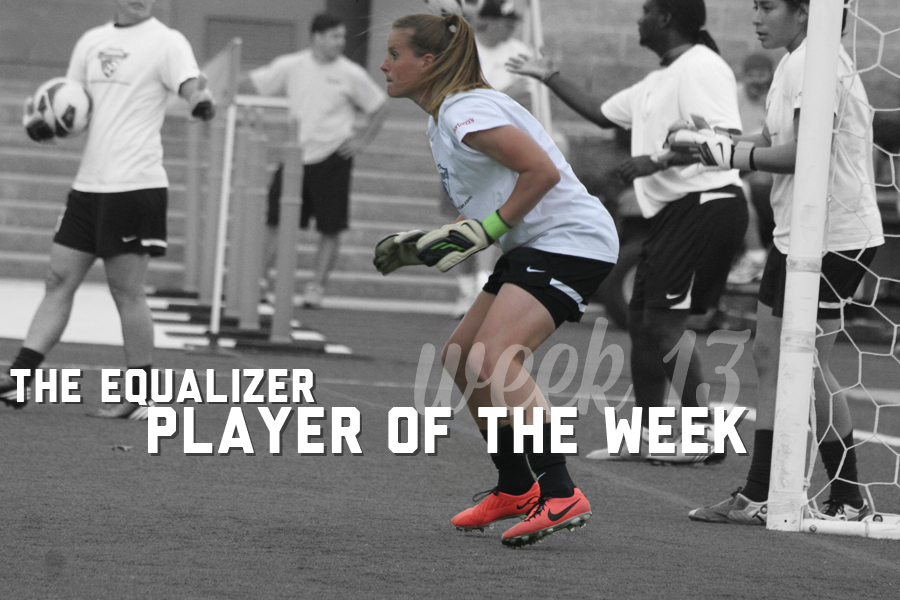 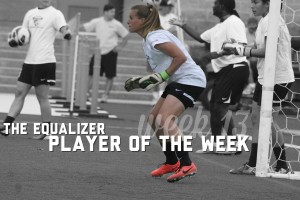 Alyssa Naeher is the Player of the Week, as voted on by the editors of The Equalizer. (Photo copyright Meg Linehan for The Equalizer)

Boston Breakers goalkeeper Alyssa Naeher is The Equalizer’s National Women’s Soccer League Player of the Week, as voted on by the editors of the site.

Naeher helped the Breakers (5-5-4, 19 pts.) secure four points last week on a critical two-game road trip that placed them firmly back in the playoff hunt.

On Wednesday against Seattle Reign FC, Naeher made five saves in a 1-1 draw. Between the two games, Naeher faces 37 shots (on and off goal).

Leroux, also a strong candidate for the Player of the Week, scored all three goals on the road trip.

Player of the Week Archive

Road trips not so daunting in start-up NWSL
The Lowdown: On the verge of a call-up?