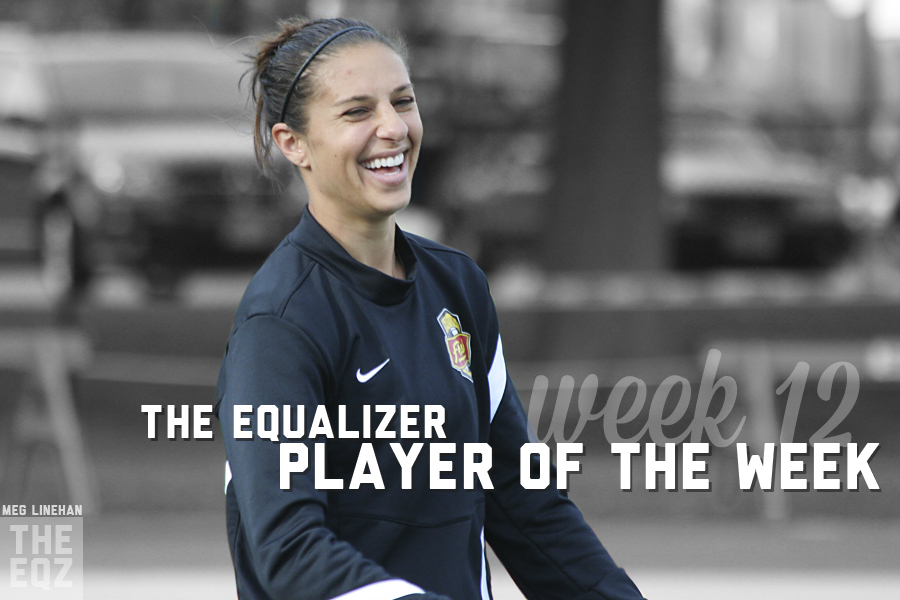 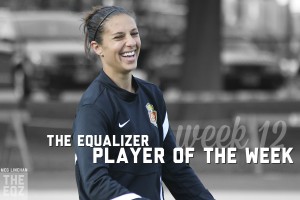 Carli Lloyd is The Equalizer's Week 12 NWSL Player of the Week, as voted on by the editors of the site. (Photo copyright Meg Linehan for The Equalizer)

Western New York Flash midfielder Carli Lloyd is The Equalizer’s Week 12 National Women’s Soccer League Player of the Week, as voted on by the editors of the site.

Lloyd scored a hat trick on Friday in a 4-0 whooping of the Washington Spirit at home. Lloyd missed the first four games of the NWSL season with a broken bone in her shoulder. She made her debut with the Flash on May 11 and capped off a strong June with Friday night’s hat trick, giving her four goals this season.

In the absence of Shannon Boxx, due to injury, Lloyd has stepped into more of a holding midfield role over the last month with the U.S. women’s national team.

FC Kansas City midfielder Lauren Cheney — who is playing like a league MVP at the moment — was a close second for Player of the Week. Cheney scored twice last week against the two top teams in the league, Sky Blue FC and Portland Thorns FC. Both goals were highlight reel strikes.

Player of the Week Archive