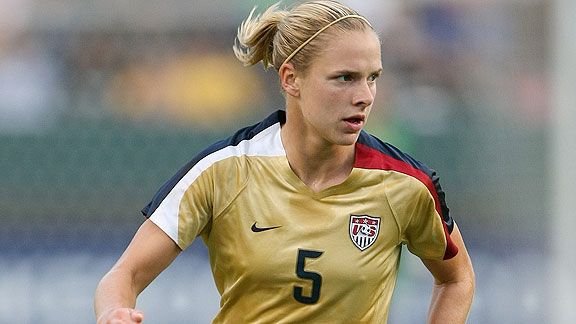 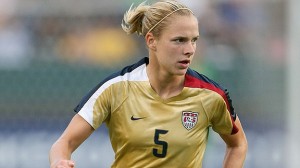 Lindsay Tarpley still hopes to play in the NWSL, but is being cautious with her recovery.

Halfway through the inaugural National Women’s Soccer League season, America’s soccer elite are hoping big names will be enough to help push the pro league past the three-year expiration date that ended the others. If this was the previous go-round, as with Women’s Professional Soccer, Lindsay Tarpley would’ve automatically been expected to be one of the standard-bearers. But not this time.

Tarpley isn’t out of the picture. She was selected by the Chicago Red Stars during a supplemental draft in February. Analysts and fans raised a collective eyebrow at the draft pick, saying it would be a boost for Chicago – but in truth, none of them have seen Tarpley play soccer in more than two years.

To veteran soccer fans – that is, to the fans that preceded the explosion generated by the Americans’ dramatic 2011 World Cup and London 2012 Olympics campaigns – the view of Tarpley endures. Ask those fans and they will say she is a versatile player that can easily slot into any U.S. attack.

Former U.S. coach Pia Sundhage saw Tarpley as a player able to fill any role on the pitch: In the flanks. Up top. Central mid. Anywhere she was needed.

But since tearing her right anterior cruciate ligament (ACL) during a pre-World Cup friendly in May 2011, Tarpley has not featured for club or country.

She’s still the same Tarpley who first tore that ACL in 2009 and fully recovered to be named to the 21-player World Cup roster for 2011. But things are different the second time around.

“It was a really significant injury and I don’t think I was able to understand how significant it was at the time,” she said during a phone interview with The Equalizer last month. “A lot of it was shock and disappointment at being injured. But I think as time has gone on, I’ve realized the magnitude of exactly what happened. I think it’s been put in perspective for me that I need to make sure I’m putting in a lot of effort into rehabbing it to try to be as healthy as possible moving forward.”

Tarpley had a scope procedure on her knee last fall. Unlike her first injury, Tarpley has needed additional surgeries beyond the initial ACL surgery in 2011, including a microfracture procedure designed to help new cartilage grow.

“My ACL feels pretty good, but I have a lot of cartilage and meniscus damage this time and that’s been my hold up,” she said.

If not for what her husband, current U.S. women U-17 coach, B.J. Snow earlier this year called a “gruesome” injury, she might be playing in the NWSL today.

Tarpley was drafted by Chicago before the season began and has yet to join the team with about half the season left. Her goal, she said, is to play.

“I would love to be a part of the league, but I can’t really say one way or another because I am hopeful to play in it. However, I want to make sure I am putting my long-term health first,” she said.

In 2003, Tarpley was named Soccer America Player of the Year and led the University of North Carolina to the national title. On the international level, she helped the U.S. win gold medals in the 2004 and 2008 Olympics and was a member of the 2007 World Cup team.

When she was injured in May 2011, she was just one month away from being part of the World Cup team that later lost in the final to Japan, but then found redemption in London for the 2012 Olympics.

“We drafted Lindsay with full awareness and support of her situation,” said Alyse LaHue, general manager for the Chicago Red Stars. “It has always been day-to-day when it comes to her rehab and progress and we have never pushed her to start playing before she feels completely ready. We keep in constant contact with her and when the day comes that she is feeling both physically and mentally ready to go at it again, she knows we are here and ready for her.”

Tarpley admits, though, she doesn’t know what a full recovery means yet. She can’t compare it to her previous recovery because this time is about “trying to figure out what normal is,” she said. When asked about her recovery process, Tarpley was noncommittal, stressing a day-by-day approach.

Her standards as a world-class athlete remain high. But part of her delayed recovery is also a cautious approach. Tarpley stressed throughout her interview with The Equalizer that she was looking at her long-term health.

“It means doing everything right now so that in 10 years, I’m still able to be active and do the things I am passionate about,” she said. “I don’t want to look too short-term and not see the bigger picture.”

That bigger picture has changed since May 2011. Last July, Tarpley and her husband had a son, Jacob.

The last time she played soccer was as a full-time professional for the national team and WPS club magicJack. These days, being a mom is a full-time job.

When asked about Jacob, her tone lifts and the joy in her voice is obvious. He’s changed her perspective in life, she said.

“Motherhood is incredible, but it’s also challenging and really hard,” she said. “It’s so much fun and the rewards are priceless.”

There was perhaps a time when that was how she looked at soccer above all else. The past two years have brought changes, yes, but soccer is still on the horizon, she insists.

She is following the NWSL season and calls it an exciting development for young players who will have a place to play after college. Although a member of the full national team since 2003, Tarpley made soccer her career in both the W-League and WPS on teams such as the Red Stars and the Boston Breakers, both of which play in the NWSL. She also briefly played for Saint Louis Athletica and magicJack.

Soccer remains part of her dreams, whether it’s with the NWSL or not.

“I know that in some way, shape or form, I will always have soccer involved in my life,” Tarpley said. “I know what my goals are and what my visions are, but I think time will tell.”