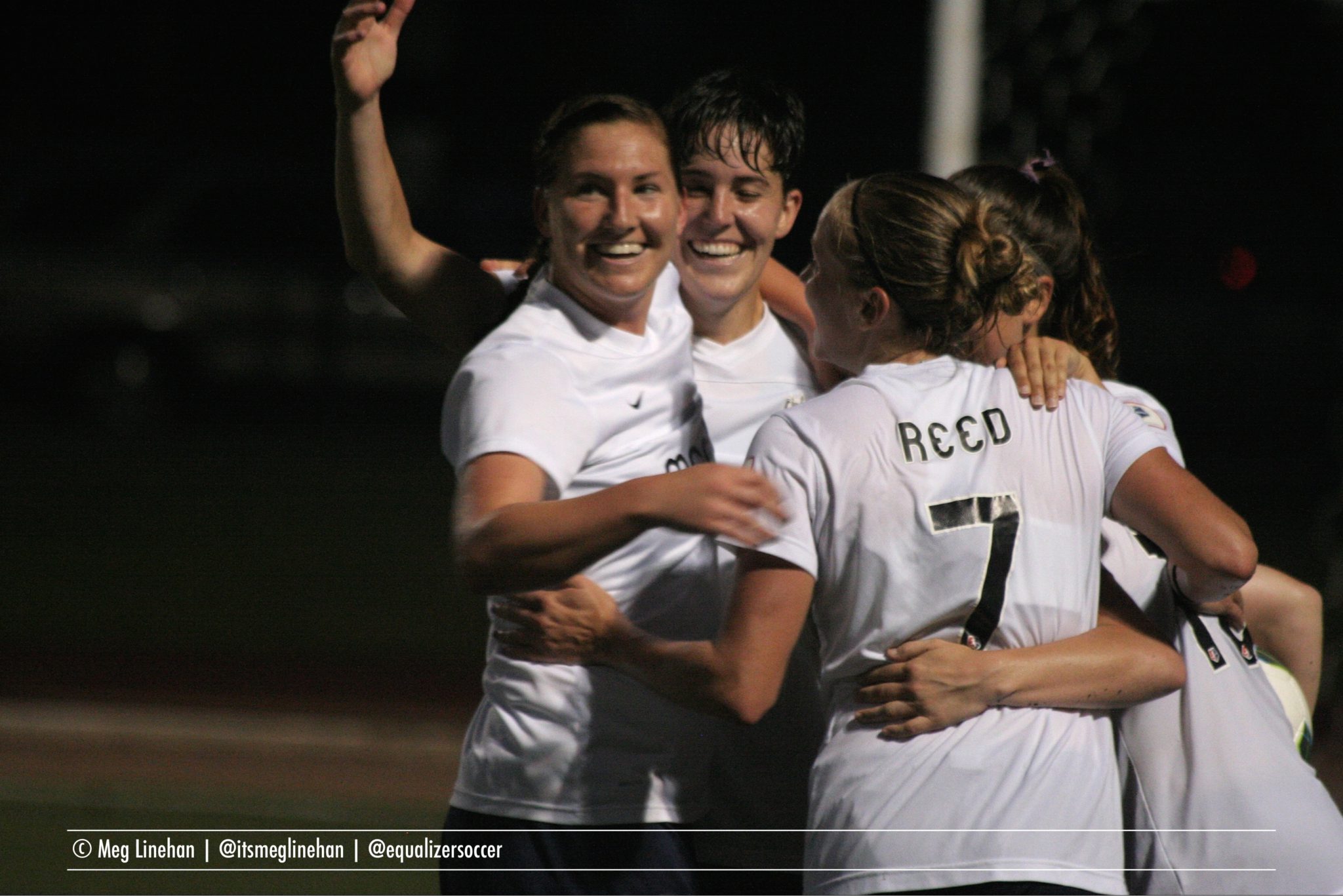 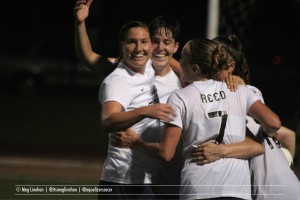 Seattle Reign FC are now on a two-game winning streak and are unbeaten in their last three. (Photo copyright Meg Linehan for The Equalizer.)

Suddenly, Seattle Reign FC are on a winning streak.

A 3-1 win over the Chicago Red Stars on Saturday night at Starfire Stadium gave Reign FC their second-straight and second overall win. The victory gives Seattle (2-9-2) eight points and pulls them out of last place in the National Women’s Soccer League for the first time in two months.

Seattle took the lead in the 53rd minute when Kaylyn Kyle sent fellow Canadian Erin McLeod the wrong way on a penalty kick. Ella Masar brought down Kennya Cordner from behind in the box to concede the kick from the spot.

Jessica Fishlock scored the game-winner for Seattle in the 59th minute and Megan Rapinoe — making her home debut in front of 2,318 fans — scored an icing goal in second half stoppage time to seal the victory for Reign FC.

Rapinoe entered the game immediately following the penalty kick and within three minutes found space to slip in a ball to Fishlock, who scuffed a left-footed shot just wide of the far post.

Fishlock found net in the 59th minute after a poor giveaway in the back from Chicago defender Sonja Fuss. Trying to play out of the back, Fuss passed the ball right to Christine Nairn, who played the ball forward to a wide-open Fishlock for the finish.

Michelle Wenino gave Chicago hope with a wide-open header from a Julianne Sitch corner kick in the 84th minute to cut Seattle’s lead to 2-1, but Rapinoe scored on a breakaway in stoppage time after Fuss didn’t close her down, giving Seattle a 3-1 win.

Goalkeepers Hope Solo and McLeod traded big saves in a two-minute stretch of the first half. Solo kept the Red Stars off the board in the 34th minute when she denied Inka Grings in a 1-v-1 opportunity after Alyssa Mautz’s flick-on header put the German forward in behind Seattle’s defense.

Two minutes later, McLeod made a diving save on a low, snap header from Fishlock.

Solo was forced into a near post save by Mautz in the 26th minute on a play similar to the goal she allowed to Erika Tymrak vs. FC Kansas City on June 9.

Chicago’s Maribel Dominguez twice came within inches of scoring in the second half. Her cross-turned-shot hit off the crossbar in the 64th minute and just second’s before Chicago’s goal, Dominguez forced Solo into a point-blank kick save from inside the six-yard box.