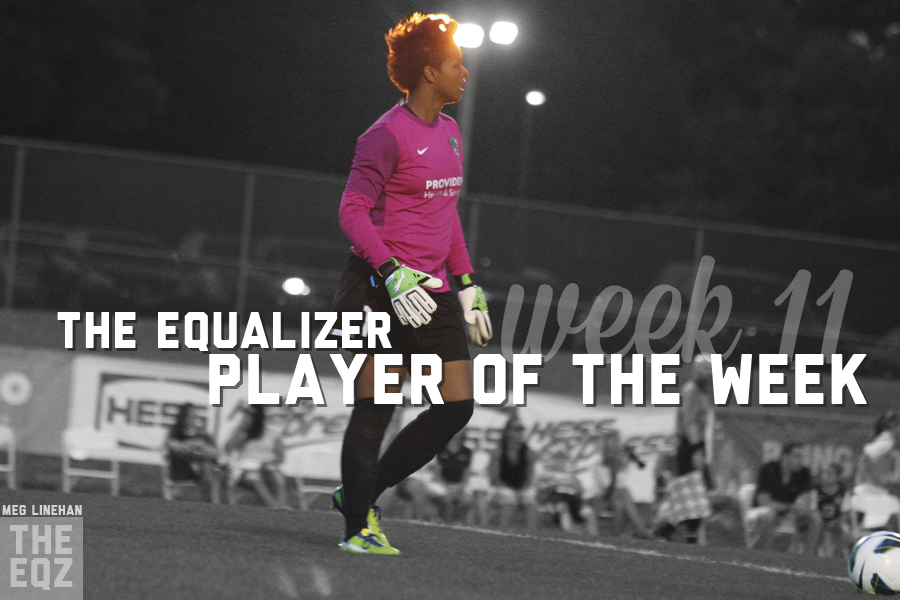 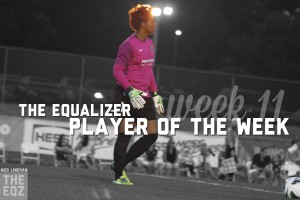 Karina LeBlanc has been voted the Player of the Week for Week 11 of NWSL action by the editors of The Equalizer. (Photo copyright Meg Linehan for The Equalizer)

Portland Thorns FC goalkeeper Karina LeBlanc is The Equalizer’s Week 11 NWSL Player of the Week, as voted on by the editors of the site.

LeBlanc made seven saves in Portland’s 0-0 draw on the road vs. Sky Blue FC on Saturday and kept the home side off the scoreboard with a flurry of saves in stoppage time. She also twice stopped speedy Sky Blue forward Lisa De Vanna – once in each half – on breakaways to keep the clean sheet.

“They were at home and they were pushing numbers forward,” LeBlanc said. “For me personally, (it’s) always just find the ball.”

The shutout was LeBlanc’s sixth of the season. Sky Blue goalkeeper Brittany Cameron also earned her sixth clean sheet of the season on the other end of the field.

Thorns FC coach Cindy Parlow Cone called LeBlanc the player of the match and said her team was “lucky to come away with a point.”

The Equalizer’s NWSL Player of the Week Archive

NWSL Attendance Watch: Week 11
The Lowdown: What we learned in Week 11